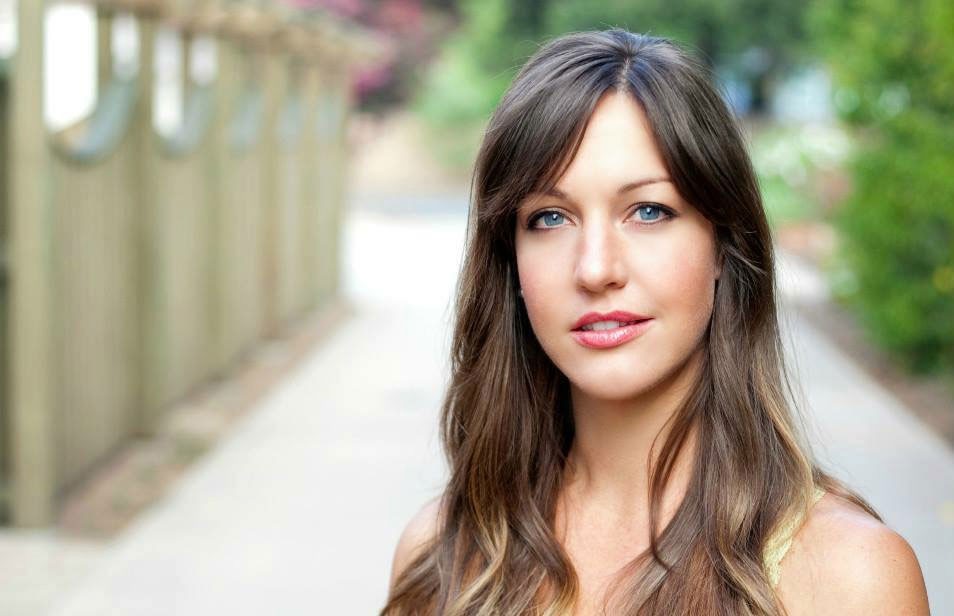 Rachel Tenpenny Crawford speaks with a kind of consideration that reflects a deep humility. Her manner is warm. Her spirit is open. Her gaze is magnetic.

I met Rachel while on a women’s retreat in Ojai, California. We gathered around a fire pit to share stories. I had come from the freezing cold Northeast during a winter of epic snow into the citrus-infused, sprawling hills of Ojai, where I quickly understood what John Steinbeck was describing in The Grapes of Wrath. All the colors of the terra-cotta earth and sky were so vivid they made me squint.

Rachel’s husband is a pilot in the United States Marine Corp, rank of major. He has been deployed four times in the last eight years, and he remains on active duty. One of Rachel’s children was born when her husband was deployed overseas.

Rachel is a mother of four. Her sons are ages 6 and 10, and her twin daughters died at a few weeks old in the summer of 2008.

Inspired by Rachel’s sister Crystal wanting to comfort Rachel after her daughters died, Rachel and Crystal created Teamotions, a tea company whose teas are specifically developed to help support people in grief as they integrate the experience of loss.

The company launched in 2011 and now offers a line of diverse offerings to support and promote health and wellness—and they are delicious.

As their company has expanded, so, too, has their client base. The teas now support physical and psychological health generally.

ESME caught up with Rachel to ask about how she makes it all work as a Solo-Mom entrepreneur.

Q: Thanks for talking with us, Rachel. As the wife of an officer in the United States Marine Corps, what is something that people generally misunderstand or don’t consider when thinking about what it means to be the wife/Solo Mom in a family where the father is deployed?

A: Well, I would say that one thing is that even when they [partners/husbands] are not deployed, they are not necessarily accessible on a day-to-day basis. Often, they are in workups, which are sort of like predeployment training. Depending on where this takes place, they may or may not be able to communicate with their families easily. Sometimes security is an issue, sometimes technologies aren’t available. People assume that it is easier than it actually is to access technologies—Skype, WiFi—these things can go down for weeks at a time. There is no such thing—it is not a given that one can ever easily say, “Well let’s just Skype Daddy.”

Q: That must be really difficult, requiring you to make lots of decision on your own as a Solo Mom, things that need to be sorted immediately. What else?

A: The other thing to remember is that families are sent to duty stations when military personnel deploy. He deploys from there. Usually there is a community, but it is an adjustment. There is a lot of turnover. When we went to San Diego, I was new there. My family was not there. I did not have one single friend. I was super pregnant and alone. To get there, oftentimes you have left things behind—a job, friends. It is starting over with your kids by yourself. You do this over and over again. You move a lot.

Q: As a Solo Mom with not a lot of time, how do these factors affect how you transition?

A: Regarding turnover time—it is weird. I can be pretty open, sociable. You get a lay of the land pretty fast. You find communities, certainly. But within communities, there are differences, too—or, just because you have something in common, doesn’t mean you have everything in common. You find your support system, though, even though the turnover rate can be high. When you have arrived, the person you like has one foot out the door, is just about to be transferred.

Q: I know! I have that weird radar, too—I am so often attracted to friends who aren’t deeply committed to the area I live in.

A: I know it! [Laughs] When we moved from San Diego to North Carolina I thought, once again, that when you get situated you move again. You have just figured out where the indoor parks are, who the good pediatricians are, and then you move!

Q: As a Solo Mom of two boys, what makes you proud?

A: My children are so well adjusted. For having a pretty fly-by-the-seat-of-their-pants existence, the kids are adaptable. I trained them: you make it as it is. There are choices to be made. We have rituals when we leave a place. We honor and cultivate completion—from one thing, going into the next. We drive around, and we say goodbye to favorite places. My oldest is in fourth grade, and he has been in four schools. My boys aren’t terrified of new stuff. That makes me proud.

Q: If you met a Solo Mom who was trying to launch a business, what would you advise? What do you wish you had known?

A: Just that starting a business is 10 times harder than you think it is going to be! It is not you! It is just hard. I know it seems funny, but reject “balance.” Life is about choices rooted in values. When you are starting a business, consider your values. Then let those values inform your choices. Live your life and run your business according to your values. What is work-life balance? What does that even mean?

Q: So strive for a consistency in how you answer to multiple needs and demands? Or, how do you mean? How does this translate in business?

A: Start by having healthy boundaries. I am a mom alone most of the time. I am a mom. If I bring my nursing baby to a business meeting—deal with it. If you want to work with me, this is the situation.

Q: And managing the kids?

A: Healthy boundaries there, too. Today my kids had the day off from school. I told them that I had to work some of the day. They helped around the house—unloaded the dryer and stuff.

Q: What would you say to a new Solo Mom trying to figure this out?

A: That there is a line of too much sacrifice. Obviously, we would do anything we needed to, but generally when a line is crossed, it is not good—I am not OK and then the kids are not OK. Don’t sweat the small stuff. Throw your kids into bed without their pajamas on. Get over it—you’re not a bad mom.

Q: Awesome advice! Anything else while we’re here?

A: Sometimes survival is underrated. Keep your head above water. Give yourself a high-five! The hardest part of being a Solo Mom is advocating for yourself.