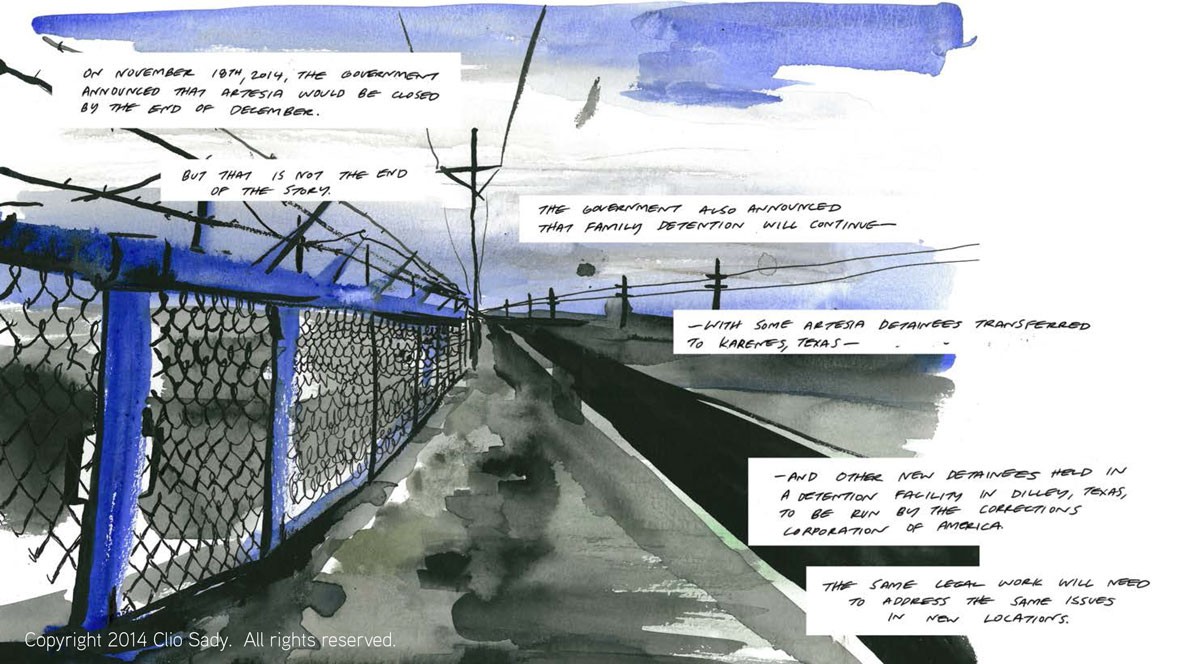 Much has been written about the tragedy of women and children indefinitely held in detention camps along the U.S.-Mexico border. One center in Artesia, New Mexico, stands out as a symbol of the harsh conditions that greet these families after their long and difficult flight from the violence of their homes in Central America. The Artesia detention center recently roared to national attention with a powerful cover story in the New York Times Magazine, featuring volunteer attorneys who seek to ensure due process for the hundreds of asylum seekers detained for months on end. The story describes the scene when one of the lawyers, Christina Brown, first arrived: “A door in the back opened to reveal dozens of young women and children huddled together. Many were gaunt and malnourished, with dark circles under their eyes. . . . ‘A lot of the moms were holding them in their arms, even the older kids—holding them like babies, and they’re screaming and crying, and some of them are lying there listlessly,’” Brown said.


This account, and many others that corroborate it, echoes the experiences of thousands of Solo Moms seeking safety and a new life in the United States each year. But perhaps nothing conveys the tragedy of these camps as vividly as the images captured in the graphic novel Families Behind Barbed Wire by Stephen and Clio Reese Sady. Clio painted what she saw while her father, Stephen, volunteered his legal aid (no cameras were allowed), and the online book’s sparse handwriting and stark watercolors speak with the urgency and pain of an eyewitness account.

Today, the detention center in Artesia is closed, but exhausted mothers and kids who turn themselves in to U.S. border patrol agents remain in limbo. Most have been moved to new detention centers in Karnes, Texas, and legal-aid teams are scrambling to follow them, winning cases one by one but also fighting to end the policies behind the crisis. The Sadys are working to establish Restaurando Vidas, a foundation to support the women and children who were detained in Artesia, and they share their book to raise awareness of the ongoing struggles of these Solo Moms and to encourage solidarity and action.

For a detailed account of the camp, see the Innovation Law Lab’s report Ending Artesia by Stephen Manning, a board member of the American Immigration Lawyers Association. 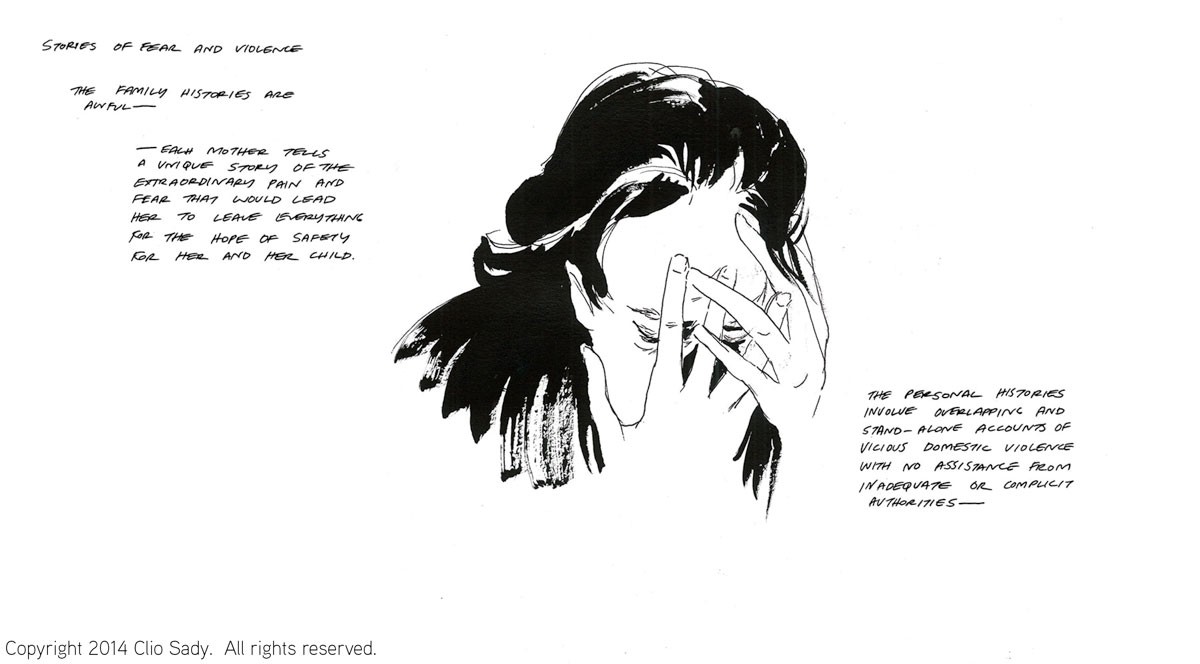 Images reprinted by permission of the author and illustrator, Stephen Sady and Clio Reese Sady, respectively.

Elisa Martínez, ESME's Guide for Immigration, is a PhD candidate in sociology at the University of Massachusetts. She’s also a Solo Mom to her larger-than-life son, Justin.