Worried That Your Kid Selected a Party School for College? 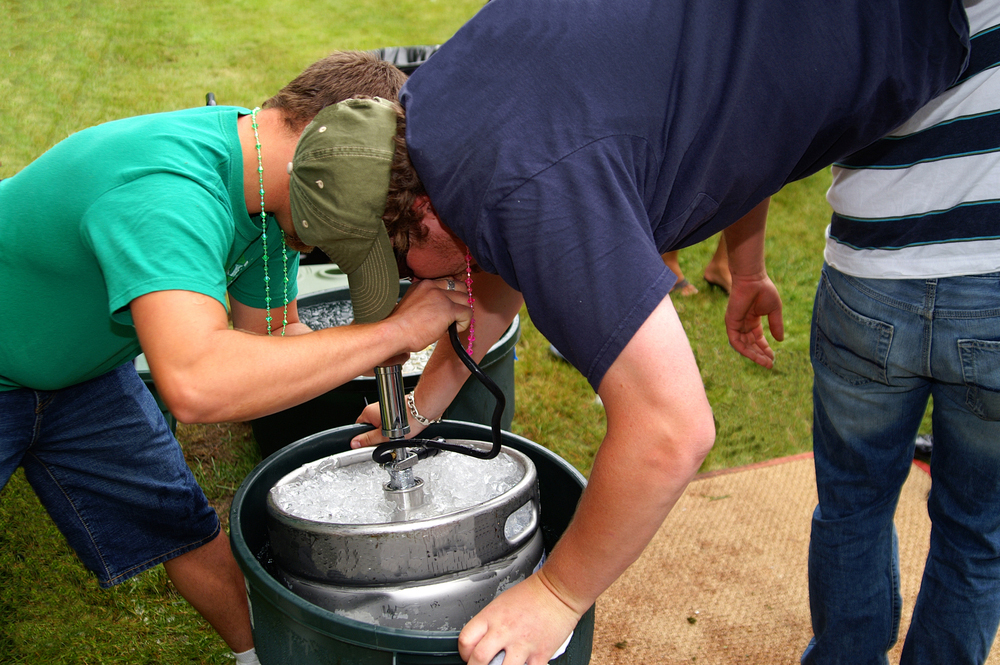 Conversations that should happen before they pack

When my virtuous, fairly naive, über-student daughter left for the University of Southern California (USC) last fall, I cried not only for my empty nest but also for the loss of my daughter’s innocence. Because although USC is a good school, it’s also known as a party school. The big, bad Trojans would surely eat up my 99-pound daughter with the big blue eyes and voice of an angel like a buffalo chicken wing dipped in blue cheese dressing. She would become an alcoholic and start smoking pot, and God only knows the things she would do with boys!

I was completely wrong.

She didn’t drink. She doesn’t like to drink. She also doesn’t like pot. She made some new friends, got great grades, and found her first boyfriend—who is perhaps sweeter than she.

Of course this would be the case—after all, I raised her. Why would I assume she’d magically transform into John Belushi when she went off to college?

Nevertheless, we panic. We are single moms, so we often panic for two. And let’s face it: college is your child’s first taste of the world without parental oversight. It’s safe to assume he may want to go a little nuts, and we worry because we aren’t there to protect him.

We’ve read the stats on depression, alcohol abuse, and sexual assault on college campuses, with freshman year being the most vulnerable year for students. Ergo, worries are valid regardless of your child’s values and previous perfect behavior.

Bear in mind that all schools aren’t party schools. If the idea of attending a “party school” causes your child anxiety, do some research. There are rankings on the Internet.

But if your child does happen to get accepted into the number-one pop music program in the country (as my daughter did), and it happens to be in the top 20% of party schools (like USC), then perhaps consider the following:

Set up Uber and Lyft accounts. These services are the best thing to ever happen to a worried mom. Get those accounts up and running, and have your child get comfortable using them before she leaves for school.

Communicate. Begin the conversation as soon as possible. Let nothing be taboo. Tell him your concerns. Discuss his feelings on the matter. Even though your child is leaving the nest, let him know you will continue to care about him, his activities, and his friends.

Not wanting to scare my daughter (OK, maybe wanting to scare her a little), we looked at studies on college drinking. The good news is research shows that not all college students drink! And if they do, they do it pretty reasonably. In fact, reasonable is the norm, and kids want to be normal.

Yet the National Institute on Alcohol Abuse and Alcoholism states that although there’s been a decline in binge drinking, those students who do binge drink are taking it to new heights and even more dangerous extents.

Lay out your expectations: If your child hasn’t been drinking, encourage him to wait. If your child is off to school already drinking, discuss limitations or giving it up. For some kids, college can be a fresh start. And, most important, set a good example.

Discuss ways to avoid partying irresponsibly. Some ideas to offer your kid might include:

Address the topic of sexual assault. We all worry about this, and research shows freshman and sophomores are at the most risk when they aren’t as shrewd, are peer-pressured or somehow “impaired,” and mom isn’t there to look out for them. A recent Brown University School of Public Health study found that one in six freshman females had either been raped or experienced an attempted rape, and 83% of them were incapacitated at the time.

Talk to your children about poor judgment, risk assessment due to alcohol, and pressured consent (in addition to the meaning of consent). Discuss the consequences, and let them know that no matter what, they can always come to you.

Make “ruffles” part of the conversation. Rohypnol, also known as “ruffles,” is an undetectable drug that can easily be slipped into a drink, unnoticed. Once consumed, it will leave its victim completely incapacitated. This has always been a personal fear of mine because it happened to me. Ergo, in my house we started the conversation when my daughter began high school. We kept it simple, direct, and nondramatic—just another safety practice in life to be put into place, like wearing a seat belt.

Like handwashing postpotty, my daughter has it ingrained in her to always carry her own water bottle, only drink from a can or bottle she opens, and never put her drink down at a party or club. If she does, she needs to open a fresh drink.

Discuss Greek life. If your child wants to join a fraternity or sorority, he’ll be exposed to his options freshman year. For many students, this is part of the college experience, and as a parent, it doesn’t have to signal the end of your child’s college career. Bear in mind the Greek system can offer students a built-in social circle, connect them to students with shared values and goals, and offer academic and leadership opportunities—plus lifelong connections and friendships. The houses vary from state to state, and campus to campus.

Finally, don’t forget your child’s emotional and mental well-being. If your child is off to a party school and feeling angst, pressure, bullying, exclusion, or depression, those feelings can lead to partying. Plenty of on-campus support options are available to lower this risk. Listen to your child, and if you see red flags, you can call the school. Although the school isn’t able to discuss an over-18-year-old student’s health with a parent, that doesn’t mean the parent can’t reach out to share concerns.

Believe in your child. You have done a great job mommying so far . . . and now you will see the fruits of your labor. Don’t add to the stress of separation by vomiting your worries all over him. Still, keep the lines of communication open. It will make you feel better and your child feel safer and more secure.