What Are My Child’s Rights During Divorce? 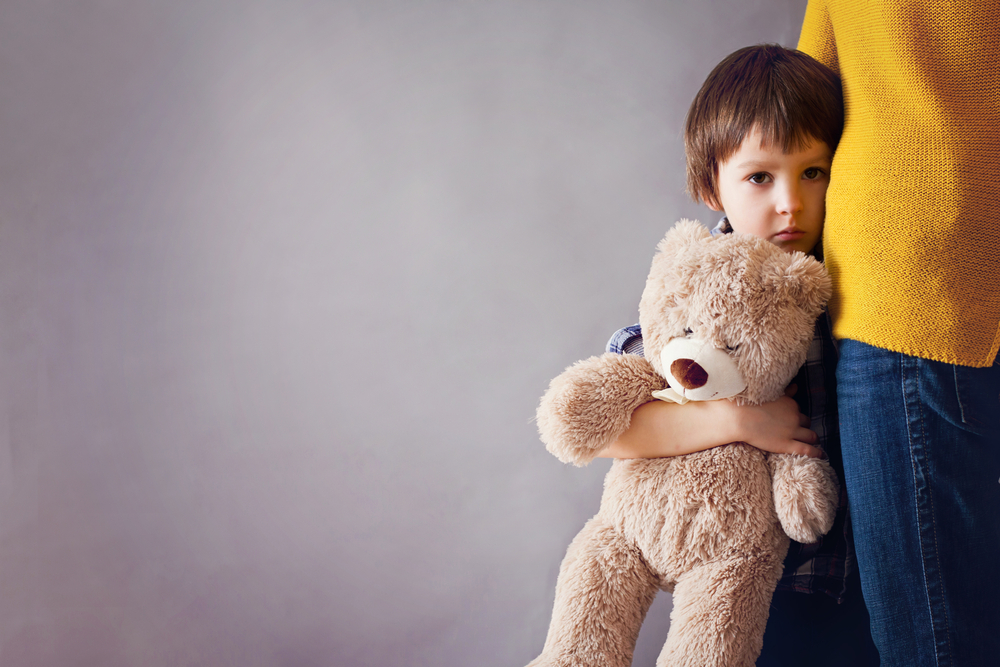 And what happens if those rights are violated?

When my divorce began, I hired a child psychologist for my then four-year-old daughter. I knew she would need professional help to process all the changes in her young life, and I selected someone who specialized in divorce. One of the first things he explained to me and my ex was the Children’s Bill of Rights. It seemed so simple and obvious, but, as I learned throughout the course of my divorce, that document was written for a reason.

There are many versions of this bill of rights, some more detailed than others. But they all give the same message: children have the right to a positive relationship with each parent, and neither parent should interfere. During or after a divorce, children shouldn’t feel as though they must “pick sides,” are being forced to choose one parent over the other, should be responsible for a parent’s emotional needs, or become the “messenger” between the parents. And, of course, kids have the right to simply be kids.

“The bill of rights is so important, and it’s been around a long time,” says Dr. JoAnne Pedro-Carroll, whose book Putting Children First (2010, Penguin Random House) addresses this issue and others. “The reason it’s so important is those points reflect volumes of research of what we know about the adult behaviors that put children at risk when their parents are engaged in conflict. On the flip side, these protective measures keep children resilient so they are not affected by divorce. These points are so fundamental [to] how children will do over time.”

But what happens if a parent violates this bill of rights? This can occur at the beginning of a divorce, during a custody evaluation, or after the divorce is final. Regardless of the timing, how should this problem be solved, and who should do the solving?

Step one: Approach the other parent, if possible

First, it’s important to remember that just because the other parent is doing something wrong, it doesn’t mean you should as well. Instead of retaliating, consider approaching the parent. If your relationship is one in which you communicate well, this is a great first step, as it may be all that’s needed. However, if your relationship is contentious, this approach may not work.

“The first thing you want to do is ask, because you may be wrong,” explains Dr. Robert Emery, a psychology professor at the University of Virginia, whose most recent book, Two Homes, One Childhood (Penguin Random House, 2016), guides divorced parents on to how to work together as their children grow. “Maybe your friend is stirring the pot or your child is telling you this because [your child] think[s] it’s what you want to hear.”

Your approach is key: don’t accuse, just ask. Let the other parent know what you heard and who told you, but don’t go into specifics, as that will put him on the defensive. Emery suggests it could be as simple as “I thought you should know that our daughter told me you said some things that I find hard to believe you would say. What’s up?”

If the other parent admits to what was said, thank her for being honest, recognize that we all screw up, and ask her not to do it again. However, if the other parent denies she said anything, don’t push it. It’s hard to admit to an ex that you’ve screwed up. Instead, know that the message was received and hope it will prevent future missteps.

Depending on the age and personality of your child, the best solution may be for the child to speak to the offending parent directly. For many parents, a child asking them to stop a certain behavior makes a big impact and may be all that is necessary. It can also empower your child to know that her voice/request is heard.

“It’s always appropriate for a child to express how they feel,” advises Emery, whose research includes children’s mental health, parental conflict, and divorce. “If I bad-mouth my ex and my child says ‘Don’t say that’ or ‘It hurts my feelings,’ that’s always appropriate. It’s also okay for the other parent to encourage their child. They can tell their child that it’s okay to tell your mother or father how you feel. But that doesn’t mean you should turn your child into the go-between. The parent should not say, ‘You should tell your father he shouldn’t talk about me that way.’ That’s the wrong approach.”

A children’s therapist, especially one who deals with divorce, can provide a safe setting for your child to be heard and understood. Once the therapist has an understanding of the situation, he or she can then approach the offending parent to help that parent understand the impact it’s having on the child. The offending parent may not understand that attacking the other parent often feels like an attack on the child. Children recognize that their DNA makes them part of each parent, so if one parent is attacked, the child may feel as though he or she has the same problems.

“The therapist would meet with the child and then the parent individually, forming an alliance and empathizing about the difficulty in managing emotions,” Pedro-Carroll describes. “They will encourage the parent to rise to the occasion and help their child through this. Then, after that, there may be a meeting with the child and parent about how to strengthen their relationship. The kid would have the opportunity to explain that they want to be close to the parent, but it’s hard when they say bad things about the other parent.”

If the behavior continues, or if the other parent refuses to work with the child’s therapist, then look for a parenting coordinator who can help. The coordinator’s role, either during or after a divorce, is to determine the underlying issues and help parents solve them.

“When you have this kind of hostility toward a parent, it can tremendously impact the child,” Pedro-Carroll emphasizes. “Divorce or post-divorce professional help can be so important. Parent coordinators specialize in these conflict situations and help the parents find better ways to deal with them so it’s not spilling over to the child. Children deserve that. It’s not too much to ask for parents to be civil to each other.”

If everything fails, take comfort in the research

Unfortunately, in some situations, nothing may work. The offending parent will simply refuse to stop his or her behavior, often convinced that doing so will create an alliance and secure the child’s loyalty; however, the opposite is usually true.

As children get older, they may refuse to go to the offending parent’s home. The situation becomes painful and stressful for the child, and the child doesn’t want to be around a parent who is constantly speaking negative about the other parent.

In fact, Emery’s latest research proves this point. “My research concluded that if you are denigrating the other parent to the children, you don’t end up alienating the kids from that parent, you end up distancing the kids from you. You are going to hurt your own relationship with the child.”

Going through a divorce? Here are two articles that are very helpful: “Our Collective Hindsight Can Help Your Divorce” and “Why You Must Thrive as a Single Parent After a Divorce.”