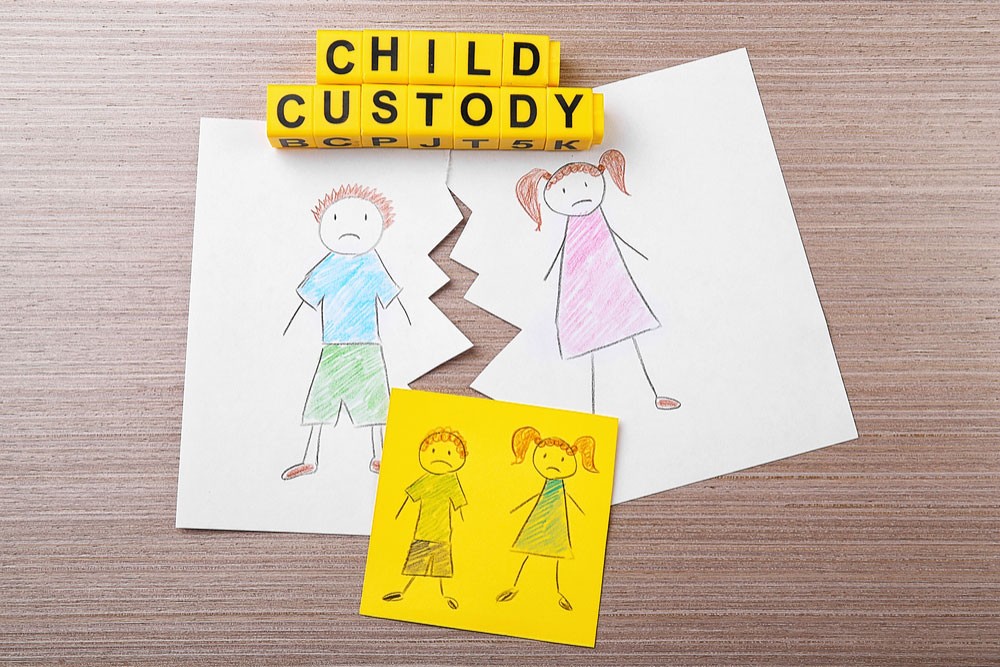 The experts weigh in on what you should know

Divorces come in all shapes and sizes. Most can be handled outside the courtroom, usually with attorneys through negotiations, in a collaborative setting, or with mediation. However, if your divorce is particularly contentious or you have real concerns about your partner’s ability to care for your children, then you may choose to fight for sole custody.

Once you choose to take on that battle, what happens next? What do you need to keep in mind? How do you prepare for your custody evaluation and the entire process? And, most important, what shouldn’t you do?

A divorce attorney, a custody evaluator, and two Solo Moms who survived the evaluation process weigh in. Their experience and advice will help you understand some of the ins and outs of a custody battle.*

“The biggest issue is cost,” Jennifer Kouzi, a founding partner at Kaminer Kouzi & Associates LLP, explains. “The truth is most people cannot afford to litigate custody issues, especially when an evaluator is necessary. It can be financially debilitating. Sometimes a judge will make the wealthy spouse pay for all or most of the process, and on a rare occasion the judge will order for the state to pay for the evaluation.”

Once finances have been put in place, then it’s time to prepare for the evaluation. Here, you will enter a phase that Kouzi refers to as “litigation land.” During this time, every action you take—with or without the kids—will be viewed under a microscope, and your former spouse will look for any way to use that against you.

“This is a fantasy/fictitious life where something that is not a big deal in real life becomes an issue in court,” Kouzi says. “For example, when I am in my stable, happy marriage, I may not wake up with the kids in the morning because I was up late the night before doing laundry, cooking for the next night, and making lunch. In this life, my husband may take care of the children in the morning because I handle the nightly chores. But in litigation land, I’m now viewed as lazy, and I’m not doing a good job taking care of the kids. Things can be spun into a version of reality that doesn’t match the former situation at home.”

Custody evaluators are mental-health professionals who help advise the courts on relevant issues such as mental-health, social, developmental, and educational concerns, or other areas that a court specifically requests be addressed. Their recommendations allow the court to make the best decisions with regard to custody and other disputed issues for the children’s short-term, intermediate, and long-term best interests.

“The single most important thing I can say is it’s imperative that you be who you are and not someone else,” advises Dr. Marc Abrams, a custody evaluator practicing in New York. “Don’t try to create an impression other than who you are. It’s OK to be anxious. It’s OK to angry. It’s OK to be sad. It’s even OK to be depressed.”

It is also incredibly important to be prepared. Deborah and Shauna, two Solo Moms who recently experienced custody evaluations, agree that documentation was an essential component. Both women maintained detailed notes about their activities with their children and interactions with their former spouses. They also prepared for each evaluation by developing key talking points to make sure that the evaluator received all the necessary information.

“I remember the first time I went in to talk to my evaluator,” Deborah recalls. “She said, ‘I know this isn’t fun for you and that it’s a really stressful time for families. The outcome is going to be determined by what you tell me. I won’t know something unless you tell me, so please tell me what you have to tell me. I wish I could put my hands on your head and transmit the memories so you don’t have to relive the trauma, but I can’t.’”

Abrams agrees. “Because it’s such a stressful and intrusive process, people forget critical things or important narratives,” he says. “It’s important to have your historical narrative written down. History has a tendency to repeat itself. A good evaluator is looking at the historical narrative as to what has gone on in the past as well as what is going on now so they can predict what will happen in the future.”

It is important to not only share your story but also appear fair and balanced. When speaking with an evaluator, be up front about your strengths and weaknesses as well as those of your ex. The evaluator is also looking to determine who is the more balanced parent. If one parent’s perception is singularly negative, then the evaluator may draw the conclusion that that parent will not help the children foster a good relationship with the other parent.

Even though Deborah had serious concerns about her ex’s mental fitness to care for their children and what long-term damage he may cause, she also made sure to point out the positives. His skills in the kitchen and ability to change a diaper or kick a ball were all positives she mentioned to the evaluator. She also pointed out her own faults, and she was careful not to lie.

“If I didn’t know something, there was a rumor, or I couldn’t remember the details, I wouldn’t make it up,” Deborah recalls. “I simply said, ‘I honestly can’t remember what happened after this incident, and I’m not going to make it up. That’s as much memory as I have.’”

At some point during the process, most evaluators will observe each parent’s interactions with the children. Based on the age of the children, they may interview them as well.

“It’s important that you act normal—don’t try to act like parent of the year,” Abrams advises. “No one is parent of the year. The evaluator should be able to pick out when the parent is acting naturally with the child or when it is clear that this is not a common interaction. In addition, do not coach the child to say certain things. A good evaluator knows how to determine what is an accurate representation from the child and representations that were coached for the child to say to the evaluator.”

The process of an evaluation can be invasive and scary. Deborah and Shauna explained that they were terrified throughout the process—leaving the fate of your children in the hands of a stranger is not easy. Kouzi, Abrams, and both women all agree that it is necessary to have your own mental-health professional during the process.

“I was lucky that I had a good psychologist who helped me process everything during the evaluation,” Shauna explains. “He helped me prepare and understand what was happening. Thanks to him, my head was clear, and I had excellent support before, during, and after the evaluation. While I didn’t know it at the time, working with him was key.”

The final pieces to the evaluation process are evidence and collateral witnesses. Deborah spent days meticulously organizing e-mails, journal entries, and letters of recommendation in a binder for her evaluator. Similarly, Shauna regularly documented her ex’s behavior and her time and activities with the children to prove that she was the primary caretaker. Evaluators also ask for collateral witnesses, and it is important that they be as neutral as possible. An educator, child-care provider, or therapist are better choices than your mom or childhood best friend. Choose wisely—these people may be able to provide a new perspective that the evaluator could find helpful.

Once the evaluation is complete, the evaluator will create a report that details the interactions with each parent and the children, in addition to information from collateral witnesses. The report will include a custody recommendation based on the best interest of the children.

According to Kouzi, most people settle once the report has been issued. The recommendations are usually a guideline for how the couple will settle their divorce. But there are occasions when the case does go to court. Often, the evaluator will testify.

“With some personalities, especially in an abusive situation, going to court is a continuation of abuse,” Kouzi explains. “On the flip side, if someone has been labeled an abuser, they may be upset and want to clear their name. It is important to confer with your lawyer once you receive the report. They will help you make the best decisions for your particular case.”

While Deborah was able to settle her case based on the evaluator’s report, Shauna did go to court where the judge ruled as the report had recommended. Shauna advises, “Court is not about finding the truth. It’s about winning.”

Trials are financially and mentally draining, and Kouzi recommends that parents dig deep and face the reality about themselves before they commit to that process. Finding a way to work together amicably is always in the best interests of the children and the parents.

If you do proceed down the legal route, proceed with caution and take the advice of a quote Kouzi recently read: “Dance like no one is watching; email like it may one day be read aloud in a deposition.”

*Always seek and follow the advice of your attorney.