The Loomba Foundation: Caring for Widows Across the Globe 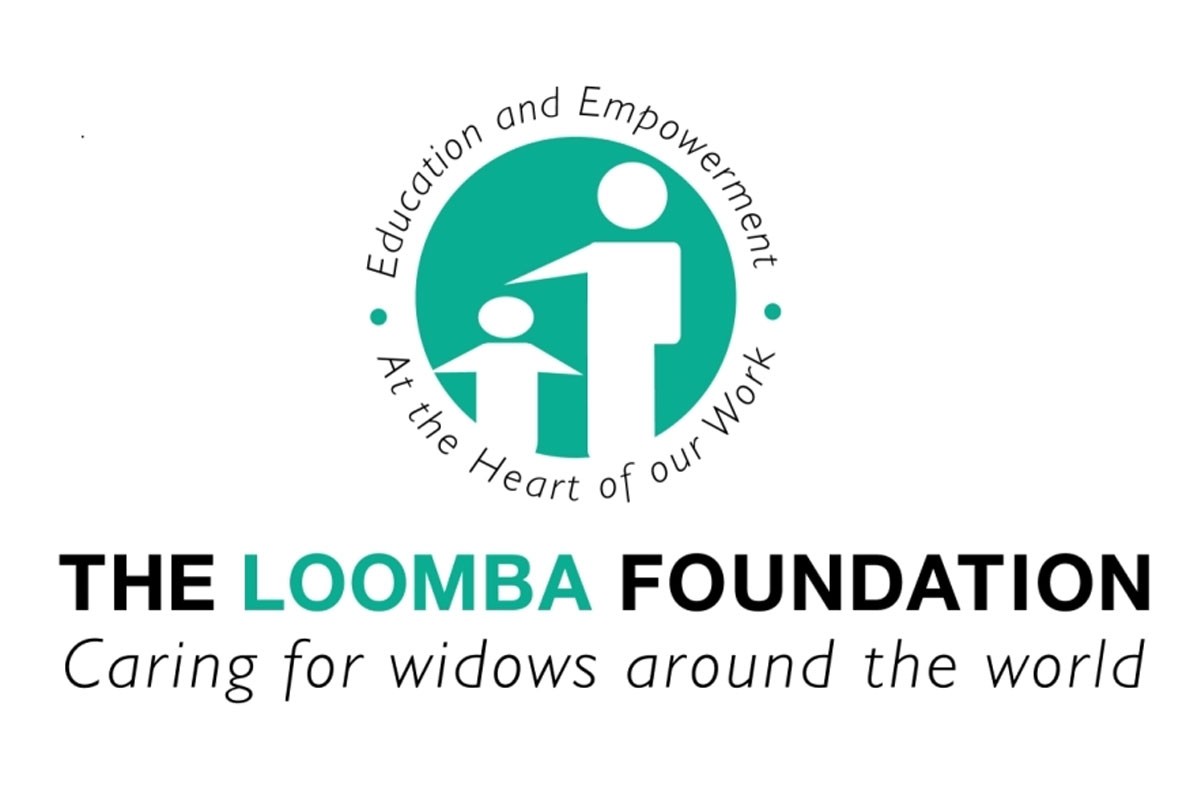 “You can tell the condition of a nation by looking at the status of women.”
—Jawaharlal Nehru

I first had the honor of meeting Lord Raj Loomba, CBE (Commander of the British Empire), at his London office in October 2014. Weeks later, he invited me to New York City to be one of his guests at the United Nations (UN) Humanitarian Awards Dinner where he was honored with the 2014 Humanitarian Award. The theme of the dinner was “Empowering Women: Promoting Peace and Prosperity,” and in a letter to the audience, UN Secretary General Ban Ki-moon wrote, “The United Nations draws a direct link between progress for women and advancements across society as a whole.” And no one understands that better than Lord Loomba. He is truly a voice for the oppressed and marginalized in society.

The Loomba Foundation was established in 1997 in memory of Lord Loomba’s late mother, and since then, the nonprofit has educated more than 9,000 children of poor widows in all 29 states of India. In November 2012, he received an NRI Philanthropy Award from Forbes India; in June 2013, UN Women named Lord Loomba the first Founding Champion of the Circle of Widows Rights; and in 2014, he received an Honorary Fellowship from the University of Northampton in England.

It was in his London office that he explained to me the impetus for creating the Loomba Foundation. Lord Loomba’s connection to the plight of widows began in his own family: Lord Loomba’s mother, Shrimati Pushpa Wati Loomba, became a widow when he was just 10 years old. She became a Solo Mom to four sons and three daughters, and, as was customary after becoming a widow, she was asked to remove all her jewelry and her bindi and wear only white clothing. Even years after her husband’s death, her societal status did not change. At Lord Loomba’s wedding, she was asked to leave because having a widow present is viewed as bad luck.

With the money Lord Loomba’s father left the family, his mother paid for the education of her children and the weddings of her three daughters. Lord Loomba was educated in India and the United States. Upon graduation, he joined his brother in Great Britain and did everything from mopping floors to driving an ice cream truck. Eventually, he established a garment business; however, he never forgot the shame his mother endured after his father’s death.

Lord Loomba knew that his family was fortunate in the sense that his father had left them money, but he wondered what would have happened if there had been no financial security. He was frustrated with the way that his mother was treated and decided that he would help educate the children of poor widows. He began to see the physical conditions that the children of widows were living in, that the families were literally living from meal to meal, and realized that he needed to help empower widows to develop financial autonomy. He knew that education was the key to breaking the cycle of poverty, so in 1999, Lord Loomba established the Shrimati Pushpa Wati Loomba Memorial Foundation (a sister charity to the Loomba Foundation) and launched it in India with India’s then prime minister, Shri Atal Bihari Vajpayee. The goal of the foundation was to educate more than 100 children in each Indian state. Presently, the foundation educates more than 3,000 children in India and has educated more than 9,000 children to date. His foundation was given official accreditation as a UN nongovernmental organization.

Lord Loomba also realized that to accurately understand the needs of widows on a global level, he would have to know where they lived. In gathering that data, he ran into multiple challenges. Many societies did not consider widows in their census and had them literally living on the margins of their state. He commissioned a major research initiative to find all the widows in the most remote locations possible, and many of these areas were war-torn, which presented its own unique set of obstacles. In 2010, the Loomba Foundation published its research, which included 10 thematic areas and 45 individual topics on the plight of widows. On a global level, there are 245 million widows, and on average, each widow supports four children. Lord Loomba strongly contends that empowering widows on an educational, social, and financial level is a human-rights issue. He presented his research to the UN, which led the UN to declare June 23 as International Widows Day.

Widows and children of widows are often evicted from their homes once the husband dies. Tragically, widows often are forced to have sex with their husband’s family members and/or with another male to cleanse them of their husband’s spirit. This unprotected sex often leads to the contraction of HIV/AIDS (human immunodeficiency virus/acquired immunodeficiency syndrome). Other widows and their children engage in sex trafficking to obtain money and support their family.

To help empower widows on a financial level, the Loomba Foundation created a sewing machine project. The project is connected with the Punjab government and provides sewing machines to widows so that they can create goods to sell, thus providing for their families. Widows are not only given a sewing machine but also taught how to create garments and connected with a program to help them secure employment within the garment industry.

I flew to Nairobi, Kenya, to visit widows living in a slum called Kibera. The conditions the widows and children were living in were horrific. There was no running water, some had one dimly lit lightbulb that did not always work, and they were surviving within 12-by-12-foot rooms created with clay. In one of the rooms I visited, a widow shared with me that eight people lived there and she was renting this space and attempting to save money to buy a mattress. Several widows told me that they were banned from even attending their husband’s funeral and told they were the cause of their husband’s death. My heart sank, as I had no idea that Kibera even existed.

When I spoke with Lord Loomba about this horror, he explained to me that the situation in Kibera is not an isolated one. Many widows and their children live in these subhuman conditions, highlighting the importance of bringing these circumstances to light. Recently, I had the privilege of attending Lord Loomba’s UN event in which he presented the 2016 World Widows Report. This comprehensive report outlines the causes and consequences of global poverty for widows and their children, and explains the key issues that perpetuate this tragedy, which include denial of a widow’s inheritance, superstition of widows, discrimination against women, denial of the right for some widows to care for their children once the father has died, child labor, remarriage, widowhood customs, poverty and neglect, and little to no government protection for widows.

The work Lord Loomba and his foundation have done is beyond remarkable, and I’ve learned through them that when we can empower even one widow and her children, we can truly make a difference.

An interview with Lord Loomba

When I was at Lord Loomba’s office, I was amazed at the photographs that adorned his wall. Some of the people he is pictured with include former prime minister of the United Kingdom (UK) Tony Blair, Yoko Ono, and UN Secretary-General Ban Ki-moon. In addition, Lord Loomba has gathered support from Blair’s wife, Cherie Blair, who became the president of the Loomba Foundation; Sir Richard Branson; and former deputy prime minister of the UK Nick Clegg. All these remarkable individuals have used their platforms to bring awareness about the plight of widows and their children. Cherie Blair has said, “The Loomba Foundation brings hope to thousands of widows and their children who face poverty and discrimination in so many parts of the world. We must do more to raise awareness of their plight, to open the world’s eyes to their struggle and help give them the future they desperately need.”

Despite being elevated to the House of Lords as a Liberal Democrats life peer in 2001 and given the CBE in 2008, Lord Loomba is very humble, soft-spoken, and funny.

Q: What impact did your father’s death have on you?

A: I was only 10 years old—too young to understand what was going on. However, I do remember when my father passed away and his body was not even cremated, yet my grandmother, who herself was a widow, asked my mother to remove her bindi from her forehead (a sign of a married woman in India), remove bangles and jewelry, and change into white clothes.

Q: The status of widows really became apparent to you when you got married. Tell me about that day.

A: It really hit me when I got married. The priest who was conducting my wedding ceremony asked my mother to move away from the altar because, being a widow, she may bring bad luck to the newlywed couple.

Q: How did you feel then?

A: I was angry but helpless. How could my mother—who gave birth to me, brought me up, educated me, and always wished me well—possibly bring bad luck to me? That incident has haunted me to this day. I wanted to give widows their dignity back. They should feel like women.

Q: Your mother greatly influenced your life and is the impetus for your foundation. And I think what you said about a widow getting her dignity back is so powerful.

A: This has been my inspiration to establish a charity in memory of my mother but with a focus on educating children of poor widows and empowering their mothers economically and socially.

Q: Empowering widows is a very large task. What are a few things that people can do to help widows who live on less than a dollar a day?

A: There are several ways in which poor widows can be empowered. They can be trained in tailoring, computer literacy, nursing, and hair and beauty care; as sales assistants; and in some small-scale and cottage industries.

Q: You were successful in making June 23 International Widows Day, and it was recognized by the UN. How will you be spending that day this year?

A: I am planning an event in India this year. Details are not finalized yet. It could be an awareness-raising conference for widows or a fundraising dinner.

It is an honor for me to be able to do this exclusive interview with Lord Loomba, CBE, for ESME. He is a global champion for women and children, and he dedicates his foundation and its work to gender equality for and the empowerment of all women.

Read more about The Loomba Foundation here or watch their trailer below.