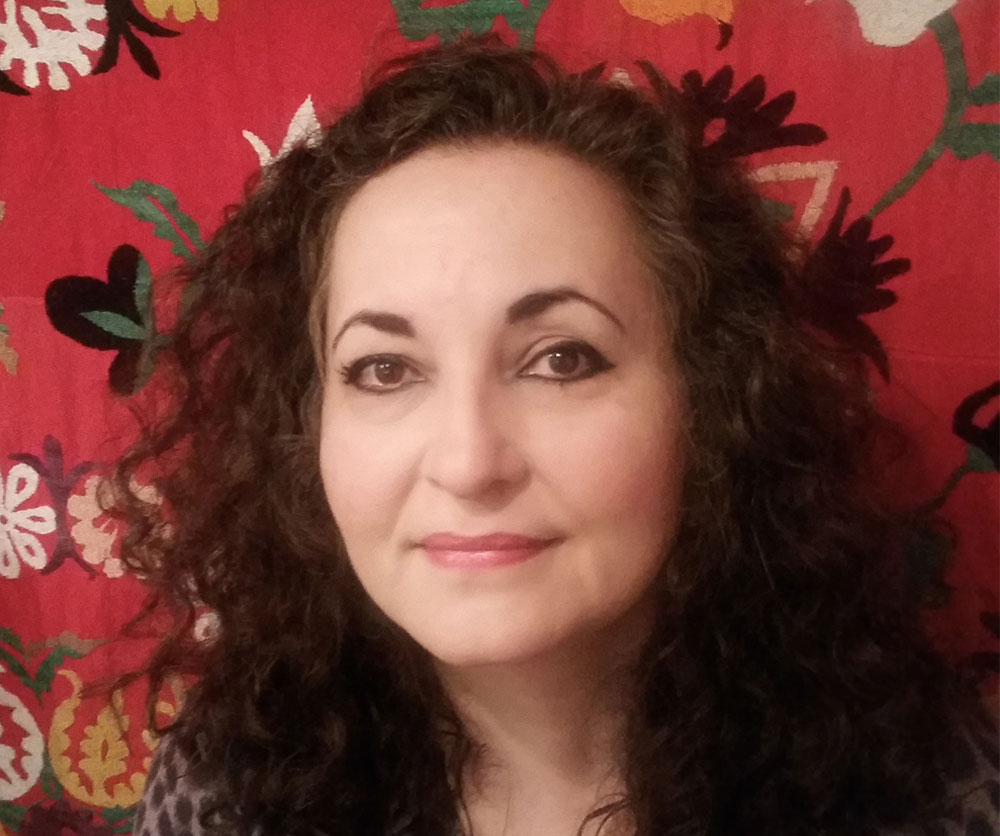 It started with a bite. A mosquito bite at Emil Ferris’s gypsy-themed 40th birthday party. Earlier that day, Ferris’s six-year-old daughter had had a premonition and asked Ferris not to go to the party; the Solo Mom assured her daughter that everything would be OK. But as Ferris told (or, rather, drew for) Chicago magazine in February 2017, “[I]t wasn’t O.K.”

The artist, who had up till this point supported her daughter by taking illustration jobs, developed West Nile virus, which manifested first as intense fever followed by chills, and evolved into meningitis and encephalitis. Ferris didn’t go to the hospital right away. As she told Fresh Air’s Terry Gross, “I kept kind of rallying and taking [my daughter] to camp, and then going through a period of a few—a day or two days where I was sleeping.” But three weeks after her birthday party, Ferris found herself in the hospital, where a physical therapist broke the bad news: the Solo Mom was paralyzed from the waist down. In addition, she could barely talk because of extensive brain damage, and her right hand—her drawing hand—shook and was too weak to even hold a pen. “[M]y right hand was like this club,” Ferris told the Chicago Tribune.

Unthinkable as all this was, Ferris was a fighter. And today she firmly believes that her debut graphic novel, My Favorite Thing Is Monsters, wouldn’t even exist if she hadn’t been bitten. “The experience really coalesced my ferocity around regaining the ability to draw and walk and live and create,” Ferris told Gross. “It became clear to me that it was much more important to be generous and to do the best that I could and give something to the world.”

She found beauty in the pain. One time early on in her recovery, “I duct taped a quill pen to my hand, and, you know, I’m shaking [and] knocking the bottles of ink. And my daughter steadies my hand and helps me put the quill down. . . . She’s standing beside the drafting table. . . . And then I draw [my] wheelchair. And I say [to my daughter], ‘Could you draw me?’ I’m thinking she’s going to draw me sitting in the wheelchair, but she draws me standing up out of it. And she says, ‘Mama, I know that they told you you were not going to walk again, but I really believe you will.’ And it’s those moments when everything seems so dark that the most beautiful things happen, you know, and that was one of them.”

That mix of darkness and healing light interests Ferris: “I think it essentializes the experience of being human to see light in darkness,” she has said. In My Favorite Thing Is Monsters, she explores those themes. The story is set in 1968 Chicago and centers on Karen, a 10-year-old who loves horror movies and who must come to terms with the figurative and literal horrors life can present. When her upstairs neighbor, Anka, is murdered, Karen takes it upon herself to investigate the death, in the process uncovering Anka’s history as a Holocaust survivor. “[H]orror and the Holocaust, these are some of the darkest points in our existence as human beings,” Ferris said. “[B]ut there’s still enormous courage and tremendous love that’s possible to be seen in that great darkness.”

The book took six years to complete, and Ferris embarked on the project after reteaching herself to draw. Part of her recovery process meant attending the School of the Art Institute in Chicago, an experience she has described as “just what I needed.” As she shared with The Comics Journal’s Paul Tumey, “Making the decision to grasp at a better thing—I had no college level art education—was like this statement to the universe that I refused to take the paralysis, ‘lying down,’ if you will.” She didn’t do any lying down, as it turned out. As a freshman student in her 40s, Ferris was in a wheelchair. She graduated using canes to walk.

Not that things suddenly became easy. “There were a lot of setbacks and challenges in the process of making the book,” Ferris told Tumey. “During the production of the book I went broke, experienced some homelessness due to various catastrophes, lost important relationships and had myriad physical disability setbacks and obstacles. But I believed in the story and I narrowed my focus and just kept going.”

The tenaciousness had to be a conscious choice. “I had to make a decision,” Ferris shared on Fresh Air. “And this is what I decided, right or wrong. I decided at some point in my daughter’s life to continue to do this even though we were very not well-off financially. We were in jeopardy financially. And also our relationship was strained because I was working so much, although I was always available to be talked to because I was always home. Right? But, you know, maybe I was preoccupied with the work for a percentage of the day.”

The first volume of My Favorite Thing Is Monsters was released in February 2017. The second is due out in October 2017, and the two volumes together total about 800 pages. The images, intricate and dense, employ layers and connections, and if the 16-hour days she poured into the work created some strain between herself and her daughter, Ferris firmly believes that there were benefits, too. “[W]hat I decided was that for my child to see me do something, complete it, and put it into the world was also important, you know, not just to maybe be able to take her shopping . . . which I wouldn’t have been as able-bodied to do anyway,” she told Gross. “But, you know, I felt that was important, especially because she’s a girl. And to see your mother actualize in the world, it creates a precedent. And I hope that’s what’s happened for her. She is a very brilliant child. . . . And I think maybe—maybe it helped her. I hope so.”