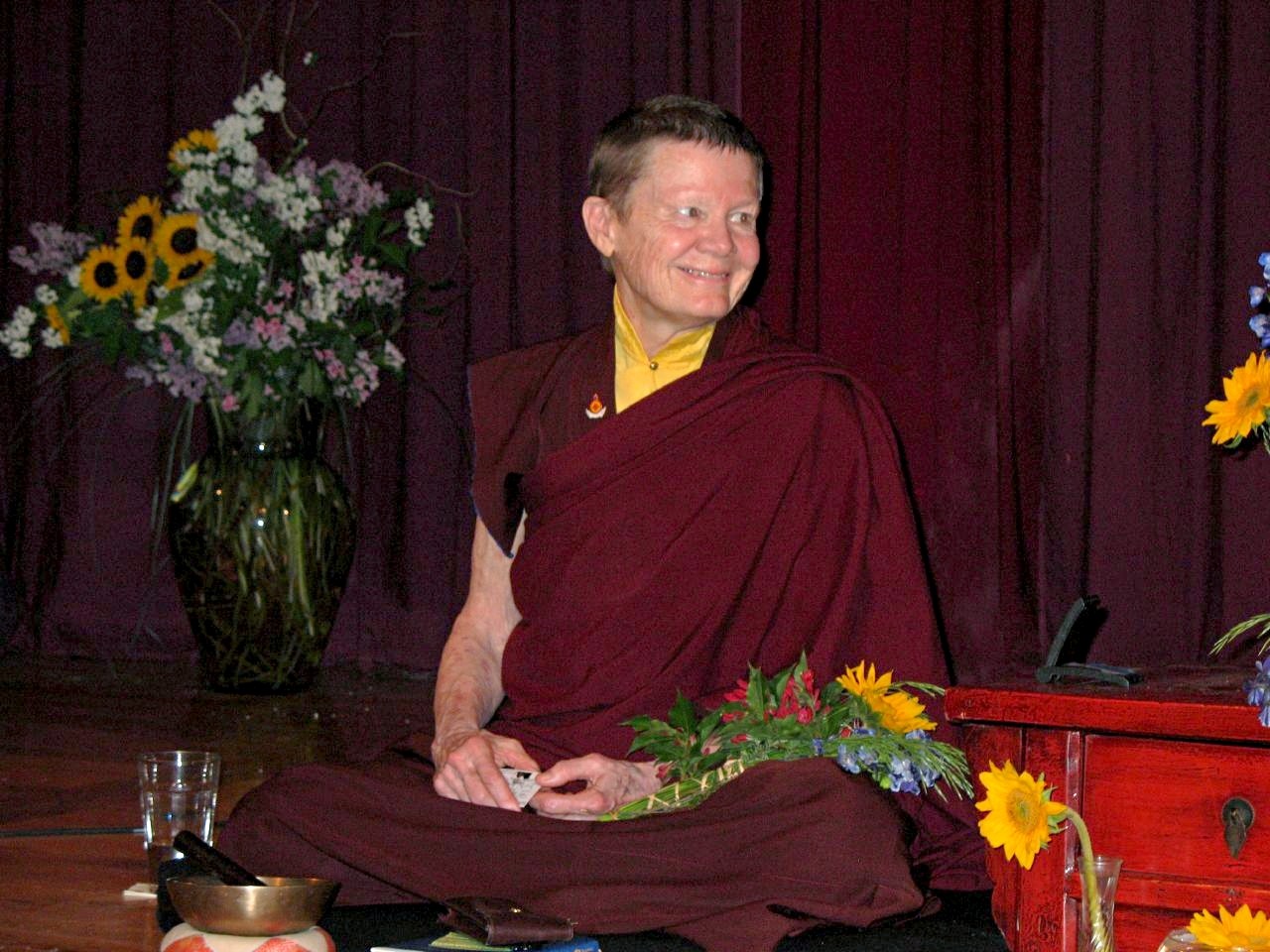 If you’re divorced, widowed, or have ever gone through any kind of rough patch in your life, chances are you’ve been given a copy of a Pema Chödrön book—or at least been advised to read one. Published in 1997, the Tibetan Buddhist nun’s modern classic When Things Fall Apart: Heart Advice for Difficult Times landed her on Oprah’s Super Soul Sunday in 2014. Chödrön’s other acclaimed titles include The Wisdom of No Escape and the Path of Loving-Kindness (1991), Start Where You Are: A Guide to Compassionate Living (1994), The Places that Scare You: A Guide to Fearlessness in Difficult Times (2001), and No Time to Lose: A Timely Guide to the Way of the Bodhisattva (2005). (All of her books were published by Shambhala Publications, Inc.) But before becoming a best-selling author and sitting down to chat with Oprah, Chödrön was a Solo Mom of two children going through a hard time of her own.

Born in New York City as Deirdre Blomfield-Brown, Chödrön married a lawyer and had a son and a daughter when she was still quite young. By the time she was in her mid-20s, she was divorced. She married again, to a writer this time, but when he announced he was having an affair and left her, she sank into a deep depression. Stumbling upon a magazine article by the Buddhist meditation teacher Chögyam Trungpa, she was inspired to study Buddhism herself. When her children were 13 and 15, she decided to become an ordained Buddhist nun—a decision that didn’t go over well with Arlyn, her youngest. “My daughter and I had to do a lot of healing around it,” Chödrön told Oprah Winfrey. “She took it as quite a rejection. I was still in her life—it wasn’t like I went away completely—but my passion and attention went from family toward this.” Chödrön said her son, Edward, now in his 40s, “took it in stride.”

Chödrön now has three grandchildren and has dedicated her life to helping others navigate the difficult passages of their own lives. Her message is simple: instead of running away from our fear and pain, we can sit with them. “To stay with that shakiness—to stay with a broken heart, with a rumbling stomach, with the feeling of hopelessness and wanting to get revenge—that is the path of true awakening,” says Chödrön.

Hall of Fame solo mom in the spotlight buddhism author