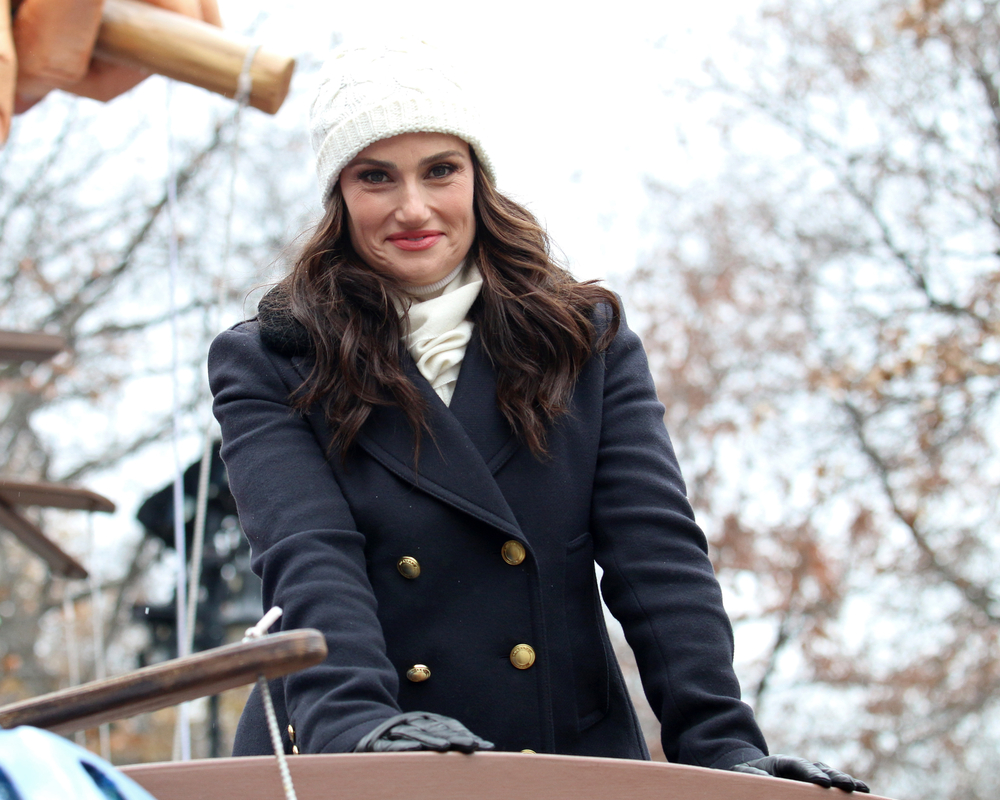 Actress, singer, and songwriter Idina Menzel isn’t afraid to mince words. After her 2013 separation from actor Taye Diggs, to whom Menzel had been married for 10 years, she told CBS Sunday Morning, “If I didn’t have a job . . . I’d be home eating a tray of brownies and, you know, watching sad romantic comedies and Bridget Jones-ing it out.” She may or may not have been joking, but she was completely serious when she talked about helping Walker, her son with Diggs, navigate the changes. In 2014, Menzel shared with radio host Sean Valentine that she wasn’t a huge fan of dating as a Solo Mom. “I don’t want to keep introducing [Walker] to people and having him form bonds and then take ’em away, you know,” she said. “It’s bad enough his mom and dad are getting divorced.”

Diggs and Menzel finalized their divorce in December 2014, and because Menzel’s own parents divorced when she was a teen, she drew on those experiences when thinking about Walker’s needs. “I went through it when I was 15 years old. I keep telling myself, because I feel so badly for him, it’s better that [it’s happening now when] he’s four-and-a half than when he’s 15. He has two parents that love him very much and we want to be great [parents]. At 15 I was too aware, I thought I was an adult, and I got in the middle of everything and I took on the stress for both of them.”

To keep things stable for Walker, Diggs and Menzel have taken an amicable approach to coparenting. As Menzel told People in 2016, “Your child comes first, that’s all. It’s all about that. He comes first and you have to get past your own egos and you never talk bad about each other.”

A fulfilling career also informs Menzel’s relationship with Walker. “I want to do the right thing by my son,” she has said, “and that means balancing my work and my quality time with him. I know he needs to grow up seeing a really happy, confident mother, then he’ll be drawn to those kinds of women.” Perhaps best known for voicing Elsa in the 2013 animated film Frozen (“I just feel bad that some parents may be sick of me because of [the song ‘Let It Go’],” she has joked), the actress has also appeared in theater productions such as Rent (where she met Diggs), Wicked, and If/Then. She will be reprising her role as Elsa in the forthcoming animated film Frozen 2, due out in 2019. Television appearances have ranged from being herself on Sesame Street to playing Cecilia Carol “C.C.” Bloom in a 2017 television film adaptation of the movie Beaches.

Menzel’s happiness may have ratcheted up another notch when she married actor Aaron Lohr. The couple, who began dating in 2015, tied the knot at home in September 2017. And Walker was very much a part of the festivities: the eight-year-old, along with Menzel’s dad, walked the happy bride down the aisle.