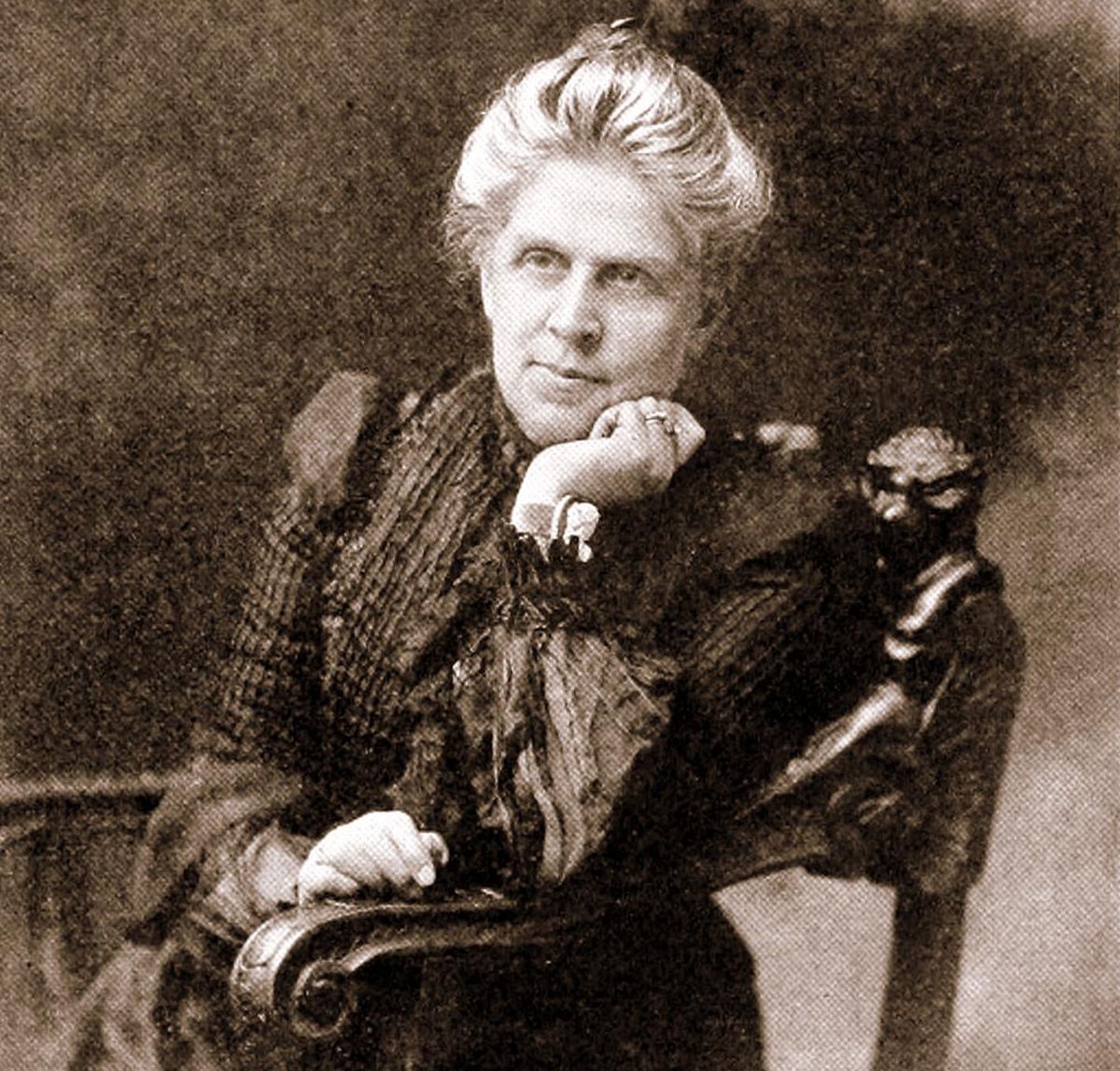 Harriet Strong was 39 years old and receiving medical treatment for a spinal disorder when she got the news that her husband, Charles, had taken his own life. It was 1883 and Harriet suddenly found herself a Solo Mom with four daughters, chronic health issues, and legal woes stemming from Charles’s business failures. Her daughters managed to convince her to remain at the Philadelphia clinic to complete her treatment and that was a good call: when she returned to Rancho del Fuerte, the family estate in San Gabriel Valley in Los Angeles County, her health was much improved.

But she came home to dubious prospects. Planted in wheat, rye, and barley, the ranch was unprofitable due to drought and failed attempts at irrigation. Strong was determined to make something of the property, though, and set herself the task of developing the land. “I had the courage of ignorance and plenty of determination to back it up,” she once told a reporter. “My attitude was that of a humble searcher after the truth.”

Although she planted a variety of trees on the land, from pecan to lemon, Strong had decided that growing walnuts would yield the most profit. She laid out 50 rows, each a half-mile long. The property’s semi-arid character was an issue—walnuts require a lot of water—so she installed an irrigation system based on an invention she had patented in 1887. Her innovation didn’t end there. Although it was the custom to plant corn between young walnut trees, Strong elected to plant pampas grass instead, and then she found a market for the decorative plumes.

During the political conventions of 1892 and 1896, the Democrats waved natural-colored plumes mounted on red staffs with white ribbon, and the Republicans declared their party loyalty with plumes dyed red, white, and blue. Strong also managed to convince John Wanamaker, the owner of a leading department store in Philadelphia, to decorate his store with her pampas grasses. And at the World’s Columbian Exposition of 1893, she won an award for designing and helping to construct the stunning Pampas Plume Palace, a Moorish-style building that highlighted pampas grass inside and out. By 1911, a newspaper article described her as a capable farm woman and one of the largest taxpayers in her county.

In addition to being inventive, Strong was an avid supporter of women’s rights. She spoke often on the subject, advising fellow members of the Ebell Club of Los Angeles in 1895 that “[t]he pink and white, helpless prettiness; the delicate, fainting, clinging doll is fast becoming a thing of the past.” At a women’s congress meeting at the Columbian Exposition, she stressed the importance of business training for women. Through it all, she modeled for her daughters what it meant to be an independent woman: in her lifetime, she earned five patents total, and she became recognized as an authority on water control and irrigation.

Strong died in a car crash in 1926, but her influence lived on: after her death, two federal projects—the Hoover Dam and the All-American Canal in southeastern California—were based on her pioneering work. In 2001, Strong was elected to the National Women’s Hall of Fame.

Hall of Fame solo mom in the spotlight bereavement widow