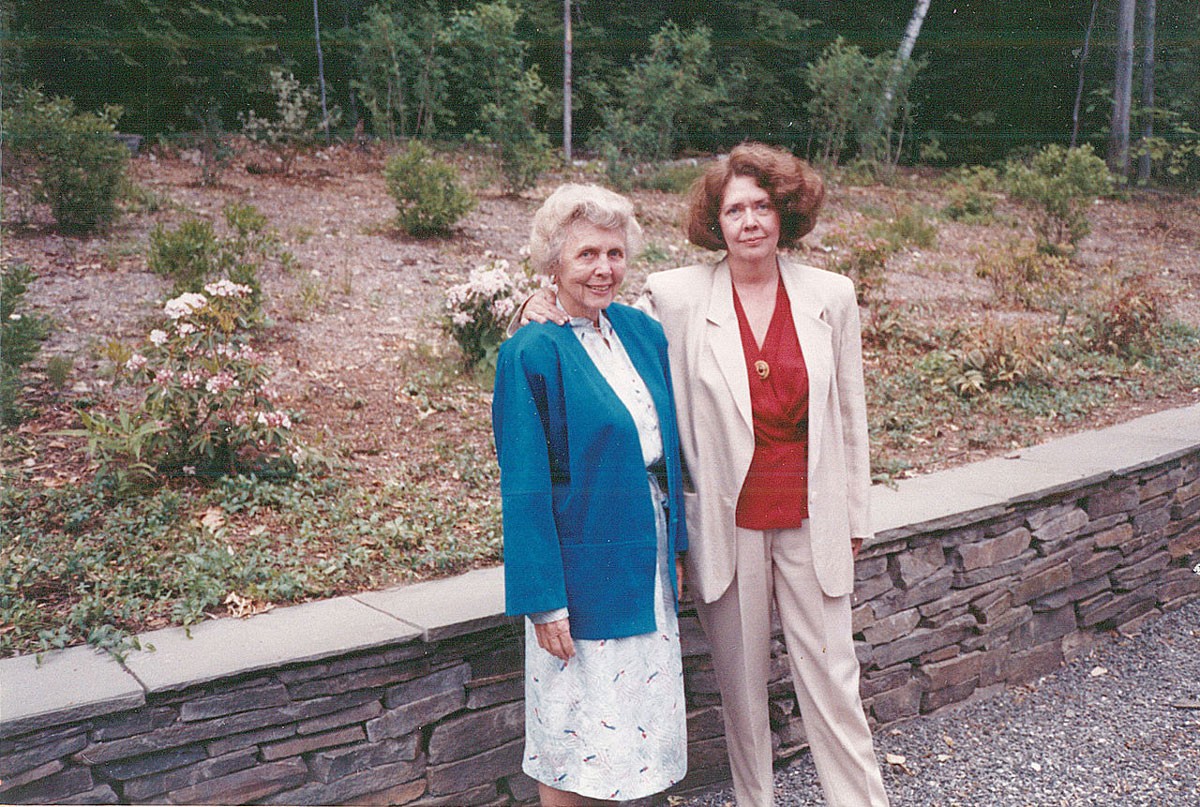 Two years after American novelist and short-story writer Gail Godwin was born, her parents divorced. After the split, Gail and her mother, Kathleen Krahenbuhl Godwin (later Cole), moved in with Gail’s grandparents; when Gail’s grandfather died shortly thereafter, the little family became what Gail has described as a “small man-less family.” Kathleen was both parent and friend to her daughter, and their close relationship endured a lifetime.

Kathleen was also the breadwinner. The Solo Mom, who had a bachelor’s and a master’s degree from the University of North Carolina at Chapel Hill, worked hard. She taught college-level classes, worked as a reporter for the Asheville Citizen-Times, and wrote romance fiction under the pseudonym Charlotte Ashe. According to Gail, her mother’s prolific writing had an influence on her own decision to pursue the art. In a 1993 interview with the National Book Foundation, Gail remembered, “One of my first perceptions was of my mother as a writer, because she was writing stories when I was very little and I would watch her type them up and send them out. Then she’d get a check back, and we’d go out and spend it. I saw she got a lot of pleasure and satisfaction out of making up stories, and she would discuss them with me all the time, asking what I thought should happen next, so I felt very involved from the first . . . I just assumed that writing was what I would do, too.”

Gail wrote her first story, “Ollie McGonnigle,” when she was nine years old. Her first novel, The Perfectionists, was published in 1970 by Harper & Row, and over the years, the author has earned three nominations for the National Book Award. Many of Gail’s works draw from themes or events from her own life: recurring motifs include family, the position of women in society, a woman’s pursuit of an artistic career, and the role of religious faith. Through it all, her mother has been an important figure, and Gail dedicated her 2015 book, Publishing: A Writer’s Memoir (Bloomsbury USA, 2015), to Kathleen’s memory.

In 2010, Gail spoke at the National Book Festival with humor and a calm clarity, discussing everything from changing book titles to the wisdom of George Orwell.