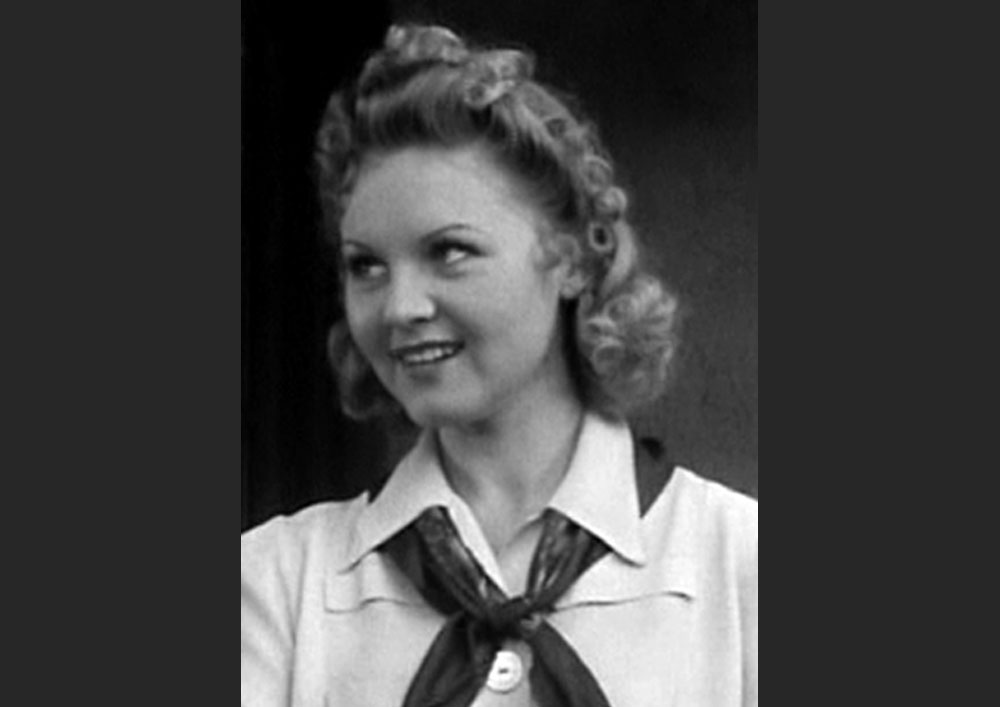 Solo Mom June Storey had grit. Even when things didn’t go her way, the film actress demonstrated a resilience and tenacity that helped her endure. Best known for her participation in a series of Westerns with troubadour cowboy Gene Autry, the dimpled actress was willing to put in long hours under sometimes-challenging circumstances. As she once remembered, there wasn’t always a dressing room available on location, “ . . . and I’d have to find a secluded canyon to change into my cowgirl clothes.”

She worked nonstop, cranking out 10 Westerns including Home on the Prairie and Colorado Sunset in the two-year period spanning 1939 to 1940. If the work could be hard, Storey seemed unfazed: after all, at the beginning, it hadn’t even been clear whether the Canadian-born actress was going to make a go of it in Hollywood at all. Her first screen test with Fox Film Corporation, in 1934, had been underwhelming, but production head Winfield Sheehan saw something in the actress—he said he liked her pluck—and awarded her a player’s contract. For a while, Storey didn’t do much actual film work, but she used the time wisely, studying acting and taking dancing lessons; her diligence paid off when a bit part in a film called In Old Chicago caught the attention of Republic Pictures, which went on to cast the vivacious Storey opposite Autry. She was up for the challenge. Storey later recalled, “I was athletic and could ride a horse, so I thought I would enjoy the role.”

She did. “Making the films with Gene [Autry] was one of the most relaxing periods of my life,” she once said. “The crew and the actors were one big family. I was the youngest one under contract, and they were good to me.” But Storey eventually left Republic, eager to broaden her range. She took on occasional film roles during the 1940s, including small parts in films such as the 1948 drama The Snake Pit. But a new chapter of her life began when she married businessman Fred Bohling, with whom she purchased a 450-acre ranch in Oregon and had one son, Eric. She and Bohling eventually divorced; Storey’s subsequent marriage to her second husband, Nick Ostreyko, produced a daughter, Marina, before that marriage also ended.

Not much information is available about her life as a Solo Mom, but if Storey’s life is any indication, she approached this new role with a sweet, tough resilience—and a desire to do good. A near-fatal auto accident in 1950, involving a logging truck, definitively shaped her worldview: Storey was deeply impressed by the care she received after the accident, once saying, “Through the care and inspiration I received from the doctors and nurses, I fully recovered. I grew quite a bit spiritually during this ordeal and developed a deep sense of commitment to help others.” In fact, Storey eventually earned a nursing degree. She married engineer Lincoln Clark in 1979 and devoted herself to charity work.

But she didn’t forget that part of her life that took place on the sagebrush stage, cheerfully attending several Western film festivals during the 1980s. Storey died of cancer in 1991, and was survived by her husband, Lincoln Clark; a sister; her two children; and three grandchildren.

solo mom in the spotlight Actress film Hall of Fame