Is He a Serial Killer? 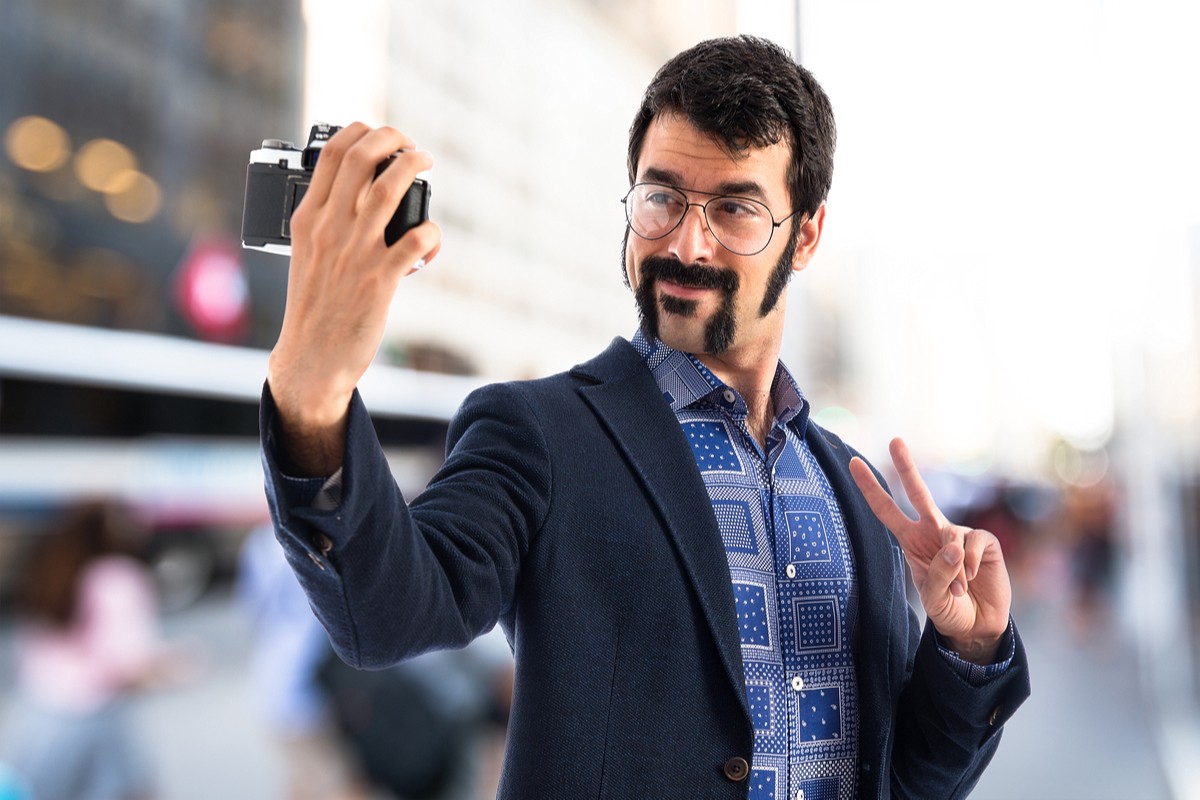 How to read the background of a dude’s profile pic

We are girls. We notice things. They are dudes. They don’t, which kind of gives us the upper hand.

Reading a profile picture with the methodical care of a forensic scientist can save us buckets of wasted time, calories, useless drinking, and sometimes shame . . . upon learning the dude you just introduced to your best friend is a total freak and a completely inappropriate match for wonderful you.

We’ve learned that by carefully reading a dude’s profile blurb, we can deduce which of the three species of Tinder male we are dealing with: John Wayne, Woody Allen, or E. E. Cummings.

(Note: Scientists have recently discovered the emergence of a fourth species of Tinder male known simply as “Douche bag.” While there are douche-bag deniers who purport douche bags are merely urban legend, most of us know these deniers are nuts and that douche bags are, in fact, on the rise—exponentially producing an epic threat to the planet, second only to global warming.)

By using Tinder’s golden rule (add 10 pounds, 10 years, and take off three inches), we’ve established that with Tinder and other dating sites, what you see is not always what you get.

I would like to introduce you to the exercise of carefully examining the background of a profile picture, because most of the time, what you do see is also what you will get. So when swiping, when evaluating the photo of a potential match, also evaluate his surroundings—because he thinks it is OK.

Clothes are scattered on the floor, the bed is unmade, and containers of week-old Chinese food sit atop a TV with rabbit-ear antennae. You can only imagine what this place smells like. Trust me, that’s how it smells.

There is an old TV in the background. On top sits a squat stand with two long, metal, chopstick-like poles that resemble rabbit ears. Back in prehistoric times, this device was designed for receiving over-the-air broadcast—as in, not cable . . . as in not Netflix. This means Dude does not have enough money to buy an actual modern or even 20-year-old television. He is most likely living with his shut-in mother, is a shut-in himself, or lives in a bomb shelter in Crested Butte, Colorado, waiting for Armageddon.

I know. This seems like a minor thing, but think it through: The last time you noticed bent miniblinds (specifically of the aluminum Levolor variety) was in your college boyfriend’s apartment, when you lifted your head from the floor after puking up the previous night’s box of red wine.

In fact, that was the last time you saw miniblinds at all.

What I refer to here is the abundance of electric cords everywhere—all over the floor and the walls. Why? Seriously? What are they attached to? What purpose do they serve? And why didn’t he make any attempt to cover them up, stick them under a throw rug or behind a couch? Note: these cords are generally attached to extension cords and extra power outlets—dude stuff also leading to nowhere.

A guy who can’t be bothered to attempt to hide his electric cords is for sure not going to be bothered to clean his ears, trim his nose hair, or leave the room when he farts. If he doesn’t give a shit about something as safe and easy as tidying electric cords, he sure as shit isn’t going to remember your birthday or take you to Château Marmont or even Tender Greens. He sure as shit will not give a shit about you.

A Habitrail is a product made by the Hagen Corporation, popular in the 1970s, wherein a series of translucent plastic tubes and “houses” are put together in a creative fashion in order to contain small pets such as mice and hamsters. There are also metal cages or glass terrariums (which mean big boa constrictors to eat the mice).

This dude has serious commitment issues. A pet hamster is way worse than a cat or a bird. And do you really want to date a guy with a pet hamster? Because just know, if you do happen to fall in love, you will be the one cleaning the mess. And trust me, as a gal who had a Habitrail at 10 years old, I can tell you it is not fun.

Guns and ammo (and archery and spears)

If you are into this sort of thing, by all means swipe right. If not, swipe left, hard and fast! His penchant for deadly weapons is part of the package. If they are scattered on the floor or the bed, this indicates he could possibly be a mass murderer and definitely should not be around your kids. If he has these items on display, he is proud of them and wants you to know he has a gargantuan penis and can protect you when Armageddon hits.

Sister, you cannot change him.

Unless he is a proven rock star or a working musician (and if he were, he wouldn’t be on Tinder), any dude who has a room full of his wannabe high school band toys is probably still rockin’ in a free world . . . on his mattress while in his underwear, in his bedroom, in his shut-in mother’s house. (See “Rabbit-ear antennae” above.)

Bathroom tile or a toilet

Bathrooms are the most popular selfie setting for men, as they like to stand in front of their bathroom mirror affecting what they believe to be their best pose to make them look handsome and studly, ergo causing you to want to rip off your panties because you’ve never seen a body like his before. What they don’t realize is this scenario kind of freaks us out . . . imagining the thought actions of them looking at themselves, grunting, posting, holding that little cell phone at just the right angle.

What’s worse is the skank-covered sink, funky shower curtain, dirty towels, and feminine-hygiene products we can spot in the background. Oh, and the kids. Let’s not forget the child who is watching Daddy and wondering, WTF? If you don’t step away now, you may end up being the gal who gets to clean up this mess, including the emotional damage foisted upon the kid at realizing his or her dad is a douche.

This one is my personal favorite and another popular background screwup dudes often make.

Picture this: It’s Friday night. Dude is out with other dude friends. They are all swiping, lining it up, and hoping to hook it up. But our dude isn’t on Tinder—and wants in on the fun.

So he goes into the bar bathroom to quickly snap some profile pics, get on Tinder, and get himself laid. Seriously, dudes? You don’t think we can see you are in a public john?

There is a line of urinals, a public sink with a stack of paper towels, or the worst offender of all: a toilet seat–cover dispenser behind your head, so we know for sure you are sitting on the toilet, smiling into your phone as you take a dump. At this point, you are searing one—only one—image into our brains . . . and it is not that of us kissing you good night.

Learn from my mistakes.