In Praise of Older Men 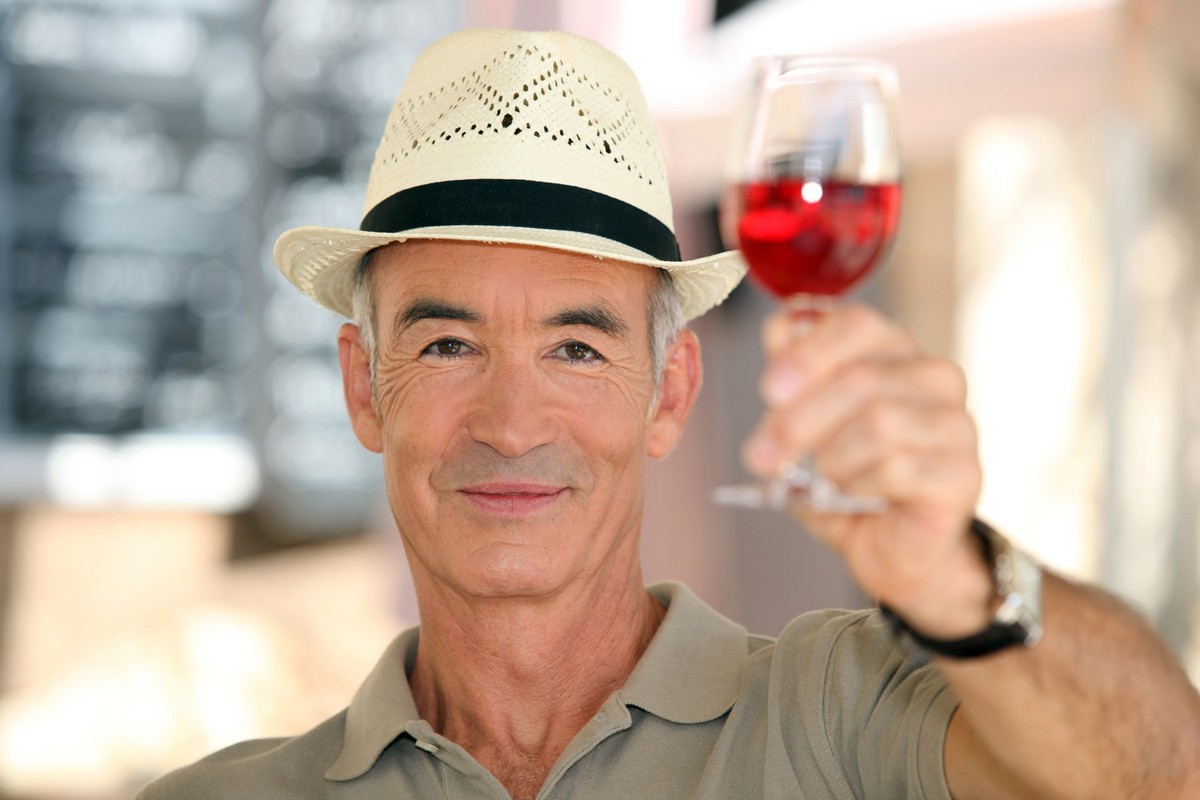 aka Pops knows what he’s doing

What is it with men and age? Stereotypically, we ladies are thought to be the ones with “accuracy issues,” but after many misadventures on Tinder (and other dating sites), I’ve learned one universal truth: men lie about their age way more than women do.

When I first started Tindering, I set out to meet a nice gentleman who was relatively my age and would adore me. I quickly discovered that men my age were not interested in meeting me; they were too busy trying to hook up with Jessica Alba.

If you encounter an Antique Pinocchio, watch out! If he looks older, he is older . . . a lot.

Commit this to memory.

On Tinder, older men claiming to be younger have reached epidemic levels. I know this from a hard-won experience: “Tweety Bird” was “59”—a stretch for me, as I was newly single and still in my 40s. But hell, why not? I was entering a new world, so I tried to keep an open mind.

His blurb was promising: attorney, six foot one, lived at the marina, lots of travel, athletic. His photos showed him Iron-Manning, biking, holding trophies, wearing tight shirts and shorts with bulging muscles and bulging other things, and always the ever-present bike helmet. Aw, he’s safety-conscious, too.

We agreed to a date at a nice restaurant, one to which my ex would never take me.

But when I arrived, he wasn’t there. The only person at the bar was a tiny old man—bald, with a tuft of hair sticking up from the middle of his head. He wore a yellow polo shirt and resembled Tweety Bird. Thinking I had been stood up and readying my quick exit, I noticed Tweety excitedly waving at me. Fuck!

I put on my best granddaughter smile and approached him. He smelled like mothballs. Clearly he’d aged 15 years, shrank five inches, and gained 20 pounds. Turns out he didn’t race bikes anymore—injuries, you know. The six-pack from his profile picture had settled into a solidly constructed inner tube.

I ordered two martinis—extra large, up, with extra olives—then sat in a boozy haze as he regaled me with stories of his preretirement good-ol’ days as a probate attorney, golfing adventures, three cats, and 100-year-old mother at the old-folks’ home. (Apparently, he’s quite popular at the old-folks’ home. The ladies find his cat stories quite amusing.)

I didn’t say three words all night. After a good two hours of smiling, nodding, and praying for a quick and painless death, I remembered I had two kids at home who provided me with an excellent excuse to leave.

“Look at the time!” I quickly hugged him, patted his back, got another nose full of mothballs, then got the hell out of there.

Later that week, I received a stream of texts asking for another date. I told him we weren’t a good match. “Why?” He liked kids, and kids like cats. . . . Three years later, he is still on Tinder. Ladies, be warned.

This exploit was followed by a 52-year-old rocker (aka “The Weeper”), who was 70, if a day younger. (Think Keith Richards . . . but not sexy or successful and sporting velvet jackets and skull clothing from the 1980s, and whose “gigs” were in his backyard for the neighbors. Plus, he cried a lot.)

“Lone Wolf” (yes, he went by that name) claimed to be 69. Too old for me, and why was he swiping on women 25 years younger than he was? But his photo was so handsome that I didn’t notice his age. Plus, I still had the warm glow of losing my revirginity to an older venture capitalist from England.

I hoped Lone Wolf would fill the Venture Capitalist void (more on this later). Nope! When Lone Wolf and I transitioned from Tinder text to real text to speaking on the phone, he confessed to being 80—though he “felt much younger.”

He explained that the women he wanted didn’t swipe in his age range and that he, in fact, was quite virile and looked much younger than his true age.

The stories are endless because older men assume money, travel, and a housekeeper will blind us. Dudes, we don’t work this way. We are smarter and deeper than that, and we’ll figure out your age as soon as you turn on your radio to “smooth jazz.”

But if you do happen to come across an exceptional older man—one who doesn’t lie about his age but embraces it, one who is wise, educated, and well groomed, and takes care of his body and mind, then please, for the love of God—swipe right! because an exceptional older dude knows what he’s doing.

He’s lived. He will take you to nice dinners, open doors, and order the best wines (because he knows wine). When you walk down the street, side by side, he will walk on the outside because it is chivalrous. He will be well traveled, well read, and well mannered, and he’ll even pay for your valet. He will make you feel young and beautiful, and he’ll appreciate your ass off.

Most important, he will be amazing in bed.

I speak from experience: older dudes know what they are doing—because they’ve already done it all. My first foray into the gramps world was with the above-mentioned venture capitalist. He had an accent, swagger, six cell phones (one for as many continents), and he’d call me from each one. I was smitten and grateful for the much-needed attention.

But when he finally pulled the trigger, when he called and said, “Book a room at your favorite hotel. I’m coming to LA,” I was terrified. I was about to be revirginized. I hadn’t had sex (aside from the ex) in 14 years. Plus, he was old! Did all his parts still work? Did he wear dentures? What would his pubes look like?

I sat at the hotel bar, threw back a martini or three (building a bravery buzz) when he confidently strode in. He wasn’t wearing velvet or crying, he didn’t look like Tweety Bird or use a cane, and he wasn’t wearing a necklace with a string of cats.

He merely wrapped me up in his strong arms and planted a good one on my lips. He smelled like heaven, and I nuzzled his neck. We ate at the bar as he regaled me with stories of his travels, horse farms, business deals with royalty and criminals, fighting in wars, affairs with movie stars, climbing the Matterhorn, and riding race cars to the moon.

Then he took me upstairs to our suite and fucked me like a cowboy with moves I never knew existed. He knew how to rope a steer, and he roped this gal good. At one point, I took air—landing on the floor in a pool of sexual hysteria. I don’t know how he did it, but it was spectacular . . . and healing.

We did it two more times in the morning, then went back to my place and did it again. Then he left—as quickly and smoothly as he arrived—back to his farm in Ireland and the rest of the world. He has been one of my dearest friends ever since.

God bless the older man who owns his age, his stature, and his incredible knowledge of sexual positions because you deserve the adulation, attention, and the orgasms.

But if he’s a liar, run don’t walk. He’s insecure, in a midlife crisis, fleeing reality . . . and looking for Jessica Alba. He probably has a sexually transmitted disease because he believes at his age he’s immune to them. Plus, he assumes you are desperate and/or stupid because he thinks you’ll buy that he’s 39.