An Exploration of Tinder Archetypes 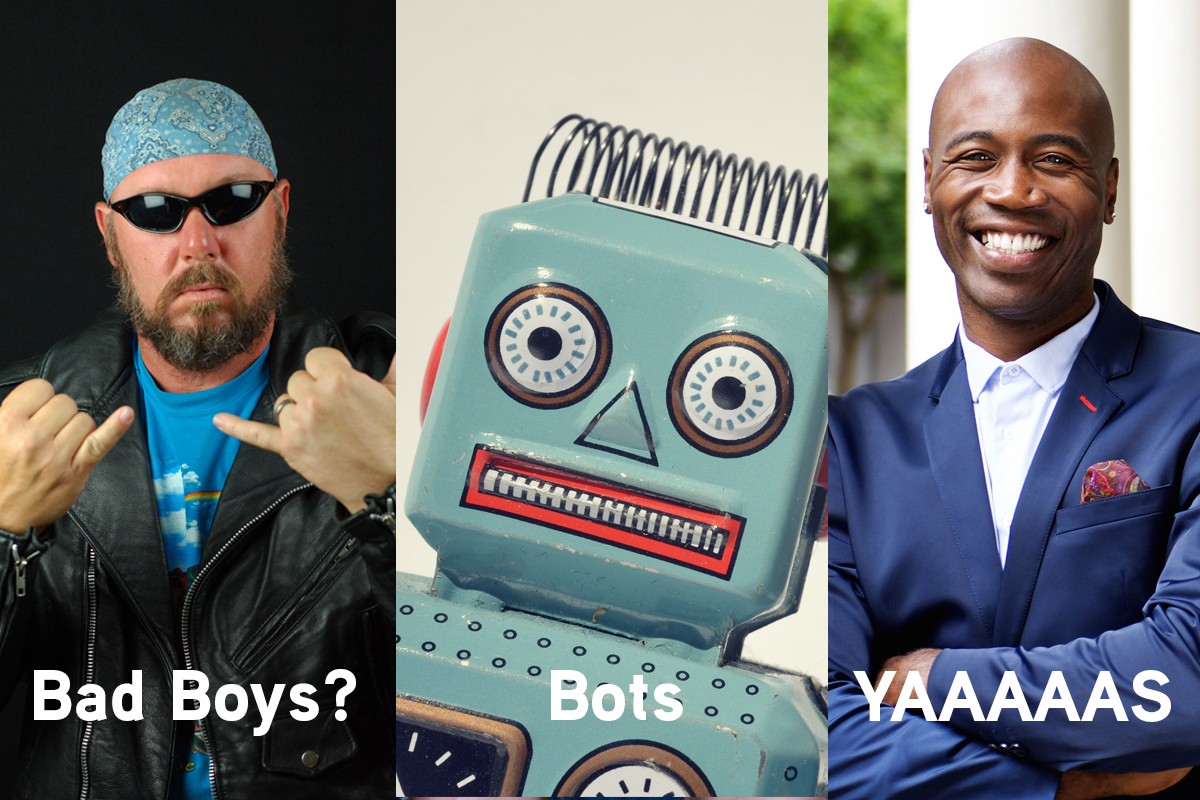 Dudes and duds to avoid at all costs

1. a recurrent symbol or motif in literature, art, or mythology: mythological archetypes of good and evil

2. in Jungian psychology, a primitive mental image inherited from the earliest human ancestors, and supposedly present in the collective unconscious

3. dudes on Tinder whom you should avoid at all costs

After spending excessive amounts of time, calories, heartbreak, and money on sexually transmitted disease tests in my search for love in the online world, I’ve discovered the existence of male Tinder archetypes. These prototypical men may have different bodies, different brains, different hairlines, and different dicks—but they are all the same, nonetheless, and should be avoided like a case of Goo Goo Clusters following a night of drinking red wine and smoking the joint you found in an old jacket from your college days. You are playing with fire and wasting your time. They will wrench your gut, steal your self-esteem, and pull a sneak attack on your dignity.

So take heed from the gal that has dated every make and model. They are douche bags disguised in dude clothing, and they include:

1. The bencher. A dude who texts you once in a while but never makes plans. He has too much time on his hands, is most likely married, and can be described as a CATFISH or freak loser.

How to spot a bencher:

2. The bot (aka, the chatbot). Bots are computer programs that replicate humans and are taking over the world. Although you can spot a bot voice when calling customer service at your bank, it’s more challenging to spot a bot via online dating—especially on Tinder.

How to spot a bot:

3. The collector. A dude who swipes right on every chick so he can rack up as many Tinder girlfriends as possible in order to brag to his dude friends.

Although this sounds creepy, I’ve met some nice collectors. They do date. They are very good-looking (so the women “like” him back, allowing him to up his numbers), but they never take you to fancy dinners (they’d run out of money). These guys have absolutely no desire to have a relationship because it is way more important for them to impress their friends than to be with you.

How to spot a collector:

4. The cruiser. A married dude who swipes right on every chick so he can rack up Tinder girlfriends in order to brag to his married dude friends . . . because he is a massive douche bag.

How to spot a cruiser:

How to spot a D-bag:

6. The lurker. A dude who does not swipe right or interact with Tinder chicks in any way, shape, or form. Uses Tinder solely to look at women and most likely yanks it while doing so.

How to spot a lurker:

7. Bogus biker dude. Living the life he always wanted to live, this is the dude who bought himself a massive Harley postdivorce because his bipolar ex-wife would never let him have one. (Note: I am in no way using the term bipolar in a derogatory fashion. Bipolar disorder is a legitimate and challenging illness, but sadly, bipolar is also the term every divorced dude on Tinder calls his ex-wife.)

This guy has no idea how to ride his new Harley, and he instead finds the body armor of leather he was suckered into buying chafes his delicate, middle-aged skin. He also parks his Harley in front of bars at the beach because it makes him feel like he has a large penis and believes it will get him laid by much younger women with massive tits.

How to spot a bogus biker dude:

8. Car dweller. This dude is a past-his-prime gigolo who once lived the good life in his heyday but has run out of luck and good looks. If not already living in his car, he lives in a small, skanky apartment and is one step away from living in his car. He is, however, looking for a sugar mama.

How to spot a car dweller:

9. The looker. BEWARE! If not a bot, this is the most dangerous male Tinder archetype. Think of it this way: if he is super hot, why is he on Tinder? Chances are he is a conspiracy theorist, is dumb as dirt, has a Jesus complex, or needs a green card—or is any combination thereof. (Yes, I have dated him.)

How to spot a looker:

In closing, ABORT! ABORT! STAY AWAY!

You are beautiful. You are wonderful. You deserve better.