My Facts Are Bigger and Better Than Your Facts 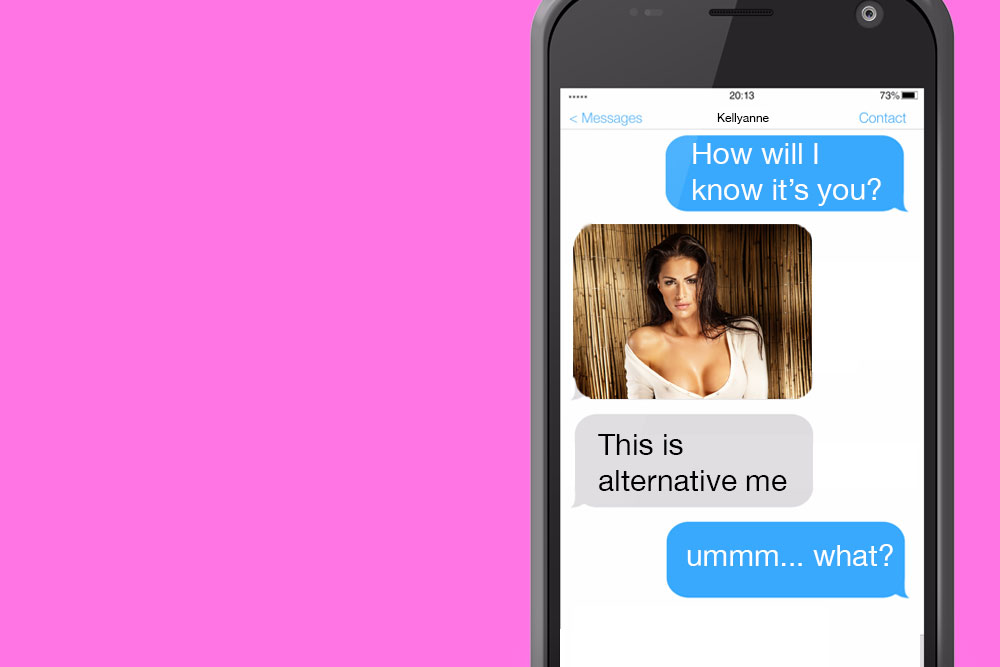 Thank God for Kellyanne Conway and Donald Trump. Sure, he’s the nastiest misogynist since King Henry VIII, and she makes Joseph Goebbels (Hitler’s propaganda minister, for you younger gals) look like an amateur; sure, in his first three days in office Trump derided the Women’s March and reinstated the gag order on global funding for women’s clinics that even mention the word abortion; and sure, he wants women (only the hot ones) to be seen and not heard (unless he needs something). But let’s not get bogged down in pesky details. We all know that females have inferior brains, and I, for one, can’t keep track of the myriad ways in which Trump and his Trumpettes will make life for women a living hell. I’d rather focus on the positive.

So imagine my delight when Ms. Conway, the Trump Crusader-in-Chief, came out on Sunday and declared that White House Press Secretary Sean Spicer’s false claims about crowd size at the inauguration were simply “alternative facts.” Now I realize that some could see that announcement as proof of our great democracy’s descent into an Orwellian dystopia, but I saw opportunity. As a Solo Mom who hasn’t done too well in the dating world, I see real potential in embracing a new era of “alternative facts.” As soon as I heard Conway utter those immortal words on Meet the Press, I rushed to my computer and quickly revised my online dating profile.

I’m so excited about this, I couldn’t wait to share it with all you other single moms. The editors at ESME have insisted on including their “alternative facts” after mine, but mine come first, and they are better, so I win:

Welcome to my profile! I’m so happy to be here dating online. I’ve met so many fabulous men in the past few years, and I can’t wait to correspond with each and every man who appreciates my qualities.

ESME: In fact, the writer has told us on many occasions that she detests online dating, has only met creeps and narcissists in the past few years, and she would rather lick the bathroom floor at her local tattoo parlor than ever go on another online date.

I’m 30 years old and have the body of a supermodel. You can bounce a quarter off my ass. Really! I’ll send you a picture if you don’t believe me, because there’s nothing I like more than trading nude photos with exciting strangers online. I run five miles a day, attend yoga, drink alcohol only in the company of men, and have banned all carbohydrates from my house. I never leave home without having my hair and makeup professionally done, I’m always freshly waxed in all the right places, and I will gladly let you choose my outfit because I dress to please you, the future man in my life.

ESME: In fact, the writer is 51, and any quarter thrown at her ass would disappear into soft folds of flesh. She has never run five miles at one time in her life, and she last attended yoga three years ago, mistakenly wandering in thinking it was a singles bar. She buys wine by the case and subsists on a diet of chips and Nutella. We can’t speak to the hair, makeup, or waxing, except to say whenever we have seen the writer, she is in a pair of sweats and her hair is in a clip.

I have two exceptional children. My 17-year-old daughter is unique among teenage girls in that she admires, adores, and looks up to me. She particularly adores how I dress and when I dance in front of her friends. She is never rude or snide, always does what I say, and is helpful around the house. My 14-year-old son is looking forward to meeting all of my dates. He will personally welcome you to our home and has no problem with you wanting to have sex with his mother.

ESME: In fact, the writer’s daughter stopped speaking to her in 2015 and only mutters hostilities when she needs cash or laundry done. Her mother is not allowed to acknowledge her in public and is forbidden to speak to her friends, unless they, too, need cash. The writer’s son has been seen standing guard in the doorway of their home with a baseball bat, waiting for arriving suitors and phoning his mother every five minutes once she leaves the house.

Thanks to my work as a freelance writer, I am independently wealthy. Not only can I pay my own bills but also would be happy to pay for dinner, drinks, cab fare, and our hotel and room-service bill, too. What’s a girlfriend for, after all?

ESME: In fact, the writer has sent pleading e-mails to us asking for advances on her writing fees in order to pay her heating and grocery bills.

I run my house like a European spa. Despite working full time and raising two exceptional children on my own, my home is always immaculately clean. Guests often use the words “calm” and “Zen” when describing the atmosphere of my abode.

ESME: In fact, the last time we visited the writer’s home, a film crew from the television show Hoarders was filming a two-part episode. The director discretely admitted that they found the bodies of two men on the second floor, underneath a pile of articles about the pitfalls of online dating. During our brief visit, we counted 19 cats and two dogs who barked incessantly.

I love football and will happily host all your friends at my house during the games, wearing a French maid’s outfit and spike heels, and serving beer off my large, pert breasts.

ESME: In fact, once we offered the writer tickets to the Super Bowl. She replied, “No thanks, I have enough big bowls, but I could sure use a blender to make margaritas.”

I’m a No-Drama Mama! Don’t worry about having to reassure me that you are a good man and that you will be kind and faithful. I already believe you, and we haven’t even met! Through years of hard work, I’ve learned to suppress those tedious emotions, particularly those related to intimate relationships. Forget my needs; let’s have fun, fun, fun!

ESME: In fact, the writer was catatonic for two years after her husband left her for his pregnant mistress. She demands all her dates undergo a psychological profile before she gives them her phone number. Though functional now, she is the most needy freelancer we have ever worked with. We don’t dare criticize or edit her work because when we do, she calls us names and bawls through the phone until we assure her that she has the best words and that her readership is huge.

It’s time to unleash your power . . . or at least aim for adjustable ank...

I Can Mom Better Than You and Here’s How

The great moms predigest their child’s food—do you?