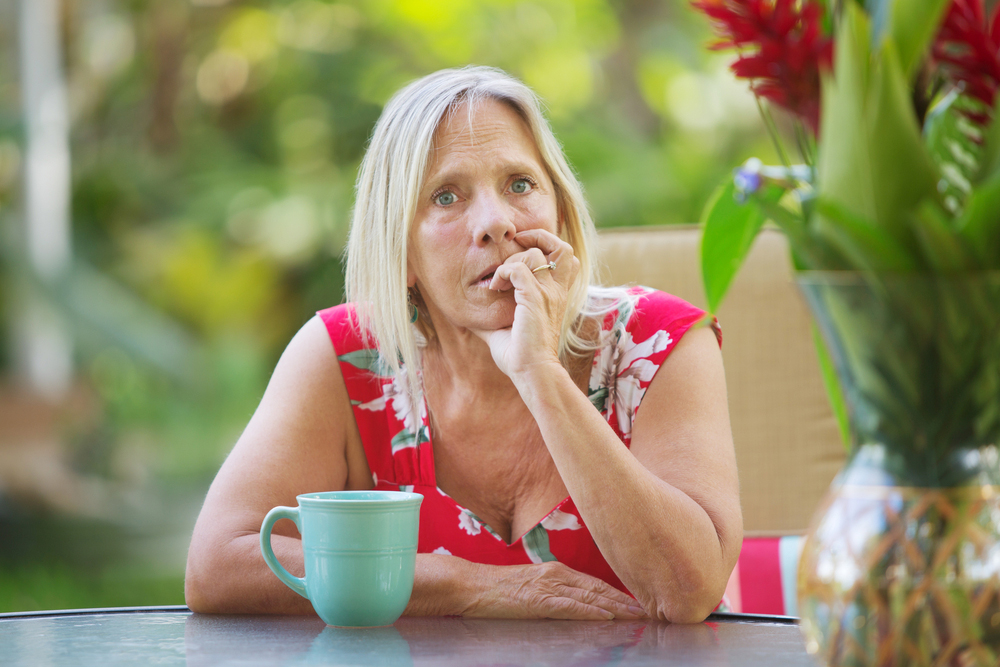 One of the happiest, and yet most painful, moments of my life was the natural childbirth of my only child. He was so perfect in every way, I couldn’t believe he was mine! Dionne Warwick’s song “Then Came You” describes my love for him. And bringing him into this world has been life-changing in so many unexpected ways.

To outsiders, my husband and I appeared to have it all—a beautiful apartment in a new luxury high-rise, two new sports cars, many friends, and an active social life. But behind closed doors, my life was a nightmare—my husband beat me often and, among other things, was a Don Juan and a compulsive liar and spender. I should have left the first time he hit me, but I didn’t. One day I just couldn’t take it anymore.

I took my husband to the train station that fateful morning, as I did every workday, to go to his job as a public relations executive an hour away. When I checked our mail that afternoon, I opened an envelope from MasterCard. I was shocked when I realized that he had charged the exact amount of his paycheck to make me think he was still working. That was the last straw! Taking and picking him up at the train station had been a sham. Where was he going during the day if not to work?

I called my mother and made plans to move there the next day. My father prepaid our airline tickets and arranged for one of his friends to take my 18-month-old son and me to the airport the next morning. I left with just $0.25 in my purse, but we were finally going to be safe and away from all the chaos.

One year later at my divorce hearing, the judge awarded me child support and a lump-sum judgment. That prompted my ex-husband to disappear for the next 15 years to avoid his obligation. I did everything in my power to find him, but I was unsuccessful. And the court system did nothing to help me.

The only anchor in my life, my father, died three months after my divorce. I was his only child, and he told me frequently over the years that when he died I would be well taken care of. Instead, my mother (divorced from him for 20 years) did the unthinkable. Just before he died, she took her attorney/lover to my father’s hospital bedside and had him sign a new will leaving everything to her.

While she went on 50 cruises and bought a condo on the ocean, I was raising a child solely on my legal secretary’s salary. I could only afford a one-bedroom apartment in a good school district, so my son always got the bedroom and I slept on the sofa. We often shared a hamburger when he was little and sometimes I couldn’t even afford the $0.50 bus fare to go to work. One time when I was between jobs for three months, we had to go on food stamps.

Then I met a man who was different from the others—gentle and kind. On our first date he included my son, and we went out for lunch. My son called him “Dad” during lunch, and I saw that as an omen. We dated exclusively for a year, and I converted to Judaism so we could be married in his conservative temple. I thought he was the answer to my prayers and that my son finally had a caring father figure. We had an enviable social life—lots of friends and fun times.

Our marriage had its typical ups and downs, but nothing out of the ordinary. Then, after six years of marriage, I was devastated to learn, through a friend, that he really was different from the others—he was gay. Embarrassed, I didn’t tell anyone. I isolated myself from friends and family, got a quick dissolution, and my son and I moved out of state.

That’s when my son started to act out. He would stay up all night and sleep all day, wouldn’t go to school, trashed his room, and threatened suicide. Once he threw ninja stars in my direction, just missing me. I was forced to call the crisis line more than once.

I took him to a psychologist who diagnosed him as being depressed. When my son started missing his weekly appointments, the psychologist asked me to take him for a second opinion with a psychiatrist. That doctor strongly suggested I have him admitted to a local mental-health hospital for treatment.

After interviewing my son, the psychiatrist at the hospital rolled his eyes and said my son told him that he “had to go home to sell the planets.” The doctor thought he was living in a fantasy world, misdiagnosed him as being schizophrenic, and eventually put him on psychotic drugs. What he didn’t know was that my son, who has an IQ of 174, was way ahead of most of his peers and was using computer modems in the 1980s to play games with his friends. He really did want to go home to sell the planets as part of a computer game they were playing.

When he realized he wasn’t leaving the hospital and coming home with me, he became very angry and said, “I’ll get even with you!” He desperately needed help, so I had little choice. He was in a locked adolescent unit, and I wasn’t permitted to see him for an entire year. I cried often that year but joined a support group of other parents, which helped.

During his hospitalization, I proposed a legislative bill regarding child support to my state senator and included a description of my personal situation. She took an interest in my case and found my ex-husband within one week. Incredibly, I discovered he was working for the same Fortune 100 company as me, but in another state.

I called him at work, and the first thing he said was “I was praying you’d find me” and that he had become a born-again Christian. Besides our marriage, he had been married three more times and fathered one daughter and five more sons. Now my son (raised as an only child) suddenly had six siblings.

I told him our son was in the hospital, and he said he wanted to visit him even though he hadn’t seen him since he was 18 months old. When they finally met, they were surprised to see that they had a strong resemblance. The day my ex-husband visited, I met with him separately at the hospital. He greeted me warmly, and our differences melted away for the day. He was on his best behavior, but I didn’t think for one second that he had changed.

It didn’t take long for the hospital to realize that we now had a coordination of health-insurance benefits, and so they kept my son hospitalized for an additional year. The psychiatrist told me that my son would never be able to marry, have children, get a job, or join the military and that I needed to send him to a long-term facility, which I couldn’t afford.

Near the end of his two years at the hospital, while on a field trip with his peers to the beach, he ran away. Fortunately, they found him walking along the side of the road a few miles away and took him back to the hospital.

The day he left the hospital he went to live with his father and his fourth wife in another state. His new bedroom, barely livable, was in their damp, dark basement accessed from outside their house. His father was physically and verbally abusive to him, so my son left their home and slept on the street. I was never told. Homeless, he still graduated from high school and then joined the Marines. He did well, and I was proud of him until I received a knock on my door and it was him—he told me he was AWOL. When I called to tell his father, a Marine Corps veteran, he slammed the phone in my ear. That was more than 20 years ago and the last time we spoke.

I hired an attorney on a contingency-fee basis to recover the child support and lump-sum judgment due me and was surprised to see that the born-again Christian lied about numerous items on his affidavit. Fortunately, I had saved many documents and was able to prove he was lying. His attorney then raised their original offer to settle by five times. After I received my check, I took all my friends out for dinner and drinks.

With my son still angry about being hospitalized, I didn’t hear from him for months. Thinking something dreadful may have happened to him, I called the police, but they weren’t able to tell me anything.

His resentment lasted for decades. In the meantime, he moved near me, and he and his girlfriend had a son. They were living with friends when their son was born, and one week later those friends kicked them out of the house with no money and nowhere to live. His father and my husband and I helped keep them afloat for a couple weeks until they could manage on their own. During that time, he held a variety of bottom-feeder jobs, such as repossessing cars and driving strippers to their gigs, and lived in several dives.

They moved out of state and slowly his life started to turn around. His resentment toward me changed as he realized I wasn’t to blame for putting him in the hospital. He got a job working for a restaurant food-delivery service, quickly learned the ropes of that business, and decided to move 3,000 miles away to start a similar business there. Three years later, his business is extremely successful with more than 500 calls a day for food deliveries. He no longer delivers food but hired several drivers, allowing him to manage the business.

Like his birth, life with him has brought both happiness and pain. His journey continues on a smoother path with a successful business and sole custody of his son. He is now the father he wished he had and the son I always knew he could be.