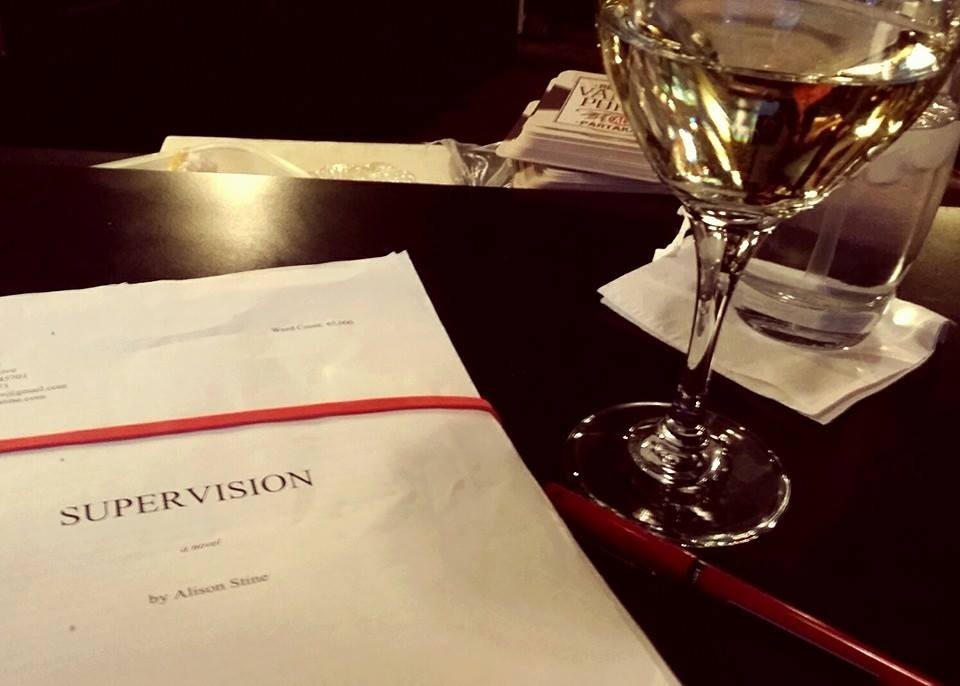 For my first novel, I did everything right.

I read books about how to write a novel—and followed them. I made notes, page after page. I jotted on index cards, more than a hundred bright pink cards I taped up on my walls. I wrote an outline, 25 single-spaced pages, before I wrote a word of my novel.

And when I finally did write, it took forever. I agonized over each word, deleting and starting again until it was perfect. Only then could I move onto the sentence. Amazingly, I finished a draft, but it took years. And it was terrible: a loosely autobiographical snooze fest, as painful to read as it had been to write.

But then I heard about National Novel Writing Month (known as NaNoWriMo). NaNoWriMo was started in 1999 by a group of California writers who wanted to support one another through the major undertaking of writing a novel. Initially, they met and did support one another; but the following year, they set up a website for strangers to join in. Soon it went national.

Here’s the idea behind what became a mini-movement: Write a 50,000-word novel in the month of November, starting on the first day of the month and ending on the last.

It was a challenge, and I’ve always liked challenges. I was underemployed at the time, working as an adjunct professor—and not for creative writing, my specialty. I needed a new project. I needed to keep my mind busy. I needed to try again. And so I decided to try it. I decided to write an entirely new novel in 30 days.

I didn’t plot notes. I didn’t tape up index cards. I didn’t even make an outline. I just started; I just wrote. It was smoother going, easier, and faster than before. The problems that had plagued me—getting every word right, making every image perfect, and crafting every scene to sing—didn’t derail me because there was no time for them.

The central premise of NaNoWriMo is to keep going. It’s quantity, not quality. The idea is to get it done and make it perfect later.

I decided to write every morning as soon as I woke because that was when I had time and my mind was the sharpest. Writing first thing also meant I got it out of the way. Whatever else happened—or didn’t happen—during the day, I got writing done.

And that’s a compelling reason why Solo Moms should give NaNoWriMo a shot: It’s designed to get the novel done—not to perfect it, as I had so agonized about with my first novel, but simply to knock out the project. If you have always wanted to write a novel but never believed you could finish, this might be your way. A way without self-judgment or fear of making mistakes (which is hard for us Solo Moms), a way without stopping or distrusting yourself and your own words.

Another reason NaNoWriMo is a good option for Solo Moms? It was created to be a community.

My first year, I registered for a profile, linking me into a website that was both a source of supportive articles as well as a community of other people trying to write a novel, too. There was a progress bar, which, like a rising thermometer, let me know how much I had written and how much I still had to do. It was motivating. It became a habit, like working out or taking vitamins: I wrote the heck out of my mornings.

I “won” National Novel Writing Month that year, which is to say, I wrote 50,000 words in a month. My novel wasn’t finished yet—it certainly wasn’t revised—but I had locked into a writing process, a way of getting creative work done quickly and without self-doubt, that would change my life.

I kept working on that novel, even after November had ended, adding to those 50,000 words and making the existing ones better. By January I was done. And though that draft has not been published, my next novel, Supervision (Harper Voyager, 2015), has.

I wrote the first draft of Supervision the way I had learned from NaNoWriMo: quickly, every day, without judgment, without stopping. And I didn’t stop until it was published.

I never officially did National Novel Writing Month again. By that I mean I never registered; I never wrote only in November. But all of my prose books have been written the way of NaNoWriMo. I write as fast as I can—just getting a draft done—and worry about making it as good as I can later.

And I do worry, quite a lot. I spend a great deal of my life as a working writer revising: staring, crossing out. But as far as getting a first draft out of my head, I get it out as fast as I can; I have to, given the demands on my life as a Solo Mom. It can’t be perfect, at least not at first, because I’m writing for the length of a Blues Clues episode or while perched on an uncomfortable folding chair as my son takes a gymnastics class and I have one eye on the balance beam.

The day I wrote 10,000 words my hands ached and my eyes ached, and I couldn’t stop trembling—but I knew I could do it. I could write a novel in the limited time available to me—time that would become even more limited as I became a mom, then a Solo Mom. And, importantly, because I had to write four novels before one was accepted by a publisher, I learned I could do it again.

Read the writing of Solo Mom Sisters and be inspired.