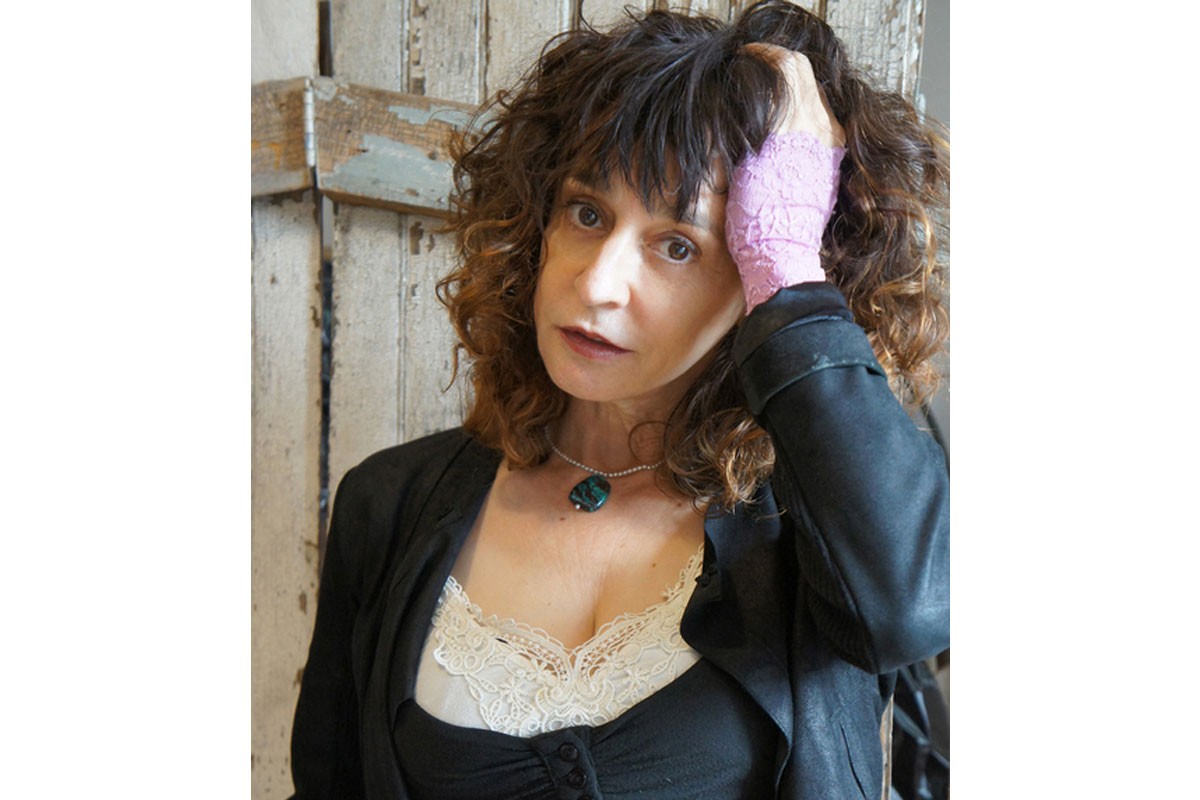 “You make it possible, or it doesn’t happen.” —Kim Addonizio

To call Kim Addonizio a prolific writer would be an understatement. A Solo Mom who began her writing life with her baby girl in her arms, Addonizio has authored 14 books and has covered the literary spectrum writing novels, short stories, a memoir, poetry, nonfiction, and a music collaboration. (She’s a badass on harmonica, too.)

Most recently, Addonizio has treated readers to a critically acclaimed memoir, Bukowski in a Sundress (Penguin Books, 2016), offering us a glimpse into her writing life. Says Booklist of this no-holds-barred writer: “Addonizio is brash and tender, pissed off and funny, well armored and wounded. Emotions, bravado, and empathy run high in her award-garnering poetry and novels, and she now taps into the wellsprings of her creativity in this rollicking and wrenching memoir-in-essays. . . . Always vital, clever, and seductive, Addonizio, a secular Anne Lamott, a spiritual aunt to Lena Dunham, delivers shock and awe, humor and pathos with panache.”

With her daughter, Aya Cash, now grown and enjoying her own success as an actor, Addonizio looks back and tells us how she got it all done.

Q: When and how did you discover writing as your path?

A: I kept journals for years, and consistently from the age of 19 into my late 30s or so (now it’s occasional notes on the computer). So I guess I always sort of needed to write. Poetry found me in my late 20s. It called to me, and I followed it. That is, I read something that knocked me sideways, and then started trying to find out about it. I went to bookstores and picked poetry books by their covers because I had no idea what to read. I hadn’t had any kind of classical education. I got a BA at 28 and that was around the same time I was starting to try to write, so I applied to a graduate program and was somehow accepted.

A: My daughter’s father and I split up when she was about a year old, and we had joint custody after that—she spent half the week with each of us. If I was a Solo Mom, I guess that made him a solo dad. During her high school years, she lived with me and my boyfriend full time. So sometimes I was a single mom, sometimes just single, and sometimes I had a partner. I do think she and I had a closer bond than we might have if her father and I had stayed together.

Q: Many Solo Moms dream of dumping their day jobs to pursue the arts, literary and otherwise. You took that leap. How did you manage it?

A: I had day jobs well into my 40s and made very little money. I was a waitress, a fry cook, a bookkeeper for an auto-parts store, a clerical worker. Gradually, as I published books and developed a literary career, I was able to transition to freelancing. That meant, and means, teaching private writing classes in my place in Oakland, California, and online; traveling to do readings and conferences; and the occasional small royalty check. I don’t think it’s wise for anyone to quit their day job unless they’ve got financial help from somewhere. The point is to have a writing life, whatever your other connections and responsibilities. It’s both beautiful and daunting to realize that you have to make your life, not wait and think there’s going to be some magical moment where it’s all possible. You make it possible, or it doesn’t happen.

Q: How did being a Solo Mom affect your writing life?

A: I wrote when Aya, my daughter, was in diapers on my lap or sitting on the floor by my desk, when she slept at night, when I could trade with another mom for a couple of hours, when she was at her father’s—anywhere I could steal some time. As a toddler, she went to a lot of poetry readings. I took her everywhere because I couldn’t afford child care above what I had to pay while I was at my job. In a way, having the restrictions of motherhood, a low income, and all the rest focused me. When I look back, I don’t really know how I did it, except that I was young and driven.

Q: You’ve built a reputation as a taboo-breaking poet, novelist, short-story writer, and now memoirist. Did you ever hesitate to publish anything for fear your daughter—or anyone else—would see it?

A: I worked through most of those fears early on. I don’t see writing as so different from anything else we do where we are exposed to the judgment of other people—from how we look to what we say in conversation or what we believe in or don’t. Aya is the only person whose opinion ultimately matters to me, and she’s old enough now that she gets it. As an actor, she deals with similar issues in her own way. We’re very proud of each other at this point.

Q: Your daughter also chose an artist’s life, acting on stage and screen. Do you think having a writer mom influenced her career choice?

A: It definitely made it something that seemed viable to her from an early age. For high school, she went to San Francisco’s School of the Arts, so she started acting around the age of 14. Her father was also in the arts, and we always encouraged her to follow her creative dreams. After college, she spent several years waitressing in New York, getting small theater roles here and there. Then, happily, she was hired for You’re the Worst, the TV show she’s on now, which will soon be shooting its fourth season.

Q: What’s your best advice for Solo Moms who want to live the writing life?

A: If you want it, it’s up to you. You have to want it pretty badly, and you have to work for it. It really helps to find fellow travelers, people for whom writing matters. Seek out readings, classes, workshops, performances, conferences, open mics. Make some writing friends, and encourage and support each other. As Lily Tomlin said, “We are all in this together, by ourselves.”