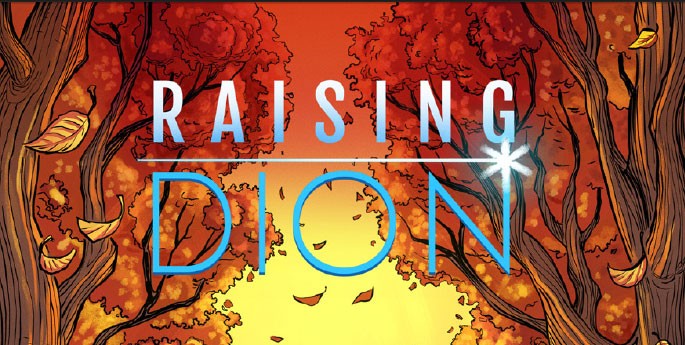 A black Solo Mom and her superhero son 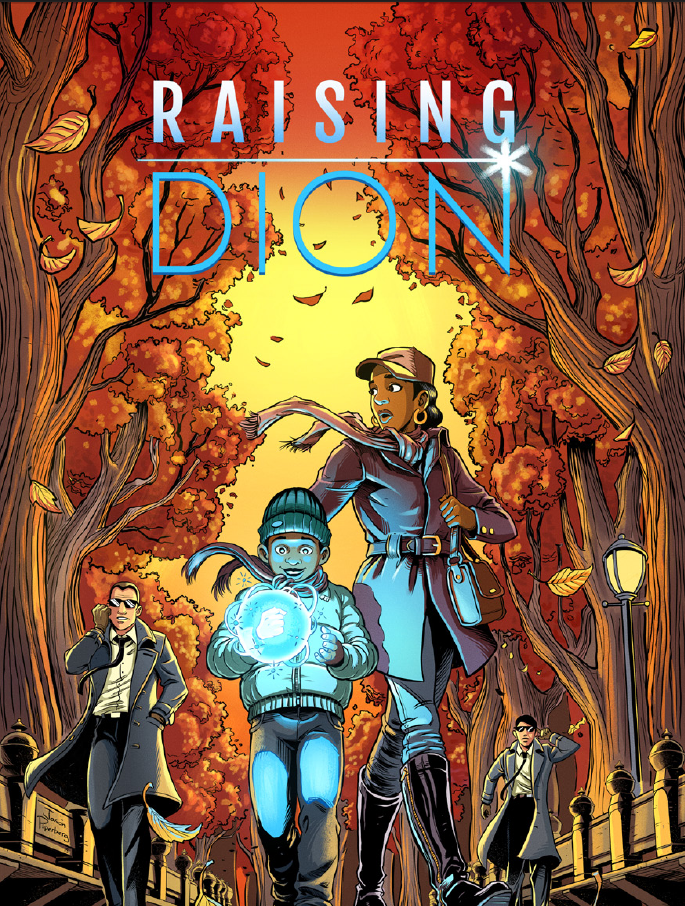 Move over, Wonder Woman and Batgirl! Although I know you ladies are crime-fighting divas, you’ve never had to raise a son with superpowers on your own. Meet Nicole, the main character in an upcoming comic-book series, Raising Dion, chronicling a Solo Mom–widow tasked with taking care of her gifted seven-year-old child. From the evocative, live-action trailer, Dion’s skills range from using his hands for blasting firepower, full-body invisibility, and telekinesis. Nicole is not dealing with run-of-the-mill parenting emergencies! She is concerned that he learns to use his powers appropriately, if at all. After all, he’s only seven, and how many walls can a Solo Mom patch up? But more important, she must help Dion keep his powers secret to protect him from the world.

The initial scenes of the comic book show Nicole and Dion outside their home in Hamilton County, New York. It is daytime, and she’s training her son in how to use his powers. Confident, self-assured, and with a sense of humor, this Solo Mom is focused on educating her son. Soon the reader is taken into the past, as Nicole begins to share the story of how she met Dion’s father.

Writer Dennis Liu does a great job in creating a story that is narrated by Nicole. Surprisingly, she is a well-rounded black female character. He seemingly stays away from the “strong, stoic black woman” tropes and creates a person who is living her life fully. We see that Nicole experiences nightlife, drinks a bit too much, gets hungover, and still makes it to her job. Though that might seem trite, depicting a woman as witty, sexual (not oversexualized), thoughtful, and smart without shame was a breath of fresh air to read. (Kudos to illustrator Jason Piperberg.) But that’s not all. She has a creative passion of her own—drawing—that is incorporated into the story.

A quick side note about adult comic books, just in case you haven’t read any. As a genre, these comic books (or graphic novels, which are longer and can be more meaty in terms of narrative) range in style and content. Although they can be raunchy and violent, there are many that aren’t, they often are filled with complex characters and antiheroes and heroines who are the protagonists. What’s different here is that the main character, the mom, is not a superhero (although as we know, Solo Moms are always heroic), which is a savvy choice on the creator’s part. And even though the majority of comic-book creators are men, there are women in the field, too. There is also a plethora of feminist comic-book characters who do not simply lose their clothes or need saving by a man. They are active, strategic, kick-ass ladies. I encourage you to give these books a try!

Now back to the story: When Nicole meets Mark at her workplace, the story journeys into their romance. Mark is attractive, smart, and funny (if not a bit of a nerd). He is everything one would want in a love interest. Panel by panel, Nicole shares her reticence and perceptions of what it is like to be in this unexpected dalliance. After a year of dating, Mark takes her on a trip to see the northern lights on Valentine’s Day. From there, nothing between them is the same, and everything in Nicole’s life changes.

On the surface, everything about this comic-book story seems simplistic, but the underlying political narrative is important to note. Having a black Solo Mom as a protagonist protecting her black son during a time of excessive police force against young men of color is a creative way of talking about the real fears and challenges of parenting boys today. After the nonindictment of former police officer Darren Wilson in the death of teenager Michael Brown, and the death of 11-year-old Tamir Rice by a Cleveland police officer, many Solo Moms were faced with having to figure out ways of explaining to their sons that they might be targets of racial profiling by the police and that profiling might lead to them being arrested, injured, or even killed. To say that such a conversation is difficult would be an understatement. It also would have been easy to use Nicole’s character as a scapegoat, making her either the “angry black momma” or helpless in the face of an uncertain and possibly uncontrollable situation. Instead (and especially in the live-action trailer), she is not shell shocked or just coping; Nicole is managing the situation and enjoying time with her son. Seeing her do so in the face of her challenge is refreshing. She is making the necessary choices to do the best she can for her child in their situation. The creators made this a point to exude in the live-action trailer as well.

You can get a free copy of Raising Dion and view the trailer on Liu’s website. Warning: the comic book will hook you, and there seems to be a wait for issue two. You can bug the creators on their Facebook page. If you like it, let them know. Content like this is worth fighting for.