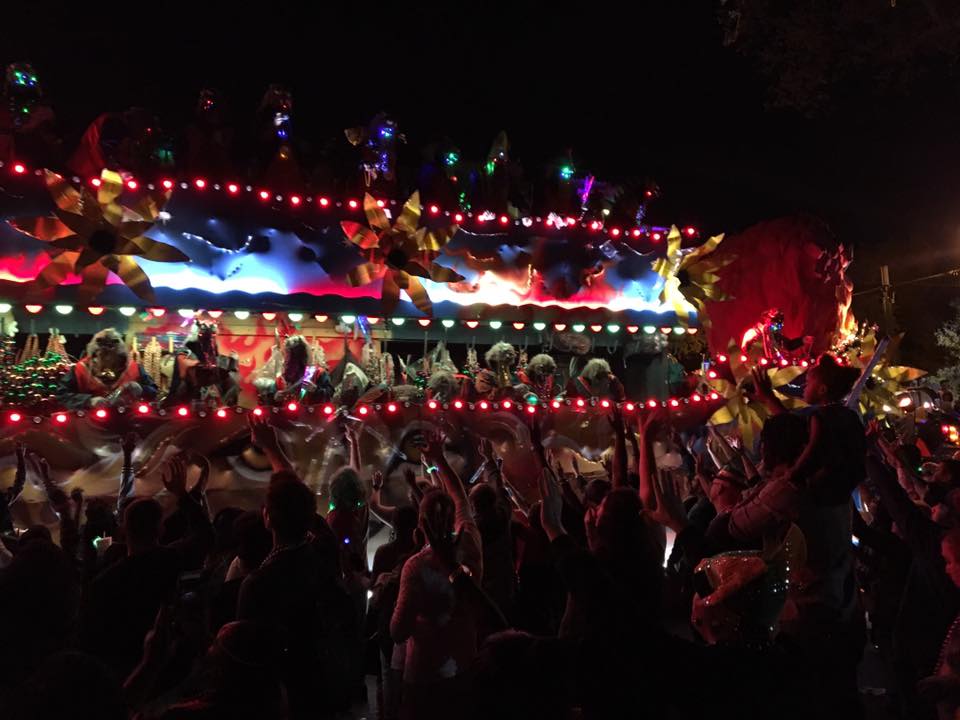 It is quite the sight, watching a Mardi Gras parade float make its way down the street. These aren’t your run-of-the-mill decorated trailers with a few people riding aboard. No, Mardi Gras floats are typically two stories tall with elaborate, sometimes animated and lit decorations and statues. Dozens of riders line the sides of the float, hurling beads, stuffed animals, toys, and plastic cups affectionately known as “Mardi Gras china.”

It is, in a word, exhilarating. 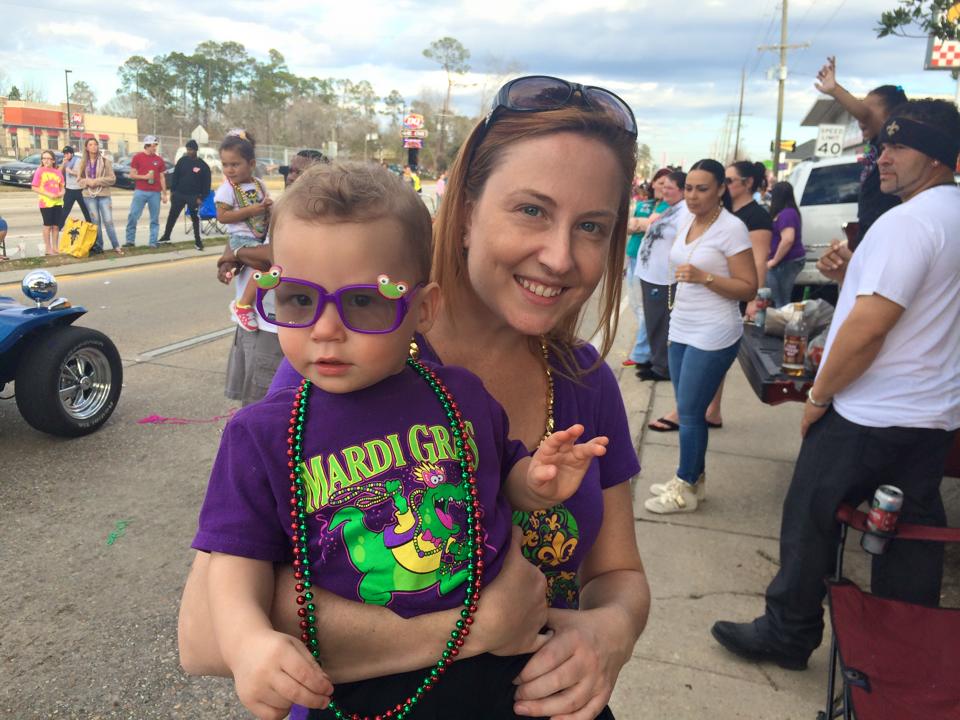 This time of year our weekends are filled with parties, parades, daiquiris, and blaring, dance-worthy music. And we eat a lot of king cake, the official Mardi Gras food—mouthwatering braided cinnamon bread topped with icing and stuffed with anything you could possibly imagine, from cream cheese and strawberry jam to pralines and even crawfish.

I’d like to dispel a few common myths about Mardi Gras:

Mardi Gras isn’t just a day, it’s a season. Known as Carnival, the fun starts on January 6, also known as Epiphany, or Three Kings’ Day. According to the Bible, it is the day the wise men visited baby Jesus. In New Orleans, it means the start of the Mardi Gras celebration.

In the weeks leading up to Mardi Gras day—this year it falls on February 13—there are parades on Fridays, Saturdays, and Sundays, and not just in New Orleans but also in the surrounding suburbs. In the week before Mardi Gras, the party kicks into high gear with several parades a day, each day leading up to Fat Tuesday (another name for Mardi Gras). There are parades with floats, walking parades with no floats, boat parades on the bayous, and even parades for dogs!

You do not flash your boobs for beads. This is one of the more pervasive myths about Mardi Gras and New Orleans in general. Locals do not flash their breasts (or any other body part) to score beads. If it happens at all—and it does, unfortunately—it’s in the French Quarter, and the flashers are usually drunk tourists.

With the exception of the sexually provocative Krewe du Vieux parade in the French Quarter, Mardi Gras parades are about as kid-friendly as you get. Float riders often save their best throws (beads, stuffed animals, and cups) for the kids, even hanging off the side of the float to hand toys to the youngest revelers to ensure they have a chance to participate just like the bigger kids.

The suburban parades are smaller and more subdued than the New Orleans parades, but even in the city itself there is a common rule among the throngs of thousands—the kids come first.

It’s not one big, drunken boozefest. OK, this one comes with a caveat: New Orleans does not have open-container laws. So, yes, you can walk down the street anytime day or night with a beer bottle (or a wine bottle) or a red Solo cup full of whatever adult beverage tickles your fancy.

And because it is best to get to the parade site early to save space, Mardi Gras parades tend to turn into a big tailgating party with grills, chairs, games—and, yes, booze. But the people who get so loaded they are falling over by the time the first float rolls by are amateurs and, again, often tourists. They will not only miss the best part of the party but also probably get hauled off by the New Orleans police who are not having any of that shit when they are trying to keep everyone safe.

Getting down to the good stuff: Mardis Gras throws

The main draw for these parades are the throws, with highly coveted throws that are unique to the krewe (the organization that puts on the parade) that’s throwing them. The Krewe of Muses and the Krewe of Nyx, both all-female krewes, throw glittered shoes and purses, respectively. The Krewe of Tucks throws decorated (and unused) toilet brushes and plungers. If you’ve never seen a group of grown adults throwing themselves in front of each other to vie for a decorated Mardi Gras toilet brush, you are missing out.

Arguably the most highly coveted throw in all of New Orleans is the coconuts thrown by the Zulu Social Aid & Pleasure Club, a historically black krewe that rolls on Mardi Gras day. In case you were wondering, yes, it hurts to get beaned with a coconut. I’ve never had the pleasure, but a friend of mine swears she saw a man have his front teeth knocked out by a flying coconut but come up smiling because he caught it.

Zulu even lost its insurance in the late 1980s after so many people sued because of coconut injuries, but was back at it a year later when the Louisiana state legislature passed the so-called Coconut Bill absolving Zulu of liability.

I someday hope to have both a Muses shoe and a Zulu coconut on display in my living room, but so far I’m 0 for 2.

Logistics. Mardi Gras also requires precision logistics, even more so when you are a Solo Mom. You have to haul the parade chairs and the bags to put all your throws in. You have a cooler with drinks and snacks. Having a young one with little access to a bathroom also means bringing a spare change of clothes just in case, along with sunglasses, sunscreen, jackets, umbrellas. Oh, and the kid. I’ve found a collapsible wagon to be our best friend during Mardi Gras season, and it’s a great way to block off a square of space.

Safety. Once the floats start rolling, it’s every man, woman, and child for themselves. My four-year-old isn’t quite old enough to fend for himself, so he gets lifted onto my shoulders each time a float rides by. In between catching the beads and toys tossed his way, I’m also constantly on the lookout for anything that might rain down and hit him in the head. Last year, I didn’t move quite fast enough, and he caught a handful of beads to the face.

As a Solo Mom, I don’t have another parent to share shoulder duty, so lots of Aleve are also required.

It is one of the best times of year here in New Orleans, and I hope my son will have years of happy Mardi Gras memories. I know I already do.

Even if you can’t make it to New Orleans, you can still celebrate Mardi Gras! Here are some tips:

1. Hit up Google for Mardi Gras–mask cutouts to decorate with your kids. The crazier, the better. If ever there were a time to bust out the sequins, feathers, and glitter, this is it.

3. Have a backyard or neighborhood Mardi Gras parade! The older kids can decorate bikes and wagons. Then use dollar store or party supply beads and trinkets as throws for the younger kids.

Where have you traveled with your kids for a good time?