Military Homesteading: Should We Stay, or Should We Go? 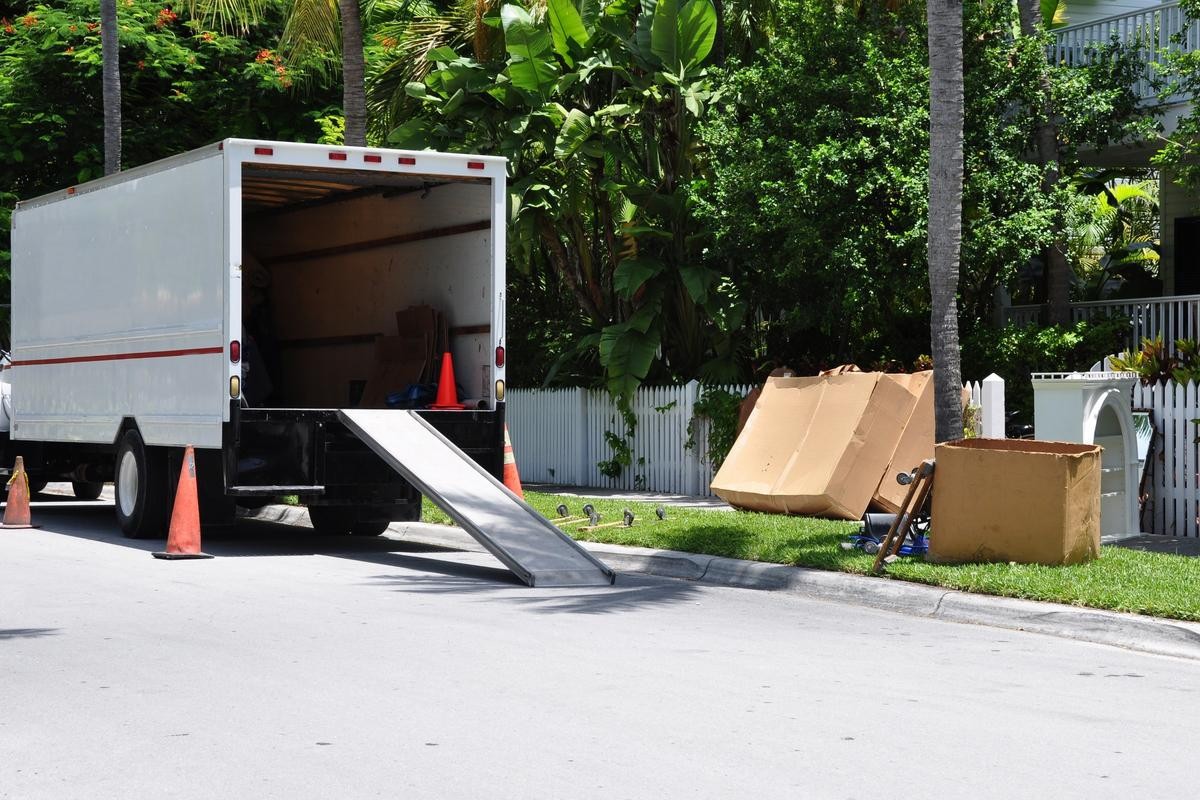 Military families choose between following their soldier or homesteading

Military families are adept at constant change and having the unexpected thrown in their direction—yet somehow they always land on their feet. But there’s one thing that throws even the toughest military family: choice. We are bred to endure but not necessarily to choose.

In previous generations, it would have been unthinkable for military families not to blindly follow their soldier to each new duty station, never taking a moment to consider if uprooting was in the best interest of the family unit. But today there’s a new generation dawning, and more military families are choosing to homestead for various reasons: maximizing educational opportunities for the children, the nonmilitary spouse’s career, the responsibility of caring for an aging parent, continuity in medical care—the potential reasons are endless. Now there is a choice to consider.

Nothing confounds a military brat quite like being asked where home is. Even now, as an adult, my temptation is to answer that question with, “How much time do you have?” I went to three high schools and spent my teen years spread around the world: Germany; Fort Benning, Georgia; Huntsville, Alabama; and Watertown, New York. I hate moving with every fiber of my being, and somehow, in my young eyes, it was all my mother’s fault. Now having two high schoolers myself, I can relate to the helpless frustration my mother must have felt during the constant moves; but, back then, the idea of our family not following my father to wherever the army sent him never occurred to us as a viable option. When I reflect on my military childhood, each duty station felt like home, and leaving was always gut wrenching. For me, even the house we occupied felt like part of me. Looking back I see that what made it a home was having my family inside it. The house itself was a shell.

Comparing my own experiences of 30 years ago with the circumstances facing today’s military families is apples and oranges. Thirty years ago, our military reflected our nation’s peacetime. Now we are a decade and a half into a war—a war we thought was winding down but, in fact, has no end in sight. Has that had an effect on military families’ willingness to follow their soldier to a new duty station every year or two, knowing they potentially face yet another deployment? Does it make more sense for a family to decide to stabilize in one place and tell the soldier, “We’ll wait here and catch you on the flip side, buddy.” Or is voluntarily splitting up the family when not dictated by deployment out of the question? In short, the answer to those questions is . . . it depends.

As committed to her beliefs on voluntary family separation as Quinn is, there are equally passionate spouses who argue for family stability through the choice to homestead. Rhonda Morrissey, the wife of another retired career soldier, explains her view: “I know that my husband and I made the right choice in stabilizing our family in one location. The rigors of battalion and brigade command are enough in a familiar environment. Why move when he would just be deployed and leaving us behind again? Our kids understand what it means to serve—even though they didn’t move every other year. They have truly experienced the best of both worlds with this decision. My only downside comment is this: if your marriage is not strong or you are not an independent person, I wouldn’t make this choice.”

Leigh Timmerman is yet another seasoned army wife and has a compelling point: “It’s a personal decision, and there are so many factors to consider. Every situation is different, and you can’t really judge another person’s decision. The thing that gets me, though, is that the word stability always seems to be used in association with school and neighborhood, but there is family stability to consider—and financial stability. It just seems like these days, there is almost a guilt factor associated with moving your high school student, that a parent should sacrifice and endure separation so that the child has stability, whereas I see it as just exchanging one form of stability for another.”

Hollyanne, a senior army spouse, is proof that military families should feel confident in their choices and not worry about stigmas and perceptions. Several years ago, her family found themselves in a unique position where they had to make the difficult decision to separate the family by choice. Here’s Hollyanne’s story in her own words:

“We have two children, both of whom are exceptional athletes. While we were stationed in Northern Virginia, our oldest daughter graduated from high school and prepared to head off to college where she would play Division I lacrosse. Our son, who attended public high school during his freshman year, was recruited by a prep school for the multiple sports he played. During the recruitment process, we learned that my husband would be reassigned to Fort Campbell, Kentucky, for an upcoming 15-month deployment. To our dismay, his assignment would start four to six months prior to deploying to Afghanistan. At this point, we knew the move was imminent, and we would have to pull our son from high school. However, when the prep school then offered him a scholarship, it changed everything and was an opportunity we could not pass up without serious consideration. Another factor to contemplate was the high school at the next duty station did not offer his primary sport, lacrosse. We collectively made a decision for my husband to go unaccompanied to Fort Campbell. This was an exceedingly difficult decision because over the years, most families expect to be separated by deployments. However, to choose to separate for a reason other than a deployment wasn’t something we had to face before, and we knew we would be separated for almost two years.

“A technique we used to get the kids excited about moving was called ‘The Pitch.’ We would deliver a positive ‘sales pitch’ focused on the positive aspects of the community we were moving to, essentially, to set a positive tone for the new school and neighborhood. Unfortunately, this was one time we could not use the pitch. For this move, we had a family meeting and talked about the pros and cons of geographically separating. Ultimately, we all agreed to let our son make the final decision, since it impacted him the most. Our son accepted the scholarship, and he chose to repeat his freshman year. During his four years at the prep school, he played three varsity-level sports and was recruited to play college lacrosse at the Division I level.

“When you make this type of decision, there are financial and personal challenges. I also felt some guilt for not going to Fort Campbell to play a key role in the support of the division prior to and during deployment. I also felt some anxiety about the level of support from the civilian sector, since we were geographically dispersed from a military installation; however, the level of support the prep school provided was exceptional and unexpected. Even though I was not living on a military installation, the civilian school staff, students, and family provided heartfelt support and wrapped their arms around our family. For my husband, knowing that our son was happy and doing what he loved allowed him to focus on the mission.

“We made the decision family first because family must come first. Your children are always your children all of your life, and you have to do what is right for your family.”

Obviously, this is a pressing issue that military families agonize over, many of whom are exhausted from being constantly moved, only to deal with yet another deployment in their new “home.” This choice becomes especially tricky when military children reach high school. Not only is the family dynamic in play but also athletics, graduation requirements, and having to start over in another high school. Or maybe the military spouse’s career has taken off and moving would jeopardize the spouse’s career trajectory. At what point do we say enough is enough and quit allowing the Big Green Machine to boss us around? How do families consider what is best for their specific situation?

The common thread in each of those statements is unique choice. The wife of a retired general officer who wished to remain anonymous had yet another perspective to consider: “To me, it turns into a larger issue of meeting the world as it is today, not as it was 50 years ago. Keep the family together if at all possible. When you homestead, you do two things: You tell the kid they are more important than keeping husband and wife together. It’s a heavy burden for a kid to carry, and it creates anxiety. I can’t tell you how many kids have been at my kitchen table crying from the pressure to perform because ‘Mom and Dad have sacrificed so much for me; what if I fail?’ It also sends a message to the spouses that there is something more important than being together meeting life’s challenges. They live two separate lives, regardless of communication these days. There is no substitute, and knowing there is the option to bail is corrosive over time.”

Theresa Crean’s active-duty husband is three years from retirement, and he has just been reassigned to Carlisle Barracks, Pennsylvania, from Washington, DC. The Creans hoped to stay put in DC until retirement, but Colonel Pete Crean’s new assignment in Carlisle is only a two-hour drive. After lots of debate, the Crean family decided that, logistically and financially, they could manage two households until Pete can return to DC. They spend every weekend together. “One of the toughest things is forgetting something at the other house,” Theresa told me. “It takes a lot of energy to plan and coordinate anything. In many ways, the emotional piece is just like it is on deployments—adjust, get used to a ‘new, temporary normal,’ then get ready to adjust again to being together.”

Each family and their set of circumstances are unique, and there is no one-size-fits-all solution to this increasingly prevalent dilemma. Our army has evolved and modernized, and so has military culture and the rigid expectations of previous generations of military families. Now families are encouraged and empowered to make choices based on what is right for their unique family situation. And this is not just rhetoric—as the voices of these military moms prove.

These are tough decisions to make. Become an ESME sister to confidentially connect with other military moms who understand.