I’m Friends with My Ex-Mother-in-Law 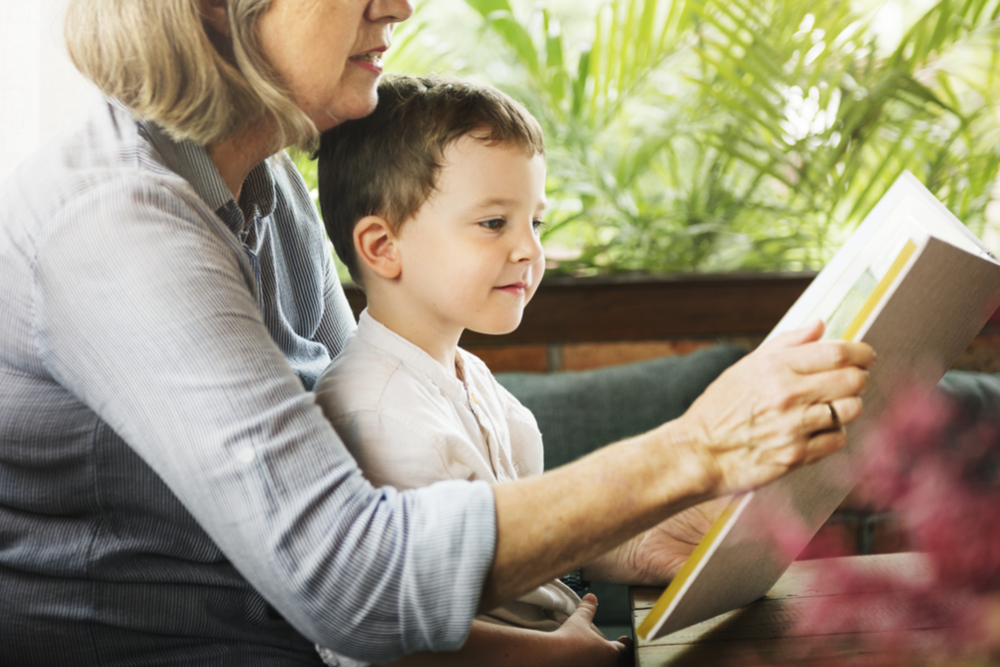 My ex-mother-in-law and I can spend hours talking about work, relationships, and her grandson. Recently, all three of us shared a hotel room, with she and I taking turns finding missing Lego pieces, helping my son with his homework, and trading off trips to the pool so that this tired Solo Mom could get a break. You’re probably thinking that we’ve created the perfect postdivorce, still-cordial-for-the-kid’s-sake relationship—except for one thing: we never met while I was married to her son.

Shortly after we started dating, my ex-husband told me that his mother was a sociopath, and he had no contact with her. I blinked. But since my family of origin isn’t exactly 1950s sitcom–worthy, I decided to accept it and didn’t push. He had a good relationship with his father and stepmother, and everyone told the same story.

“Catherine almost ruined Rick,” my ex’s stepmother told me. “She left him with mountains of debt and nothing but the clothes on his back.” Thanksgiving, Christmas, birthdays, and family visits, the ex-wife always came up. I wasn’t allowed to invite her to the wedding or send a birth announcement when our son was born, and my ex-husband made me block her on Facebook.

After a while I started wondering why everyone was still bitter about a divorce that had happened more than 15 years ago, or why they’d get angry at my brother-in-law for spending a holiday with her or accuse him of betraying his father because he still had a relationship with his mother. All the signs of an abusive family and an abusive and controlling relationship were there, but I didn’t see them until much later.

Patterns of verbal abuse in my marriage

When I left my husband, the verbal abuse had grown so bad that I dreaded coming home from work. Would he wrap his arms around me while I stood at the stove cooking dinner or direct nasty comments at my cooking skills and bland palate? If I complained about work, would he call me stupid? One day he’d acknowledge that he had an anger problem and promise to go to anger-management therapy, the next, he’d talk with his dad on the phone and march out of his office demanding to know how I was going to meet his needs. His parents blamed me if he forgot their birthdays, even though I would have reminded him three times to send a card. I was at fault for his weight gain during grad school, too, and for his deteriorating health.

After observing the lack of accountability in his family, I questioned the stories I’d been told. His responses to my actions after filing for divorce made no sense, either. “I’m not going to take care of you, Dena! I’m not your meal ticket!” he yelled, when discussions of child support came up. I’d point out that I was the one who’d supported us when he was getting his MBA, and that I had a good job and hadn’t asked for alimony, but my words never registered.

“You’re shit with money, can’t stick to a budget to save your life,” he sniped at me when talking about splitting expenses. But I’d managed to save money when he’d been laid off and was only bringing in unemployment.

My actions didn’t match up with his accusations. The more time passed after I left him and the more I could identify his emotionally abusive behavior—from withholding affection until I gave into his demands to isolating me from my friends—the more questions I had about everything I’d been told.

And when I read an e-mail his stepmom sent that said, “This is all Dena’s fault. You didn’t do anything wrong,” the pieces clicked into place.

It’s rare, in my opinion, for anyone to be completely blameless in difficult situations. Even I can acknowledge the negative ways in which my tendency to be passive aggressive in confrontation played out in our marriage. A therapist I worked with for years once told me that abusive families circle the wagons and ostracize family members who break ranks. They demonize the “other”— in this case my ex-husband’s mother—rather than acknowledge their own faults. The moment I left my ex, the switch flipped from “Call me Dad” to “She’s a damaged, selfish woman.” They’d probably done the same thing to his mother.

In the three years since leaving him, I’d thought about her more than once, until I finally decided to take action. A month ago I tracked her down on LinkedIn. It was awkward to type, “Hi, I’m the woman who divorced your son,” but I explained the reasons I’d left him and concluded, “I doubt you’re crazy, and I think you should have a relationship with your grandson.” She wrote back that night. Over our conversations, the picture of my ex’s family emerged, and the similarities were chilling.

Patterns in abusive families repeat themselves. Studies have shown that children who grow up in abusive households are three times more likely to repeat the pattern in adulthood. After witnessing how my ex-husband’s father fought with him, I had strong suspicions that he’d been verbally abusive in my ex’s childhood, particularly when I saw how he chose to parent our son. According to Prevent Child Abuse America, adult survivors of emotional and verbal abuse “may have trouble recognizing and appreciating the needs and feelings of their own children and emotionally abuse them as well.” From unrealistic and developmentally inappropriate demands of a toddler to excessive punishment and accusations that our son’s need for affection was manipulative, my ex and I fought constantly about how he chose to parent. He repeated patterns, which included the pattern of how abusive families treat people who leave.

The benefits of trusting my instincts

Every time the doubts I’d had about contacting her surfaced, I reminded myself of the untrue stories my ex’s family members were now telling about me. I saw her obvious love and joy at finally getting to meet her grandson, how she’d sit and read to him or play with him in the pool in a way my ex’s stepmother never did. And I saw a woman who would be a loving presence in my son’s life, a woman who wasn’t bitter or angry about her estrangement with her son, but resigned and sad.

Last weekend I watched my son run up to her in Nordstrom, calling out, “Grandma, look at this!” and slip his hand into hers. Our unlikely relationship has brought more love into my son’s life and an unexpected ally into mine. As women, one of the biggest gifts we can give each other is to believe our stories—whether it’s the story of leaving an abusive man or of harassment at work. If women speak up, take action, and support one another, these patterns can be broken.

Do you have a relationship with your ex-mother-in-law? We’d love to hear about it!