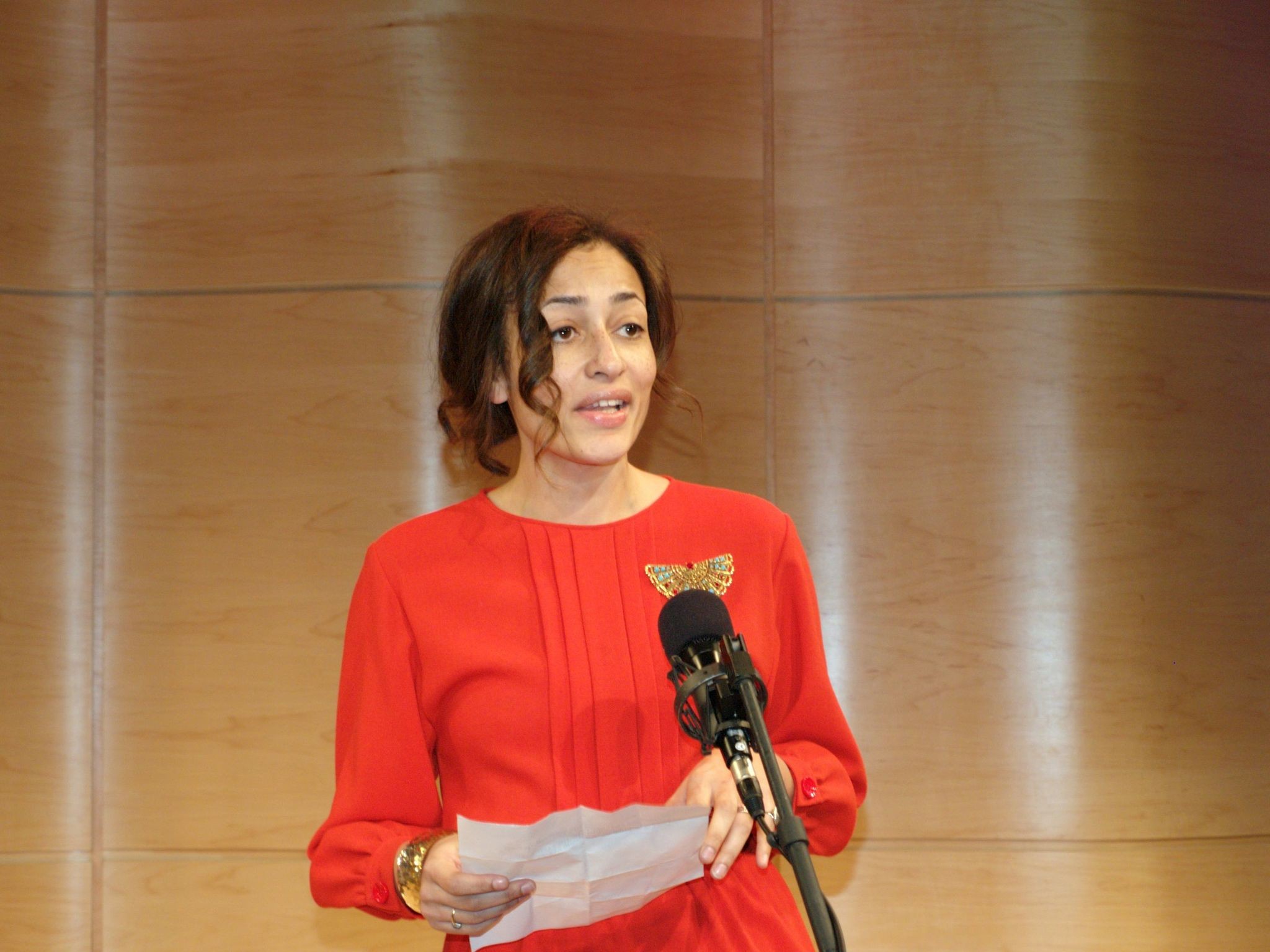 English writer Zadie Smith was born Sadie Smith to a Jamaican mother, Yvonne Bailey, and an English father, Harvey Smith. The couple made an unlikely pairing: Yvonne was considerably younger than Harvey, and they divorced when their daughter was a teenager. But both were drawn to books. As Smith observed to the Telegraph in 2012, “Pretty much the only place my parents’ marriage could be considered a match made in heaven was on their bookshelves.”

If her parents liked to read, Zadie loved it. “I think I was a kind of addict,” Smith shared in a recent New York Times “By the Book” feature. “I can remember reading a book called Dibs in Search of Self, a scholarly book about autism, when I was about 9, just because my mother owned it and it was there. If it was words on paper and it was in the apartment, then I read it.”

There was never a lot of money, and Smith has said that the straitened circumstances of her childhood may have driven her and her two brothers to succeed. (One brother is the rapper and stand-up comedian Doc Brown; the other is rapper Luc Skyz.) As she told the Baltimore Sun in 2015, “One thing about being lower-class is that you’ve got so much to prove that you work really hard.”

Smith’s work ethic manifested itself at Cambridge University, where she studied English literature. She completed her first novel, White Teeth (Vintage International), during her final year there; the book was published in 2000 and became an immediate best seller. Smith’s subsequent books have included On Beauty (which won the Orange Prize for Fiction and was published in 2006); NW (2013); and, most recently, Swing Time (2016), a meditation on race, friendship, and identity. (Plans are under way for Smith and her husband, Nick Laird, to adapt Swing Time to TV.) She’s strict with herself, even unsparing, when it comes to the work. Asked to outline “rules for writers” for the Guardian in 2010, Smith advised, “[T]ry to read your own work as a stranger would read it, or even better, as an enemy would.”

Her dad died in 2006, and she misses him. “Like him, I’ve got a fairly quiet spirit compared with some of my family, so I miss that,” Smith told the Telegraph. “But at the same time, his not being around made me more fully engaged with the chaos on the other side of the family, and I learnt to enjoy it much more. My mum is 100 watts and my brothers are very charismatic, and when I was a teenager I was always like, can you all chill out a bit, please? But you realize of course that this is the engine of your fiction: you don’t want your life to be ordered, quiet and controlled.”

Her children have also informed her work. Smith lives in New York City with Laird and their two kids, Katherine (Kit) and Harvey. In a November 2016 interview with Slate, she describes motherhood as being “superuseful” to her work, even as she acknowledges the writers—such as Virginia Woolf or Gertrude Stein—who wrote brilliantly and had no children. Basically, her writing credo is one where you bloom where you’re planted. “Every life that you live will give material for fiction,” she said. “But given that I do have children, it is that experience of just the simple thing of seeing life in the round . . . it is extraordinary to see your childhood replayed, refracted, to see yourself saying things your parents said, to be in this new relation to death.”

In this brief interview, Smith discusses her faith in fiction.

Hall of Fame solo mom in the spotlight writing Writer