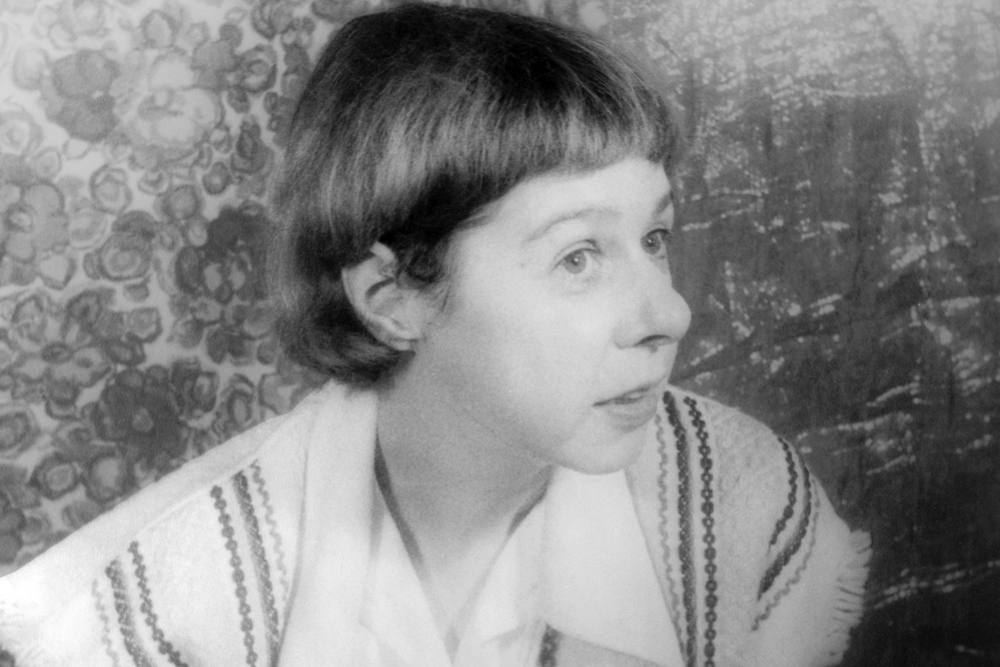 Before novelist Carson McCullers wrote the Southern Gothic fiction that has secured her a place in the pantheon of great American writers, she was little Lula Carson Smith from Columbus, Georgia, the treasured firstborn of Lamar Smith and Vera Marguerite Waters. Waters, an ambitious force of nature, was fiercely proud of her eldest daughter. Mother and daughter shared an intense and sometimes complicated relationship, but their bond was tight: after McCullers’s father died, when the author was in her 20s and in the process of escaping an unhappy marriage to Reeves McCullers, she moved with her mom, newly solo, and younger sister to a house on the Hudson River in Nyack, New York—a home where McCullers would live off and on for the rest of her life, and which she eventually bought from her mother.

From the beginning, both McCullers’s parents supported their Lula, encouraging her in her creative pursuits: according to a 2001 New Yorker article about the author, a young McCullers wrote skits and plays to entertain her parents, though during her teen years her dream was to become a concert pianist. Waters, in particular, backed this plan, believing her daughter was destined for greatness. But after a bout with rheumatic fever, McCullers felt unequal to the physical and emotional demands of music, and she turned to writing instead. Her first published story, Wunderkind, mines her own past, exploring the journey of a gifted child, a pianist, whose talents have been eclipsed by another young prodigy.

However painful abandoning music may have been to McCullers, writing proved to be a worthy alternative. During her lifetime she wrote a body of work that includes her debut novel, The Heart Is a Lonely Hunter, and The Member of the Wedding, a meditation on love and innocence that was successfully adapted for the stage. The Ballad of the Sad Café, arguably one of McCullers’s most famous works, is a collection of short stories, with the title story having been interpreted on film in a 1991 Merchant Ivory production. Themes of isolation, outsiderness, and the thorny problems posed by human love permeate these books. Notably, the endings aren’t necessarily happy ones, an anomaly in a time (the 1940s) when inextinguishable optimism characterized much popular American literature. It’s been argued that McCullers’s best work grapples with the tension she felt as she left the South behind to pursue literary life in New York City. At that time, the South was considered a place that was at best, unfamiliar, at worst, a sort of Nowheresville. As the writer Phoebe Pierce Vreeland once recalled, “You have to remember that the South was really where nobody went, I mean nobody.”

But back home in Georgia, McCullers’s mother basked in her daughter’s fame. Ever the iconoclast, Waters had never been “one of the crowd.” She wasn’t interested in religion the way her neighbors were, for instance; she was more drawn to promoting social awareness, which in that time and place smacked of a “Yankee” sensibility. Waters reveled in this difference, though, taking glee in scandalizing her conservative peers with comments such as the infamous, “Oh yes, my [then teenaged] daughter Lula Carson and I have such a good time smoking together. We do almost everything together, you know.” With her beloved Lula now a bona fide writer, Waters took to arranging a series of salon-like “drop-ins” at home, where local artists could stop by to drink punch and listen to classical recordings.

McCullers’s father died suddenly, reportedly of a heart attack, though he may, in fact, have committed suicide, recent studies have suggested. Suicide was to be a troubling theme in McCullers’s life: her husband, Reeves, whom the author divorced and then remarried, committed suicide in 1953 with an overdose of sleeping pills after trying to convince his wife they should take their lives together. McCullers, who over the years battled serious health issues and alcoholism, had already tried to take her own life in 1948, but she rejected her husband’s double-suicide plan and lived until 1967, when she died of a brain hemorrhage.

The rich legacy she left behind deeply impressed her contemporaries. As novelist Graham Greene once commented, “Mrs. McCullers and perhaps Mr. [William] Faulkner are the only writers since the death of D.H. Lawrence with an original poetic sensibility.” And her work continues to inspire: McCullers’s childhood home in Columbus and the Nyack house in which she lived as an adult are both owned by Columbus State University’s Carson McCullers Center for Writers and Musicians. The homes are integral to the center’s mission of educational and cultural programming, the preservation of McCullers’s legacy, and the nurturing of creativity. McCullers, whose own genius arguably was encouraged by her mother’s belief in her, would surely understand the power of such support. Creativity, after all, is a peculiar beast. As McCullers once said, “The sources of creation are very mysterious, and I don’t think one can find them by just looking for them. I think they have to come from within you. Don’t you feel so?”