Sonia Sotomayor: From Public Housing to the Supreme Court 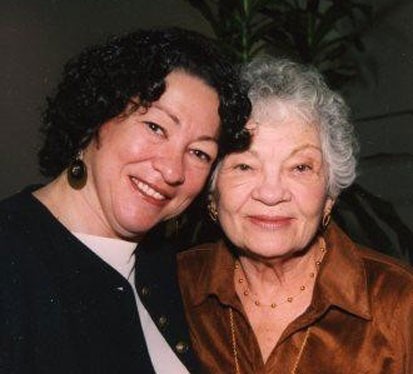 When her husband died of heart problems, Celina Sotomayor was left to raise her children on her own in a Bronx housing project. By age 10, her daughter, Sonia, decided that she wanted to go to college and become an attorney. This forward thinking isn’t so surprising, given her mother’s tremendous emphasis on education; Celina Sotomayor invested in the Encyclopaedia Britannica for her children. Celina returned to school to become a registered nurse, hoping to free her children to pursue their own lives: Sonia as a judge, her brother, Juan, as a doctor. Long before Sonia Sotomayor became the first Hispanic member of the Supreme Court, she described in a 1999 speech at Lehman College how her mother, orphaned in rural Puerto Rico at age nine, memorized her lessons by pretending to teach the trees. “My brother and I grew up in the projects,” Sotomayor said. “But through my mother’s emphasis on education, we are living wonderful, full lives, liberated from the shackles of poverty.”