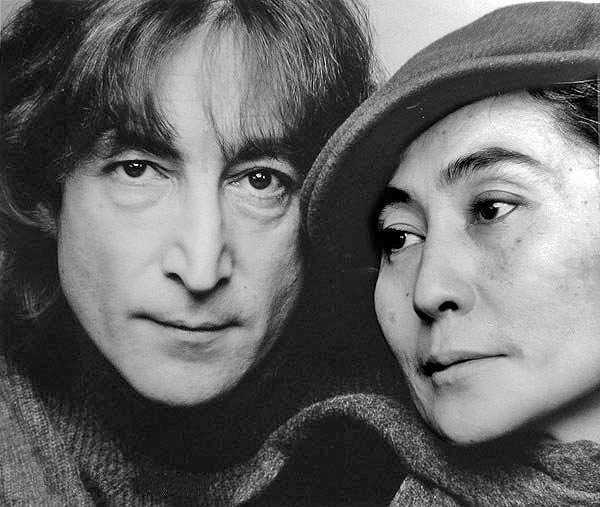 John Winston Lennon was born on October 9, 1940, in Liverpool, England. Even before his parents, Alfred and Julia Lennon, parted ways, the boy was primarily in his mother’s care; Alfred, a merchant marine, was often away at sea. Though the high-spirited and impulsive Julia Lennon eventually allowed her eldest sister, Mimi Smith, and Mimi’s husband, George Goodall Smith, to care for John, mother and son had an enduring, if unconventional, relationship.

Julia would visit John at teatime almost daily at Mimi’s house, and she bought him his first guitar. When John had difficulty learning the chords, she taught him to play her banjo, a simpler instrument. Because Mimi wouldn’t allow a record player in her house, John visited his mother so he could learn how to play his favorite songs and dance with her to Elvis records.

Over Mimi’s objections, Julia encouraged her son to continue with music. In 1956, when Lennon was 15, he formed a band in high school called the Quarrymen, which later evolved into the Beatles. Tragically, when John was 17, his mother was struck and killed by a car. Her death traumatized Lennon, even as she deeply inspired his work, including his songs “Mother” and “Julia.” Music critic and author Ian MacDonald wrote in Revolution in the Head: The Beatles’ Records and the Sixties that Julia was, “to a great extent . . . her son’s muse.”

After graduating high school, Lennon was accepted to Liverpool College of Art. It was there he met Cynthia Powell, whom he married in 1962. In April 1963 they had a son, Julian, who was named after Julia. During this time, he and his bandmates were at the height of what is referred to as “Beatlemania,” reflecting the band’s meteoric rise and worldwide success.

In 1968, Lennon and Powell divorced, and a year later he married artist Yoko Ono. The two had a son, Sean. In 1970, the Beatles disbanded, and each member went on to pursue a solo career.

Lennon became well known as an anti-war activist, which began with his and Ono’s famous “Bed-Ins for Peace,” during which they stayed in bed for two weeks, talking about peace. As John Whitehead, founder of the nonprofit civil liberties organization The Rutherford Institute, wrote in October 2012, “[I]t didn’t take long for Lennon to recognize that he could use his celebrity status to not only communicate his own ideas about the world but change the way people thought about issues of the day.” In fact, it was during his and Ono’s second Bed-In that Lennon wrote “Give Peace a Chance,” what Whitehead referred to as “the unofficial refrain of the peace movement.”

One passion that remained with Lennon throughout his life was his visual art. As described in a 2015 Huffington Post article preceding an exhibit of his sketches, “[They] depict the mundane and magical moments of being alive. . . . The stark line drawings . . . render images buzzing with emotion and vitality with the most meager (and squiggly) of means.” And in a review of John Lennon: The Collected Artwork by Scott Gutterman (Insight Editions, 2014), Rolling Stone said, “Its sketches are minimalist, emotional, funny and charming. Taken together, they show a man with a keen sense of humor and a deep love for his family.”

On December 8, 1980, Lennon was tragically shot and killed outside his apartment building in New York City by Mark David Chapman, who is still serving time for the murder.

Lennon was posthumously inducted into the Songwriters Hall of Fame in 1987, and twice into the Rock and Roll Hall of Fame—as a Beatle and as a solo performer.