John Irving: “Use Your Imagination” 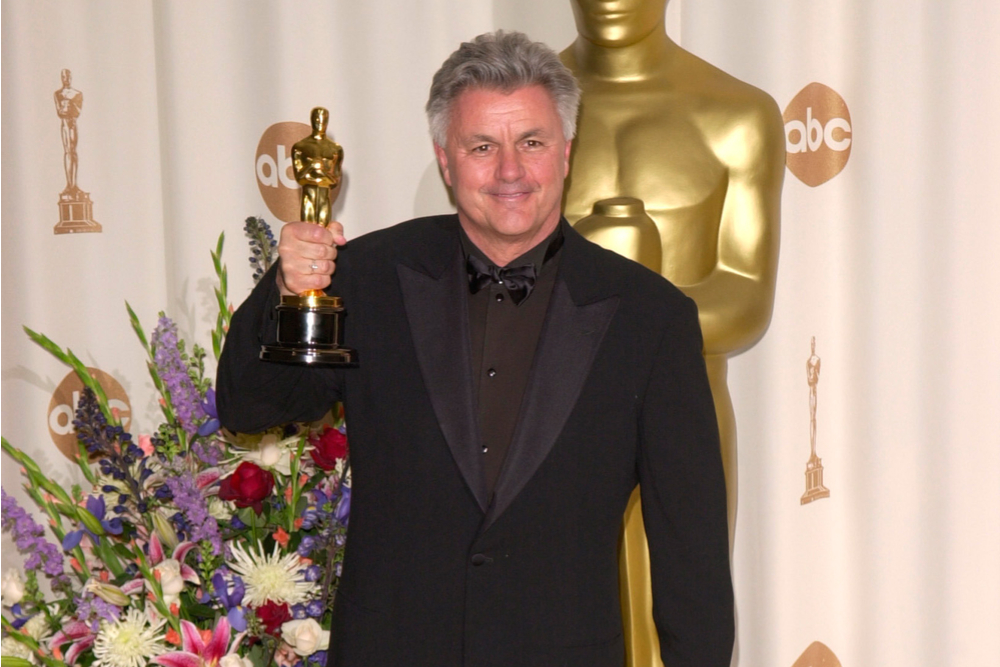 American novelist and screenwriter John Irving never knew his birth father. Born John Wallace Blunt, Jr., Irving underwent a name change when his Solo Mom, Frances (“Frankie”), remarried in 1948. Irving was two years old when Frankie divorced John Blunt, Sr., and six when his stepfather, Colin F. Irving, adopted him. Irving remembers his childhood as “largely happy,” but as he shared in an interview with journalist Irv Drasnin at an Academy of Achievement Summit, “There was a mystery in it that I think provoked my imagination.”

“[N]o adult in my family would ever talk to me about who my biological father was,” Irving told Entertainment Weekly in 2005. “No one ever demonized him, no one ever said he was a prick, but no one would discuss him. It was very New England [Irving grew up in New Hampshire].” What little he knew about his birth father came from an older cousin; Irving filled in the rest for himself. And when he would bait his mother, promising to, in writing, invent his father and the circumstances of his birth, Frankie reportedly would say, “Go ahead, dear.”

As Irving told Drasnin, “I was born with that father’s name, John Wallace Blunt, Jr., and it probably was a gift to my imagination that my mother wouldn’t talk about him because when information of that kind is denied to you as a child, you begin to invent who your father might have been.” That invention informed Irving’s fiction, as he had promised his mother it would: “[A]s friends and critics have been saying of my novels for some time, I’ve been inventing that missing parent, that absent father, in one novel after another.”

His biological father remained a mystery for years, until one day, when Irving was an adult and already famous for the success of his breakthrough fourth novel, The World According to Garp, Frankie left out a packet of letters for Irving to find. The letters were from her ex, Irving’s biological father, sent to her in 1943 when Blunt, Sr., was stationed overseas as a World War II flyer. “All the letters were about how he was sorry that he didn’t want to stay married to her, but he hoped she would permit him some relationship with me,” Irving told Entertainment Weekly. “Which she never did. Which I don’t judge her for. I wasn’t standing in her shoes in the 1940s in a small town.”

From the letters, Irving learned that Blunt had been in the Far East during the war, flying a route from India to China over a stretch of Japanese-occupied Burma. Irving went on to use that detail in his 1985 book, The Cider House Rules. “It was an offering,” he told the Independent in 2005. “Plagiarising my father’s letters to my mother and putting them into a novel was my way of saying, ‘If you’re out there, if you do read me, hello, I know something about you.’ But I never heard from him.”

Much later, Irving learned that his biological father was bipolar, and that Blunt had married four times and had children with three different women. Irving was writing the novel Until I Find You, which draws on elements of his own life, when a man named Chris Blunt reached out and introduced himself as Irving’s half brother. Blunt, Sr., was in fact dead by then; Irving and his birth father never met. But the author is adamant when he says he doesn’t question Frankie’s decision to keep Blunt’s identity a secret all those years. As Irving told Entertainment Weekly, “She gave my imagination a gift just by saying, ‘This is a closed door. If you want to know something about it, you imagine it. If you want to know who he was, use your imagination.’”

That imagination has fueled a breathtaking lifetime of writing. Several of Irving’s novels have been translated to film, including The World According to Garp and The Cider House Rules. For a complete list of Irving’s work, visit his official website at john-irving.com.

sons and daughters Hall of Fame