Wes Moore: Never Going to Give Up 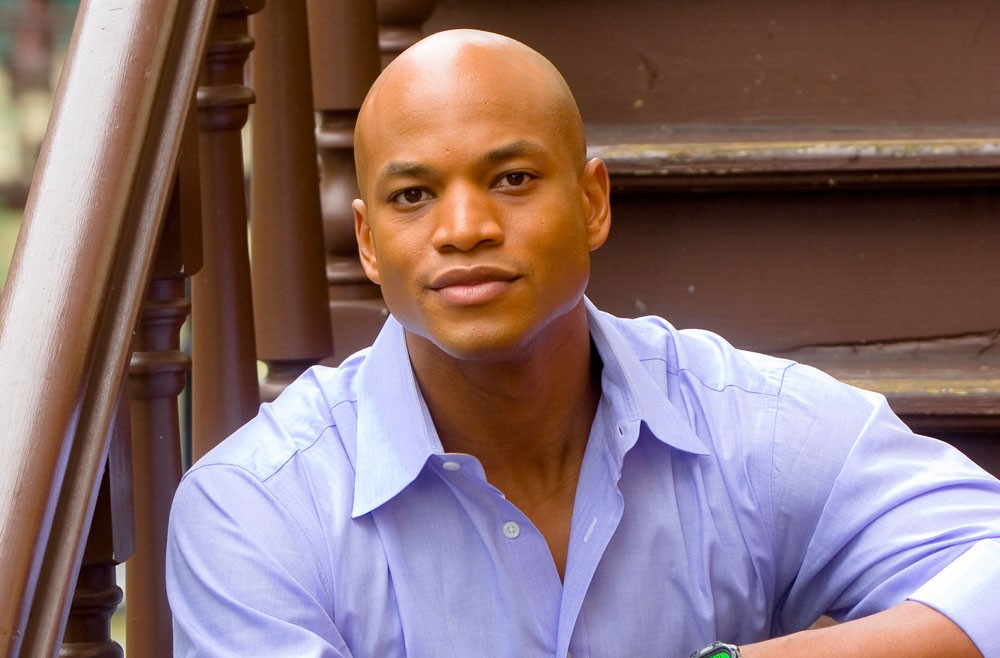 Businessman, U.S. Army veteran, author and now the first Black Governor of Maryland, Wes Moore was four years old when his father died in front of him of acute epiglottitis. Moore’s widowed mother, Joy, struggled emotionally and financially. As their neighborhood outside Baltimore grew more dangerous, she moved with her three children to her parents’ home in the Bronx.

Moore didn’t fit in there and began getting into trouble. “I first felt handcuffs on my wrist when I was 11 years old,” he shared with Jon Stewart on The Daily Show. Joy Moore convinced her parents to take out a loan so she could send Wes to a military boarding school, a decision she agonized over. Her only son ran away from Valley Forge Military Academy five times, until, he realized, “My mother wasn’t going to give up on me even though I was giving her a lot of reasons to do so.”

Little by little, his perspective began to change. He went to college, became a Rhodes Scholar, served in the U.S. military and as a White House Fellow, and worked on Wall Street. Haunted by the path his life could easily have taken, he wrote a book about a young man who shares his name and who now serves a life sentence for felony murder. The Other Wes Moore: One Name, Two Fates asks how two similar boys ended up with such different destinies. Moore donates a portion of the book’s proceeds to organizations dedicated to empowering youth; he’s also an advocate for war veterans. As he told Stewart, “Every day you’re doing what you’re not passionate about you become extraordinarily ordinary. . . . We need to find that thing that makes us extraordinary. Find that thing that gives us our greatness and then go after it because that’s the only way that you’ll find that level of fulfillment.” Although Wes Moore’s win is historic he often said on the campaign trail, "We’re not running to make history. We have a unique opportunity to make child poverty history. We have a unique opportunity to make the racial gap history." Thank you Wes Moore for your passion and inspiring us to be extraordinary.