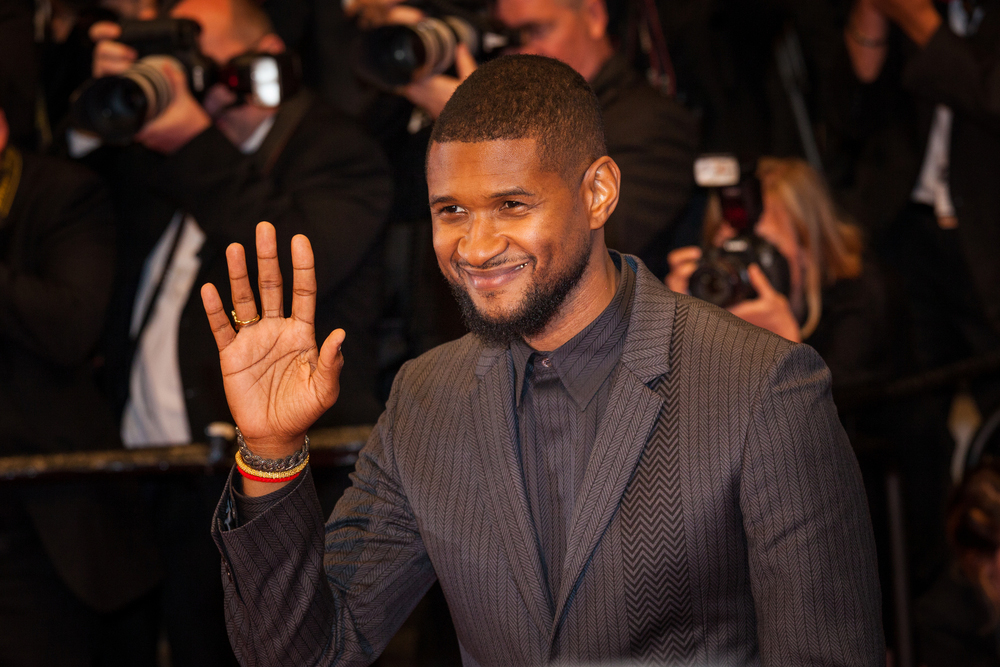 On the season 12 finale of The Voice, singer-songwriter Usher and Voice contestant Chris Blue (who went on to be named the season winner for the show) knocked the ball out of the park when they performed the R.E.M. song “Everybody Hurts.” The song, dedicated to victims of the suicide bombing that had taken place at Manchester Arena in England the night before, drew praise. The moving performance is just the latest in a series of coups for Usher, who was a coach on The Voice during seasons four and six, and whose work over the decades has highlighted what the New York Times’s Jon Pareles once called “a genuinely expressive voice that encompasses an ardent croon, a melting falsetto and quick, singsong declamation that puts him at the border of rapping.” Usher’s versatility has certainly served him well: in 2014, Fuse ranked him as the 10th most award-winning musician of all time. He’s also the son of a Solo Mom, Jonetta Patton.

Usher grew up in Chattanooga, Tennessee; his dad abandoned the family early on, but his mom was a constant in his life, always providing encouragement, support, and a grounded sense of right and wrong. As the singer once told Interview, “[My mom] showed me the difference between good and evil. My dad never did. He split when I was born.”

Usher grew up in an environment steeped in music: his extended family, which included grandmothers and aunts, were big R&B fans. When young Usher heard the Jackson 5’s “I Want You Back,” he was inspired and started to think about singing himself. Patton helped her son hone his skills, encouraging him to join her church choir and entering him in talent contests. Usher went on to win many of those contests; at 13, he appeared on Star Search and set the record for the longest note—12 seconds—ever held by a child. He also was named best teen male vocalist on the show, a win that led to a recording contract with LaFace Records. He released his first, eponymous album in 1994. He was 15 years old.

Mother and son are close, which is not to say they haven’t faced challenges over the years. Usher’s 2007 marriage to Tameka Foster created strain: Patton did not approve of the union and declined to attend the wedding. The couple divorced in 2009, but as Patton told Oprah Winfrey in 2012, “I never said, ‘I told you so.’ But the thing that I . . . expressed to him [was] that ‘If you’ve learned something from this, it’s OK.’”

Usher, who retains primary custody of his two sons with Foster, quietly married his girlfriend and manager, Grace Miguel, in September 2015. His career has continued to thrive, with recent projects ranging from his well-received album Hard II Love to roles in films such as Hands of Stone, a biographical sports film about Panamanian former professional boxer Roberto Durán, in which Usher plays boxer Sugar Ray Leonard. The singer is also deeply involved with the charity he founded in 1999 with Patton’s help: Usher’s New Look, a nonprofit dedicated to improving the lives of disadvantaged kids.

And his mom? For years Patton, as CEO of JPat Management, managed her son’s career. She came out of retirement in 2016 to start J’s Kitchen Culinary Incubator, a 21,000-square-foot facility in Atlanta that includes three kitchens, where fledgling food businesses can make their products and develop their businesses.

She still makes time to babysit her grandchildren, though. And it seems that the Solo Mom continues to have a profound influence on her son. “Sometimes, when I’m scolding the kids, I sound just like my mom,” Usher once joked. “I’m like, ‘How did Jonetta get in here?’”