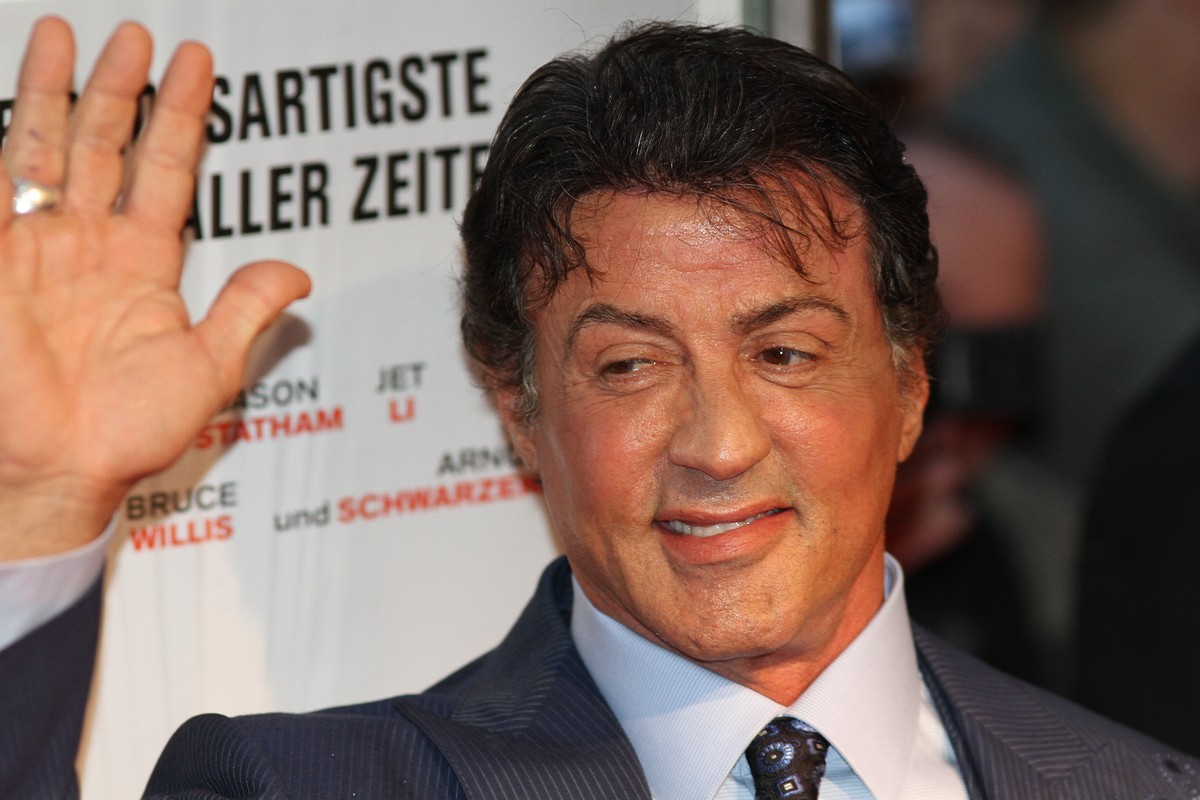 Sylvester Stallone, who turned 70 on July 6, 2016, seems ageless. He is known for enduring a punishing physical training regime to prepare himself for the rigors of acting in films such as The Expendables and in the beloved Rocky boxing series. He is also a man of many dimensions: actor, writer, director, painter, bodybuilder, and boxing promoter. At the center of his success and apparently durable genes: his Solo Mom, 94-year-old Jackie, who has owned a women-only gym, been a television personality and an astrologer, and is pumping iron into her 90s.

Stallone was born in New York in 1946. His birth was traumatic: obstetricians using forceps to assist in the delivery accidentally severed a nerve in his face, resulting in partial paralysis that affected his speech and gave him the appearance of a permanent sneer. His father, Frank Sr., was a beautician, and, in 1954, Jackie opened a women’s gymnasium after the family moved to Washington, DC. Stallone’s parents divorced when he was nine years old. He lived with his dad for a spell before moving in with Jackie and her second husband.

Throughout Stallone’s youth, Jackie sought to improve his life. When he suffered from being flat-footed, she enrolled him in tap dancing school. When he struggled academically as a teen, she got him a job in Frank’s beauty salon. She later attributed her son’s experience in tap as an influence on his success making the Rocky movies.

“All the Rocky movies are all choreographed, and he did all the choreographing,” she told Daily Mail’s online edition in 2013. “He doesn’t know how to box anymore than I do. That was from the ballet and the tap that he studied.”

After graduating high school, he studied drama at the American College in Switzerland and the University of Miami. He left college without graduating to focus full time on becoming an actor. For about five years, he paid his dues, landing bit parts in movies and TV shows. And then came Rocky.

Stallone penned the script, about underdog Rocky Balboa, over the course of a three-day writing spree in 1975. At the time, he had $106 in his bank account, according to a New York Times profile. Although, at this point in his career, Stallone was an unproven actor, he insisted on playing the lead role role when he shopped the script. Either he was the star, he said, or there would be no film.

His instincts were correct. Rocky was a smash hit when it premiered in 1976, thanks in large part to the gritty authenticity of Stallone’s performance, which connected with audiences and critics, too: the movie was nominated for 10 Academy Awards, including Best Actor and Best Original Screenplay, which validated Stallone’s decision to develop the film his way or no way at all. Rocky won three Oscars, including Best Picture.

In the 1990s and 2000s, Stallone’s star began to fade with his uneven attempts to branch into comedy and drama, but he had plenty of fight left in him. He reprised his signature role in the successful Rocky Balboa in 2006 and, in 2010, wrote, directed, and starred in the hit action film The Expendables; successful sequels followed. In 2015, Stallone brought Rocky to the big screen yet again in the critically acclaimed Creed, for which he was nominated for a Best Supporting Actor Oscar. As he approached his 70s, Stallone’s legacy was secure, transcending film: a statue of Rocky Balboa stands at the Philadelphia Art Museum, the scene of an iconic moment from Rocky.

Stallone has been married three times; his short-lived marriage to Brigitte Nielsen and subsequent divorce in the 1980s created tabloid fodder. In 2012, he experienced personal tragedy when his son Sage died of a heart attack at age 36.

Throughout the successes and setbacks, Stallone’s Solo Mom has been a constant presence, often grabbing headlines of her own, as when she set up her own psychic hotline and made high-profile appearances on The Howard Stern Show and Celebrity Big Brother. Her colorful personality was even parodied in a 1994 Saturday Night Live skit. While her son has created movie franchises, Jackie Stallone has created her own multimedia franchise: herself.

In their own ways, Jackie and Sylvester are going stronger than ever.