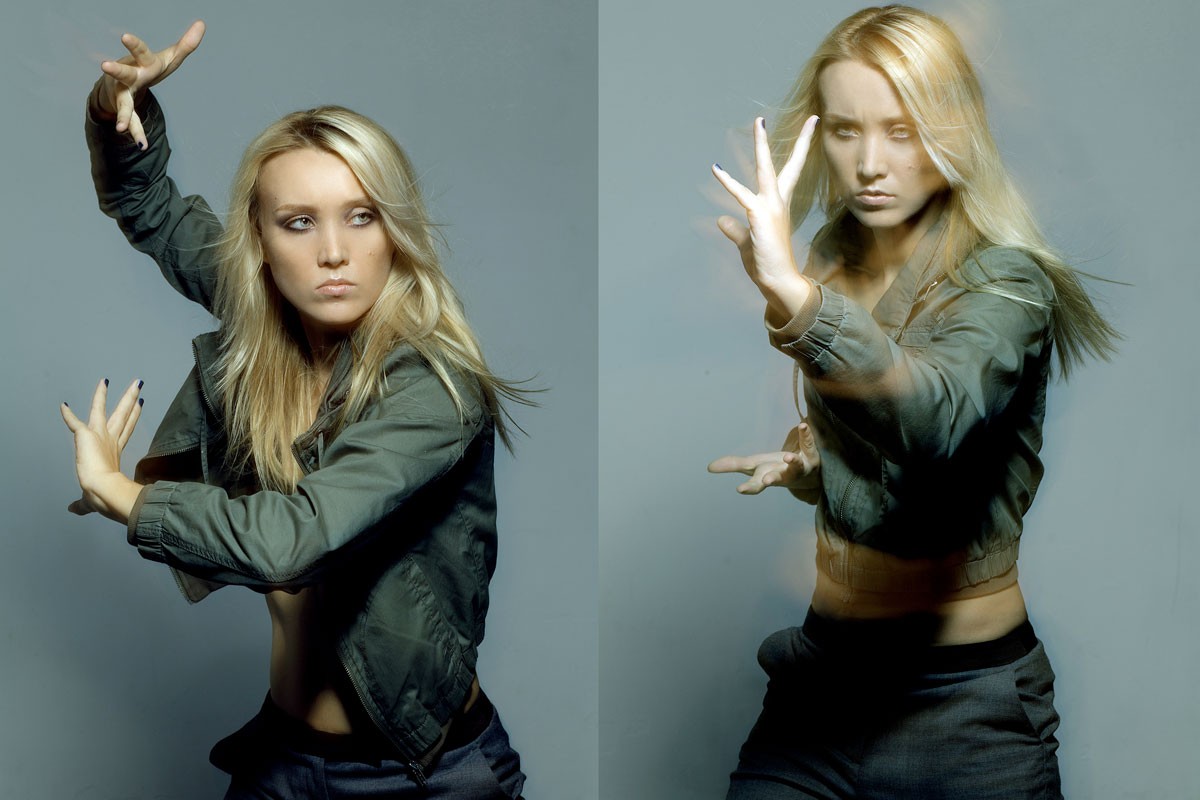 Mamo is the Ukrainian word for mom; in Russia, it’s Mama. Svitlana Zavialova would know: she speaks four languages. The only child of a Solo Mom, the Ukrainian-born performance artist, actress, and producer began her career as an international wushu competitor (a Chinese martial art similar to kung fu), winning multiple world championships. She later transitioned into “martial movement,” then to theater and classical Chinese opera; this ultimately led to her segue into film. Zavialova is also a licensed clinical psychologist and is well traveled, having wandered through Thailand and Cambodia mostly on foot.

I had the pleasure of sitting down with Zavialova; beautiful and powerful, her voice inflected with an arresting accent, she possesses a mind filled with deep thoughts and colorful stories. Oh, and she’s only 28! Yes, you read that correctly—28 years old. (Feel free to insert jealousy and awe. I did . . . until I got to know her.)

Q: You’ve had so many adventures and diverse careers.

A: From a very early age, I knew I wanted to express myself, and I wanted to see the world—as much of the world that is possible.

Q: What inspired this?

A: At the moment, I have just figured out who I am and what makes me happy. I discovered my message for the world and figured out a vessel through which to deliver it.

I see myself as an artist of “martial movement.” Many people would call me a “martial artist,” but martial movement and martial arts are two completely different things. The general use of the term martial arts usually has something to do with kicking and fighting. It has the energy of aggression. Even when people perform their kata (a choreographed pattern of martial arts movements), you think of fighting.

My goal is to show the endless capacity of martial movement to the Western world—as it’s been long misunderstood and misinterpreted.

Q: How is martial movement different from martial arts?

A: It’s hard for me to define. Martial movement has nothing to do with fighting. Martial movement expresses a wider range of emotions not related to fighting or aggression. Here, they call it Zen. When you think about it, in the very beginning, there was just movement. We didn’t have a word for it. We didn’t know what it was. We just did it. Then humans gave it names.

Students of martial movement learn practical self-defense and explore traditional martial arts in a nontraditional format while developing discipline, awareness, strength, and coordination. It is the shell through which you practice balance and effective, graceful movement.

Q: When did your mother become solo?

A: I believe I was four. But I don’t have a dramatic story. My father was very sick. He was in the hospital with pneumonia and actually died for three minutes. When he came out of it, when he came home, he was another person—in the same body. It’s quite mystical. He was not the man my mother married, so they divorced. I stopped seeing him because there was no connection for me anymore. He wasn’t my dad.

Q: How was she able to support you?

A: My mom worked a lot. In 1991, the Soviet Union collapsed. The majority of people were mathematicians, engineers, and those with statistical careers. They had real trouble, but my mom was an interpreter from Russian to English, so she got out of trouble. She did a lot of book and document translation and teaching.

Q: How did your mother inspire you?

A: I come from a long line of strong women. My first childhood memory of my mom was that she was someone on my side. Her message to me was, “You are small but talented. What is it you want to do? What do you want to try? My job is to facilitate this.” It was wushu. I started at four—and my life happened.

My granny was always there. They both told me the most important thing is to find what you love to do. I was so obsessed with the movement thing—and when someone, anyone, is so excited and happy, you don’t question it.

Q: Do you think your mom was born with this strength or learned it from her mom?

A: A little bit of both: My granny always had this warrior light around her. She was a child of war. After it ended and it was time to choose a career, she wanted to be a pilot. But back then, people were more sexist than they are today. You couldn’t be a pilot unless you were a man. So she became a mathematician.

Q: Do you believe strength is genetic?

A: Yes, but I also think every woman has a huge capacity to do whatever she wants. It’s just often suppressed. Historically, women are told, “You can’t.” The women in my family dealt with this. My life was a chance to see what would happen if there was another vision. How would it be if there were no limitations? It took a little faith.

Q: In your family, were you the first one to challenge limitations?

Q: When did you leave home?

A: When I was 17, I signed a contract with an athletic company. It was in the middle of the Ukraine in a city called Nikolaev. I moved all over the place to train. I also went to school. I would take the train 12 hours to get to the university. After a couple of years, I felt that my country was going to collapse—and I was right.

I wanted to take part in the wushu world championship in China but could clearly see that my country and the situation around it wouldn’t allow me, so I decided to just find a job. I signed up with a theater company so I could travel as a resident of my own country. We traveled and performed in Europe. I set the intention that I would go to China someday. When I was 22, I was noticed by some Chinese representatives who invited me to work in theater in China. Maybe my intention helped me out.

Q: How did your mother handle your leaving?

A: Your children aren’t your property. What if you knew the action of your child is what they always wanted? She wasn’t sad, and we stayed in touch via Skype and e-mail. . . . I’m not the type of person to call every day. My family does not expect that. But every month we have a very expensive talk.

Q: Do you think your mother is proud of you?

A: Absolutely. I’m proud of myself. Why wouldn’t my mom be proud as well? She’s proud just because I’m me. It didn’t matter what I would become. I never had the idea that something was expected of me.

Q: Did your experience of being raised by a Solo Mom affect your relationships with men?

A: I didn’t have a dramatic experience with my father. There are a lot of things that people say about single moms, but women are so strong. They bring life. They are capable of not making drama, but something beautiful. And I believe I am a good example.

Q: Do you have a standout memory of your mother?

A: I have so many. . . . Once, when I was eight, I was in a school play where the character was supposed to have blue hair. Moms did not dye hair! I asked my mom if she would dye my hair for the part. She said, “Absolutely.” So we did. I remember sitting on the bus with my hair dyed blue and feeling so blessed and lucky that I had a mom like her.

Q: What about your mom makes you the most proud?

A: So many things, but mainly that she sees the bright side of everything. She is naturally optimistic. And it’s real—she doesn’t fake it. When I call her, she always reminds me that everything I’ve ever wanted, I’ve achieved.

It’s paradise in her head.

To see Zavialova in action, watch this video: