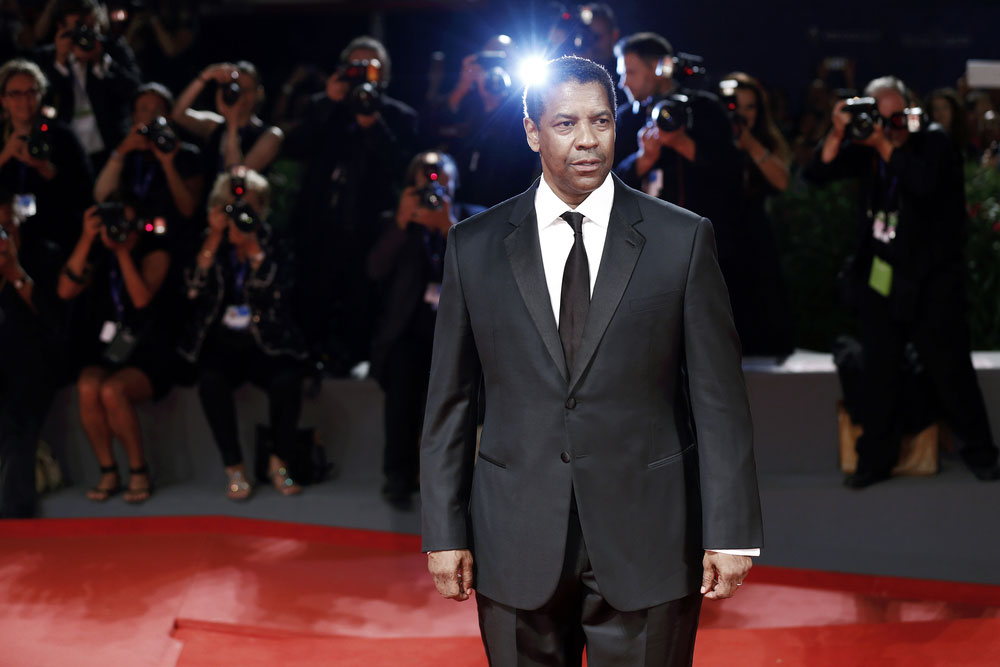 In the 2016 film Fences, actors Denzel Washington and Viola Davis reprised roles they owned on Broadway. Fences was a play first, the sixth of August Wilson’s 10-play Pittsburgh Cycle series, which highlights black lives in each decade of the 20th century. Set in the 1950s, both play and film tell the story of Troy Maxson, a would-be baseball star and garbage collector, and his wife, Rose. Wilson wrote the screenplay for Fences before his death in 2005; Washington, who earned a best actor Oscar nomination for his interpretation of Maxson onscreen, also directed the film. (The film earned three other nods, with the Oscar for best supporting actress going to Davis, who portrays Rose.) He hopes to eventually bring the remaining nine Wilson plays to HBO. It’s an ambitious project for an ambitious man; how did he get to this point? The son of Solo Mom Lennis Washington, a beauty-shop owner whom Washington has described as a “go-getter” (Washington’s parents divorced when he was 14), Washington credits his mom as being one of his singular influences.

“I was mischievous,” Washington told ABC News in 2016. “My three closest friends did quite a bit of time [in jail] . . . decades. One did 28 years [behind bars], one did 20, and the other did 12. One is dead . . . the other two are out.” He said that his mom “had enough sense to get me out of that situation before it was going to be my turn.” In a 2013 interview with the Sun newspaper, Washington shared that a teacher took his mother aside and told her, “He is a smart kid—get him out of here.” So Lennis did, sending her son to a boarding school in New Windsor, New York. When asked during the ABC interview what advice he’d offer to his 15-year-old self, Washington laughed. “Listen to your mother!” he said.

Washington completed high school and studied journalism before pursuing acting. His first big break came when has was cast as Dr. Philip Chandler in the NBC medical drama series St. Elsewhere. In 1987, his portrayal of antiapartheid social activist Steve Biko in the film Cry Freedom earned him further acclaim; since then, his career has included diverse roles in films ranging from Glory to The Manchurian Candidate to The Magnificent Seven. He’s won two Academy Awards and has just been nominated in the Best Actor category for his portrayal of civil-rights lawyer Roman J. Israel in the film of the same name; on March 4, he’ll find out if he’ll be adding another Oscar to his collection.

Bottom line? Denzel Washington is grateful to his Solo Mom. As he said in the Sun interview, “What would have happened to me had it not been for my mother? I don’t know—but I would not be living this kind of life, that’s for sure.”