Gold Medalist Simone Biles Is Much More Than Her Birth History 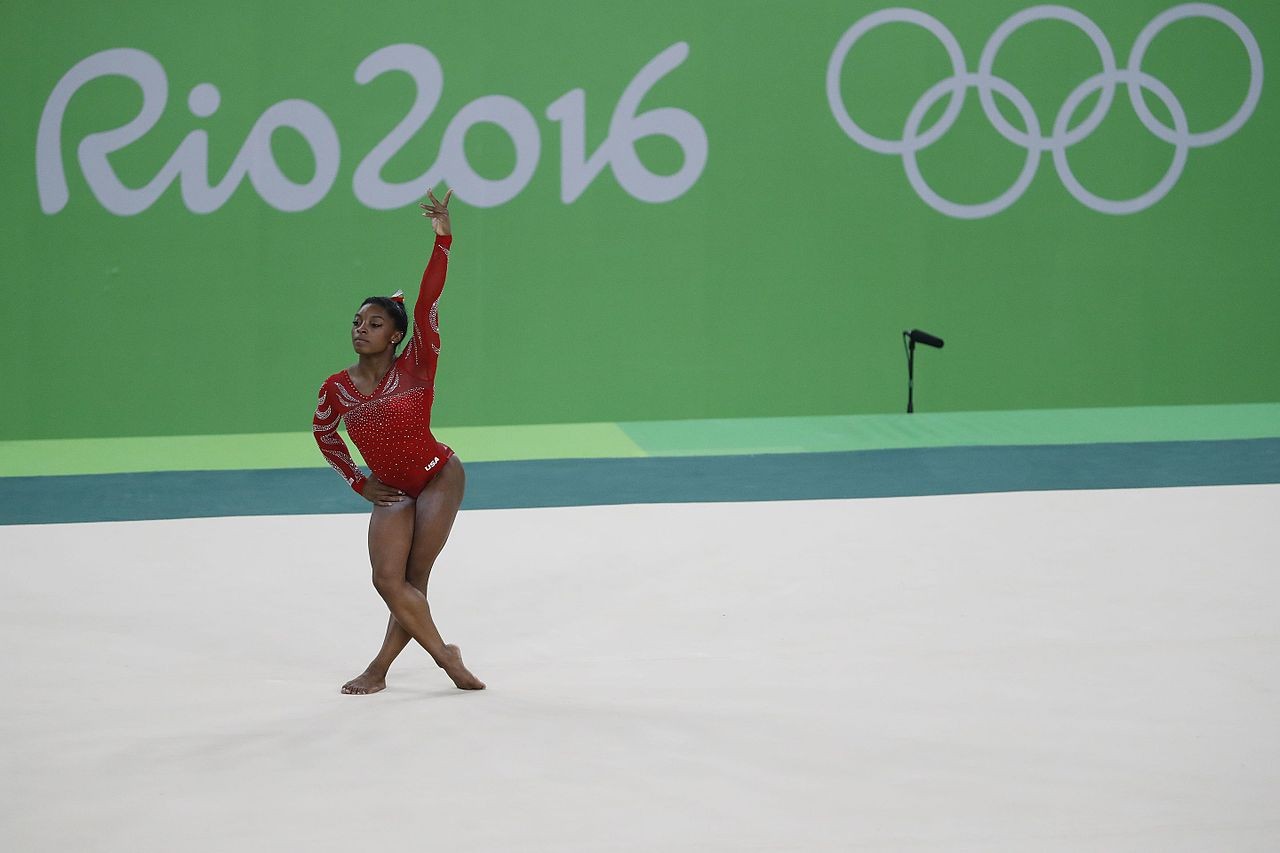 She gets thunderous applause when she takes to the floor. The roar is deafening when she sticks a landing. Simone Biles, who was billed as the best gymnast in the world after racking up a neckful of world championship medals before she set foot at the Rio Olympics, continued to live up to that billing after leading the U.S. women’s gymnastics team to Olympic gold in the team event competition and earning another three individual gold medals in the women’s all-around, vault, and floor events, as well as a silver medal in the balance beam event in Rio.

Yet over and over, the narrative about Biles in the media continues to put her adoption front and center. Her teammates were introduced on NBC’s coverage of the Olympics with factoids about their home lives, their training, their past accomplishments. While Biles’s career highlights have certainly been touted, a large portion of the commentary about her has focused on the fact that she was born to a Solo Mom and her grandparents adopted her and her sister after they were placed in foster care.

NBC has repeatedly hammered home that Biles is adopted and repeatedly made references to her parents—Ron and Nellie Biles—as her grandparents.

And then NBC announcer Al Trautwig tweeted, “They may be mom and dad but they are NOT her parents.”

Guess what, Mr. Trautwig? That is exactly what they are—in every sense of the word.

The reaction was swift.

“Hey @AlTrautwig You don’t get to decide what a family is,” tweeted Kelly Hoover.

NBC quickly got involved. Trautwig’s original tweet was deleted, and he issued a statement, according to the Associated Press, saying he regretted his comments: “To set the record straight, Ron and Nellie are Simone’s parents,” he said.

Still, calls continued to pour in, demanding Trautwig to apologize directly to Biles.

Scott Schachter, an optometrist from Pismo Beach, California, tweeted, “As an adoptee, deleting a tweet isn’t enough. Hope you apologized. And hope you are smarter than that.”

Biles has said repeatedly in interviews that Ron and Nellie Biles are her parents. That’s where the commentary should end. Families come in all makes and models. It’s what makes them unique. As spectators, we don’t get to label another family. It doesn’t matter whether Mom is actually a biological aunt or a woman who adopted a baby at birth. It doesn’t matter if a teenager calls his Mom “Jane” even though she birthed him and raised him. She is simply Mom.

It doesn’t matter if you are a Solo Mom by choice either by adoption or giving birth and you do not have a partner. You are not “less than.” You are Mom.

And it doesn’t matter if Simone Biles’s parents are her biological grandfather and his second wife. They are her parents.

She’s not at the Olympics because she was placed in foster care and adopted. She’s there because she’s at the top of her game and dominates a grueling sport.

Much has been made of the anxious squirming by Aly Raisman’s parents when they watch her every move from the stands, and yet you don’t hear any commentary about how her parents had sex and chose to raise the baby. Adoption is how a family is formed, not who they are. It is one piece of a much larger puzzle.

Olympic Games sponsor P&G did a lovely one-minute tribute with Nellie Biles recalling how she ran with her daughter’s dream to compete for her country. Not once was Simone’s birth history used for inspirational bait.

That is how it should be done.

In the following clip from Season 17 of Dancing with the Stars, during which Simone competed with partner Sasha Farber, she describes how much her parents mean to her:

Editor’s note (10/8/19): Last week, at the World Gymnastics Championships in Stuttgart, Germany, Simone put to rest any doubt (assuming there was any) that she is the best athlete in the world. She came in first in the all-around competition, securing her a spot in the 2020 Olympics in Tokyo—but that wasn’t all. During two of her routines, she flawlessly executed two signature moves. On the balance beam, she pulled off a dismount that is now known as The Biles (a double twisting double backflip, or double-double), and on the floor exercise, she landed The Biles II, a double twisting triple backflip, or double-triple). A move must be performed successfully in international competition in order for it to be named after the gymnast who performed it. It should also be noted that these two moves bring the total to four moves named after her.

According to NPR, “Her performance at this year’s world championships has the potential to make her the most decorated gymnast in the history of the competition.” Couldn’t we argue she already is?