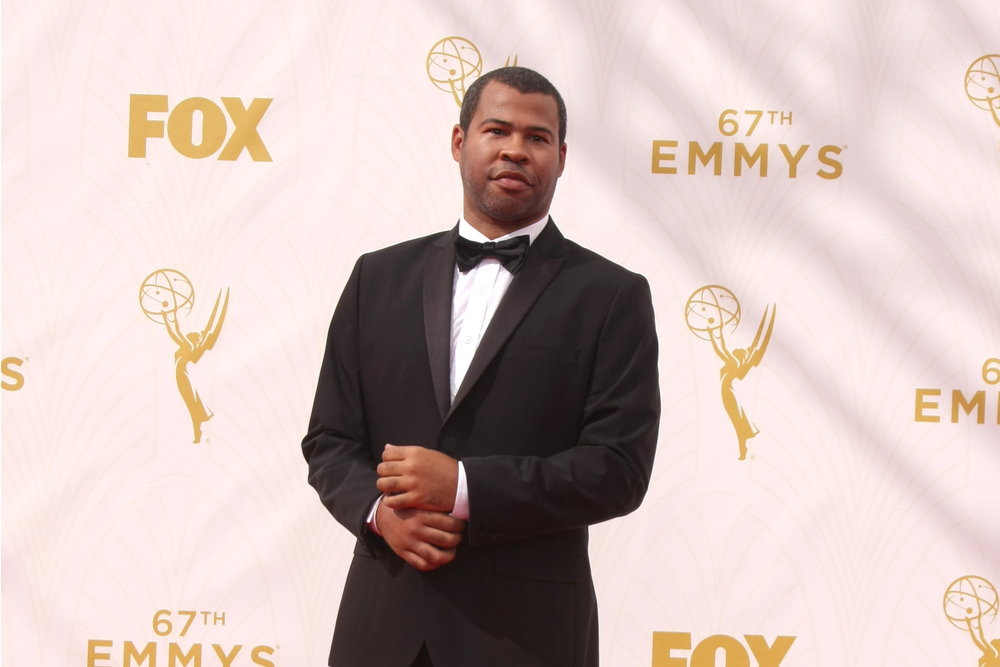 After being nominated three times for the 2018 Academy Awards—for Best Picture, Best Director, and Best Original Screenplay—Jordan Peele, the son of Solo Mom Lucinda Williams, was genially amazed. As he told the Hollywood Reporter when asked about the triple noms, “I’m never gonna get used to that one.” Peele wrote and directed the film in question: Get Out, a unique take on horror that plumbs disturbing themes with knowing, satirical brilliance. As film critic Richard Roeper said, “Jordan Peele . . . has created a work that addresses the myriad levels of racism, pays homage to some great horror films, carves out its own creative path, has a distinctive visual style—and is flat-out funny as well.” Turns out the Academy voters thought just as highly of Get Out, as Peele ended up winning the Oscar for Best Original Screenplay.

Get Out marks Peele’s directing debut; before the film’s release in 2017, he was probably best known for Key & Peele, the Comedy Central show he cocreated with Keegan-Michael Key. The series, which ran for five seasons and explored, among other things, issues of race, simultaneously garnered laughs while inviting viewers to think. Recurring segments on the show included the popular “anger translator” sketches, in which Peele’s flawless Obama impersonation was paired with Key’s Luther, the “anger translator.” That canny balance—humor, realism—is also evident in Get Out, which views the drama of racial identity through a horror lens.

Racial identity has always fascinated Peele, who is himself biracial. His mom, Williams, is white. His dad, who disappeared from Peele’s life when Peele was about six years old and died in 1999, was black. Peele was raised by his “bookish” Solo Mom, to whom he’s very close, in a one-bedroom walk-up on New York City’s Upper West Side. Even in New York, where having parents of different ethnic identities is not particularly unusual, the mother and son sometimes encountered incredulity. As Williams, who describes her son as “my joy,” told the New Yorker in 2015, strangers would “assume [Jordan] was adopted or I was watching someone else’s child. When he was still in a stroller, I would see people’s faces freeze and then look away upon leaning in to admire the baby. You could almost see a ‘Does Not Compute’ sign light up in their eyes.” Peele has said that being biracial often made him feel like an outsider. As a kid, he sometimes worried that his voice sounded too “white.” And he was perplexed and dismayed by standardized tests, which demanded he place himself in the racial category of “Other.” (He eventually began choosing “African American.”)

Peele has channeled some of that discomfort into his adult work, exploring fraught themes through humor and now, also, horror. As Peele sees it, the two disciplines, comedy and horror, share some psychological underpinnings. “The reason they work, why they get primal, audible reactions from us is because they allow us to purge our own fears and discomforts in a safe environment,” he told the Guardian in 2017. “You deal with deep issues that are uncomfortable with the hope that there is a release.”

With Get Out, Peele achieves that release in a way that earned him a boatload of nominations—as well as a Best Actor nom for leading man Daniel Kaluuya—and an Oscar. He feels good about his efforts, which, incidentally, trust that the audience will appreciate the material. As he told the Guardian, “[Get Out] presumes that people are going to be engaged intellectually and thematically. I knew it would do more to allow us to face our fears and address our horror than it would be a divisive movie.”