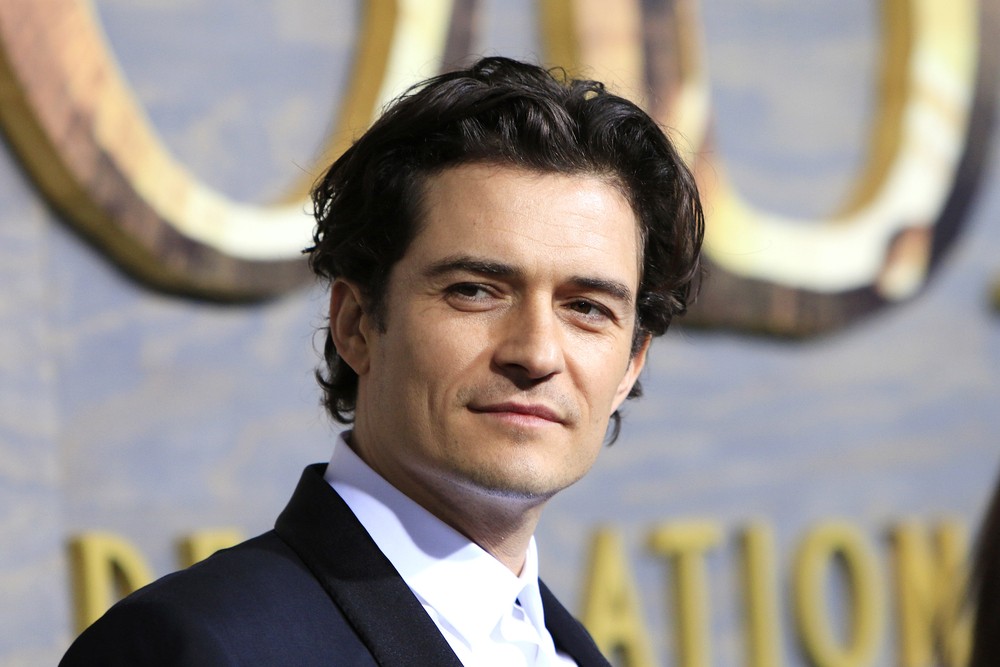 Sonia Constance Josephine Bloom became a Solo Mom when her husband, anti-Apartheid novelist Harry Saul Bloom, died after suffering a stroke. A writer and respected foreign-language teacher who loved the arts, Sonia encouraged her children—Samantha and Orlando—to participate in both drama and Bible-reading classes and took them to the theater.

With her influence, Orlando (born in 1977 in Canterbury, England) became enchanted by language, photography, and art; early on, the boy knew he wanted to be an actor. By the time he was eight, he was appearing in school plays. Dyslexia made school a challenge for him, but Sonia supported her son by prompting him to read: Orlando noted in an interview with the Child Mind Institute, “As a kid I always wanted a motorbike, and [my mother] said, ‘If you read 50 books, I’ll get you a motorbike.’” He never got to 50 books—and so did not get the bike—but, as Orlando said, “[T]hat carrot definitely helped.”

When Orlando was 13, his mother shared with him that Harry, dead nine years, was not in fact his biological father; longtime family friend Colin Stone was. Bloom took the news in stride, and mother and son remain close.

Orlando joined the National Youth Theatre of Great Britain at age 16 and subsequently earned a scholarship to train at the British American Drama Academy. In the mid- to late-1990s, he had roles in the British television series Casualty and Midsomer Murders while attending London’s Guildhall School of Music & Drama.

Well known for his roles in films such as Lord of the Rings and Pirates of the Caribbean series (as GQ magazine once noted, “No film actor in memory has been so furiously attached to the epic and fantasy genres as Orlando Bloom”), Bloom has also worked in theater, to critical acclaim. In 2013, when he appeared as Romeo in a Broadway production of Romeo and Juliet, Sonia attended the show four times. “I would have gone a fifth time,” she told the Canterbury Times, “but Orlando told me ‘Mum, you can’t go to it five times!’”

Sonia’s support of and devotion to Orlando are unwavering. In fact, in May 2017, Sonia—herself a former journalist—sent out current copies of Orlando’s résumé to every national newsroom in Great Britain, according to the Times, because she was “fed up with ‘repeated inaccuracies in the media’ about Orlando’s ‘upbringing and career.’”

And she need not worry about Orlando’s response to her actions. He doesn’t get ruffled by much, attributing one particular event in his life as having “informed everything.” In 1998, he fell three stories after trying to leap onto a roof terrace. He broke his back, uncertain as to whether he would walk again. “When you experience the sort of physical pain I went through,” he told GQ magazine in 2005, “you realize . . . that there are limits to what you can do. It keeps you real. I mean, I can walk. I can enjoy a swim in the ocean and a beautiful day. And I was very close to not having that.”

Continually reminding him of his good fortune is his work with UNICEF. Named a UNICEF goodwill ambassador in 2009, he says he is extremely grateful for the opportunity he has through UNICEF to connect with children around the world. In November 2015, Orlando received the BAFTA (British Academy of Film and Television Arts) Britannia Humanitarian Award for his work with UNICEF and conveyed his love for the organization in an endearing acceptance speech.

His love for children of course extends to his own. Bloom was married for three years to model Miranda Kerr, with whom he has a son, Flynn, born in 2011. As he told Glamour in 2014, “I want to have an impact on my son. The most important thing in my life is to nurture, respect, and grow that relationship.”

Next up for Orlando is his role as a hitman in Tracy Letts’s play, Killer Joe, opening in May 2018 in London’s West End.