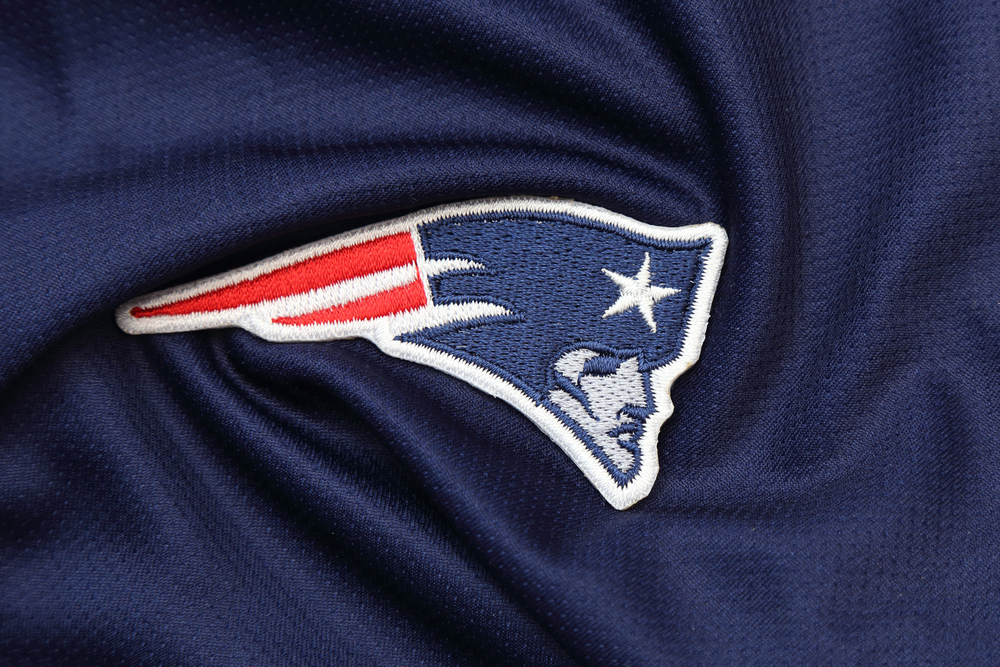 On February 4, 2018, Super Bowl LII will pit the Philadelphia Eagles against the New England Patriots. The game will demand grit on both sides; for four Patriots players, they’ve inherited that trait—and then some—from their Solo Moms.

New England Patriots wide receiver Malcolm Mitchell comes from a family where having a higher purpose is just a way of being. “The type of people we are, we always want to be of help to other people,” Mitchell’s Solo Mom Pratina Woods told the Boston Herald in 2016. “I told Malcolm a long time ago, ‘The things that we go through in life, they’re never for us. They’re always to help someone else. No matter what you face in life, you have to make sure what you’re facing is to help the next person coming along. It’s not about you. It’s about the next person.’” Woods knows something about overcoming adversity. She’s a survivor. In 2002, she won a battle with breast cancer. In 2003, she left an unhappy marriage and moved with her three children from Florida to her mother’s house in Valdosta, Georgia. The little family packed only what they could carry in Woods’s Mitsubishi Galant, and when they arrived in Georgia, Woods got a job as a supervisor at a DIRECTV call center. Then she applied for and received a loan through Habitat for Humanity for a white house with a blue door and blue shutters. “I was afraid of turning [the loan application] in,” Woods said. “I didn’t want another letdown, another disappointment.” But she steeled herself and persisted, a lesson her son has taken to heart.

There have been times when Mitchell has wanted to quit football: in sixth grade, for instance, when he wasn’t getting enough playing time, and during his senior year of high school, when football coach Rance Gillespie moved Mitchell from cornerback to wide receiver. Woods talked her son through his disappointments, encouraging him to finish what he’d started, and even playing catch with him in the yard to prepare him for the new position. Her lessons about giving back have also resonated. When Mitchell started at the University of Georgia in 2011, he realized he was reading well below his classmates’ level, so he connected with extra tutors and sought out reading mentors. He even joined an Athens-area book club. But his dedication to giving back manifested itself in 2015, when he wrote and published a children’s book, The Magician’s Hat, designed to promote the joys of reading. The book is part of Mitchell’s Read with Malcolm initiative, which encourages kids to read and reach their full potential.

Wide receiver Brandin Cooks recognizes the impact his Solo Mom, Andrea Cooks, has had on him—and the challenges Solo Moms face in general. So in January 2018, he gave playoff tickets to a Solo Mom and daughter, Suzanne and Alyssa MacNeil. “You can definitely tell that he’s appreciative for everything his mom has done,” Suzanne told patriots.com. “He mentioned it numerous times, and I can appreciate what his mom did in order to give him the best. He has a hard background, but he was able to reach for the stars and follow his dreams.” Indeed, the gift of tickets was just one way of honoring the woman who Cooks credits with giving him the tools to succeed. When Brandin was six years old, his father died of a heart attack, and Andrea worked two jobs to support her brood: one at a warehouse, another at an after-school program where, as Brandin told MassLive.com, “She dealt with a lot of bad kids.” Cooks is proud of his mom, and she’s proud of what he has accomplished, too. When Brandin won the 2013 Fred Biletnikoff Award, which honored him as the nation’s best college football receiver, Andrea told the Oregonian, “When he walked up there I was thinking, ‘My baby, he did it.’ He did what he set out to do. I was just so overwhelmed.”

Dont’a Hightower knows the sacrifices and the hard work his Solo Mom, L’Tanya Hightower, invested in raising him and his sister, Quenette. L’Tanya worked two jobs to support her family. “I worked to get them where they needed to be,” L’Tanya told the Providence Journal in 2016. And she was a reassuring presence: when Dont’a experienced excruciating cramps after high school football games, L’Tanya would sit with her son and rub his legs until he fell asleep. Then she’d catch a little sleep herself before her next long day of work began. In 2015, L’Tanya was diagnosed with diabetes, and her kids have rallied around her. Dont’a, a Patriots outside linebacker, is using his position as an NFL player to increase awareness about diabetes and raise funds to combat it. “From the ground up she’s been there,” Dont’a says of his Solo Mom. “She’s been there since day one. She’s the reason why I’m here. Anything I can do to help her, whatever she needs, I’m here for.”

At Vicksburg High, Malcolm Butler told friends and family he’d rather play basketball after he was bounced from the football team, but during his senior year, he appealed to Alonzo Stevens, convincing the coach to let him play football again. Stevens didn’t expect much; Butler hadn’t played for two years. But the high school senior played hard and well, shining against South Panola, the number-one team in the state of Mississippi. Life wasn’t necessarily easy for the athlete: Butler lived with his mom, Deborah Butler, and four siblings in low-income housing. But there was a lot of love and a strong work ethic. Deborah, a Solo Mom, worked at two nursing homes, and she passed her habits on to Malcolm, who worked at Popeyes and put his all into school, even when studies didn’t come easily. “Macbeth was not his strength and I think he would readily admit that,” Jenny Drake, Butler’s senior English teacher, remembered to the Daily Mail in 2015. “But the thing that he had going for him, was that he would come to my class, sit at the front and do the very best he could. There was no way in the world he was not going to succeed.” Succeed he has: Butler made the interception that saved Super Bowl XLIX for the Patriots, maintaining their 28 to 24 lead. And on February 4, he’ll be back for more, as will all these gifted athletes, whose Solo Moms will no doubt be cheering them on when they take the field.