Mother Teresa: Mother of My Soul 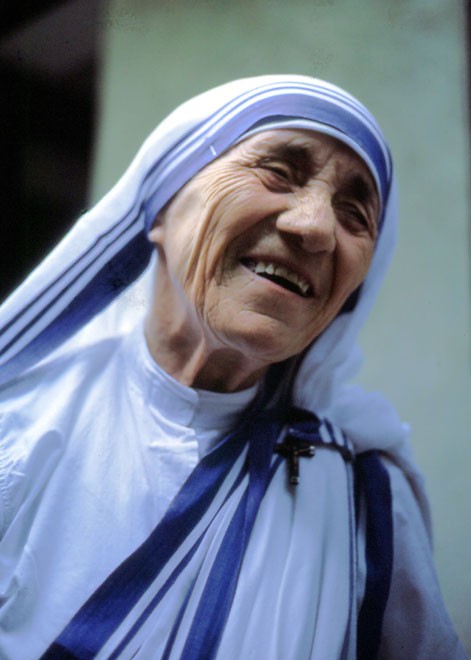 Agnes Bojaxhiu, who grew up to be Nobel Peace Prize–winning Mother Teresa, learned charity and compassion from her activist father, who died when she was eight, and her religious mother, Dranafile Bojaxhiu. The death of her father was hard on Agnes and plunged the family into financial crisis, but Dranafile, an affectionate and strong-willed woman, put great effort into the upbringing of her three children. The children called their mother Nana Loke, or “mother of my soul.” Over the years, Agnes and her mother grew very close; the girl would often accompany Dranafile on charitable ventures, and she witnessed again and again her mother’s nonmaterialistic kindness and generosity to the poor and weak. Despite their own financial hardship, the family was always ready to share meals with neighbors who were poorer. When Agnes asked about their guests, her mother explained that, although they were not all family, “all of them are our people.” This message and her mother’s instruction to her children that “when you do good, do it quietly, as if you were throwing a stone into the sea,” affected the child deeply, inspiring her to take her vows at a young age and to found the Missionaries of Charity, a Roman Catholic congregation of women dedicated to helping the poor.