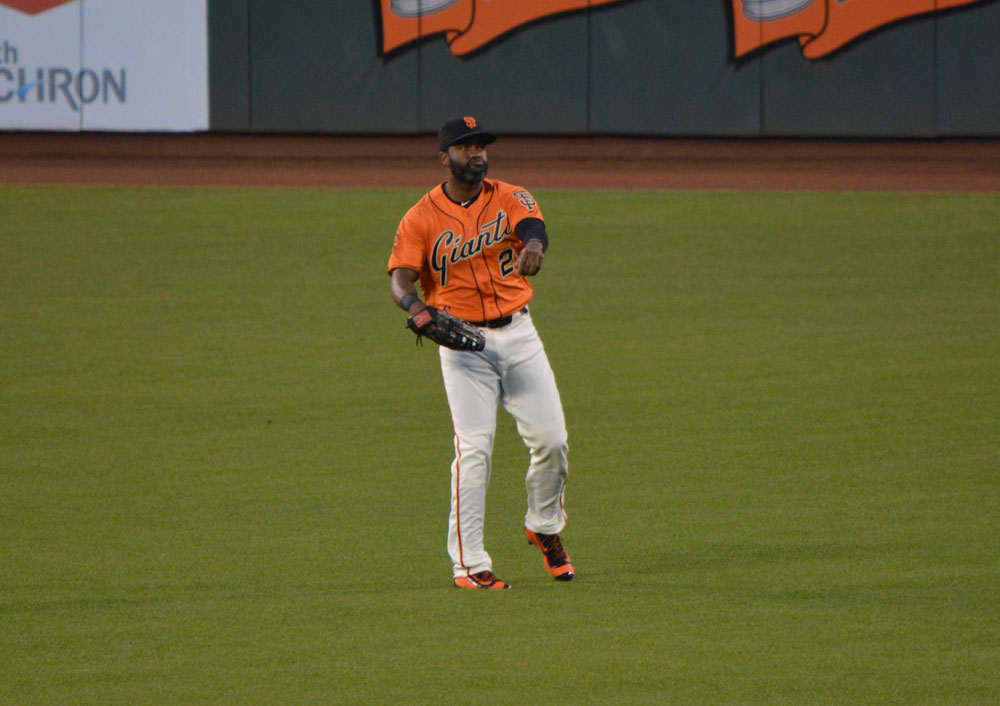 When Major League Baseball center-fielder Denard Span signed a three-year, $31-million contract with the San Francisco Giants, he thought about his mom, Wanda Wilson, who lives in Tampa, Florida.

“Every year I’d come to play the West Coast, my mom would say, ‘Oh God, now I’ve got to take a nap and stay up half the night. If I stay up, you better win,’” Span told San Jose’s Mercury News. “That wasn’t going to stop me from signing with the Giants, but I did think about it.”

The three-hour time difference has not stopped Span’s biggest fan from following his career, though. “She definitely starts watching the games,” Span shared, though “sometimes she’ll only make it to the sixth or seventh inning. I’ll know because the next day, she asks, ‘What did you do your last two at-bats?’”

Despite the 3,000 miles stretched between them, mother and son communicate with each other every day, continuing a close bond that formed early in Span’s childhood.

A Solo Mom to two boys, Wilson supported Span and his brother, Ray, by working as an insurance claims adjuster until Span reached high school, at which point she made a major career shift. According to Span, Wilson came home from work one day and declared that she wanted to own a day-care center.

Showing the grit, ingenuity, and intelligence Span himself would inherit, Wilson reached her goal. “That’s just my mom . . . trying to make a better life for us. She saw an opportunity and did all the schooling and certifications. Sure enough, it made our lives better,” Span recalls.

Throughout Span’s childhood, Wilson made countless sacrifices to support her son’s baseball dreams. She knit together a support network of teachers, friends, and other Solo Moms, trading favors to get her boys to practices and games. “You do what you’ve got to do,” Wilson told the Washington Times, in signature Solo Mom style. “You just learn how to adapt. You learn to do what you have to do, given certain circumstances and situations.”

Wilson’s efforts were not lost on Span. “Now he tells me all the time how much he appreciates me doing what I did,” she reports. “And I wouldn’t trade it for nothing, being honest with you. I did what any ‘good’ parent would do.”

From the Minnesota Twins to the Washington Nationals to the San Francisco Giants—in every city where Span has played, he has found a way to help Solo Moms. He has supported the Jeremiah Program, played Kris Kringle to Solo Mom families, and most recently formed the Denard Span Foundation, dedicated to expanding access to educational opportunities and extracurricular activities for Solo Moms and their children.

In addition to his mother’s work ethic, Span seems to have absorbed her humility and generosity of spirit. “She’s always taught us to help people,” Span told the Washington News. “Always taught me to use my stage, use who I am, and try to uplift somebody or try to reach somebody any way I can.”