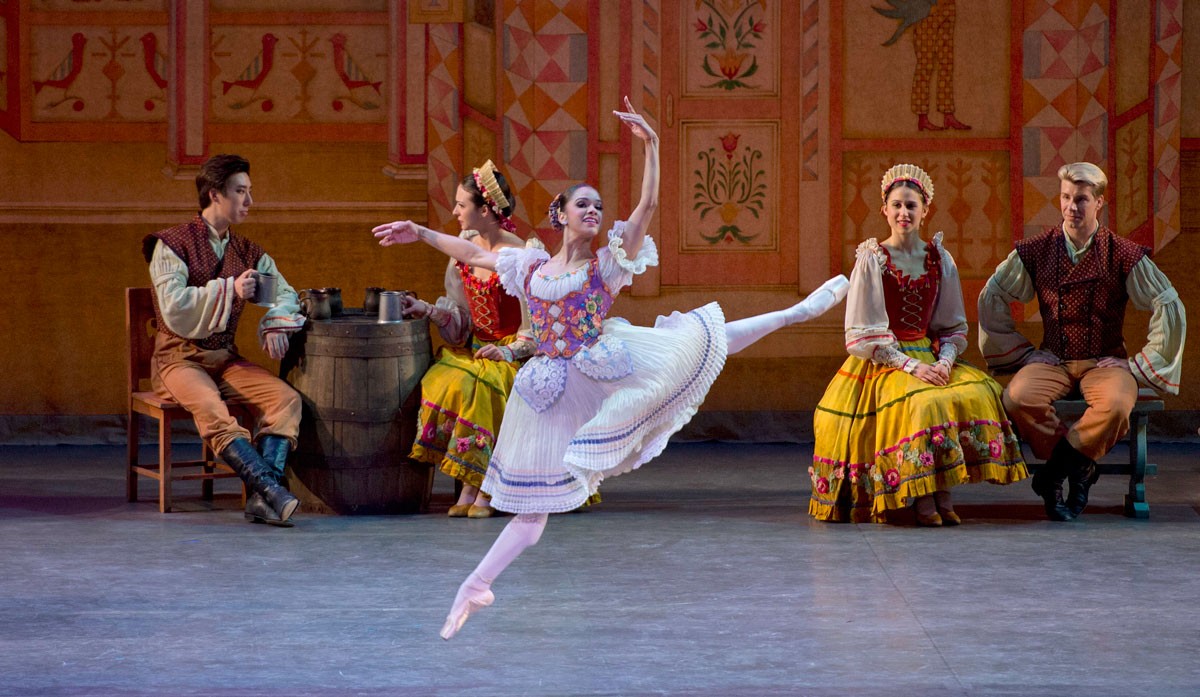 Ballet prodigy Misty Copeland made history when she was appointed the first African American female principal dancer with the American Ballet Theater (ABT) in June 2015. It’s been an amazing journey. Copeland discovered ballet at the comparatively late age of 13, but within three months of taking her first dance class, she was dancing en pointe (a feat that can take dancers years to master). Her story is all the more remarkable because, as Copeland told The Washington Post, her background wasn’t typical of most dancers. Her first ballet class took place on a basketball court at the San Pedro Boys & Girls Club. And she started at an age when most dancers have already been training for half their lives. But she credits her mother, Solo Mom Sylvia DelaCerna, with fostering a sense of perseverance in her children. “When it came to my childhood—growing up in a single-parent home, often struggling financially—my mother definitely instilled in me and my siblings this strength, this will, to just continue to survive and succeed,” Copeland noted.

At one point, Copeland, her mother, and five siblings were living in a shabby motel in Gardena, California, with DelaCerna sometimes working two jobs so that she and her kids could get by. Copeland would play with her brothers and sisters on the motel balcony, imagining the railing outside their rooms to be part of her private studio. “I would stretch out here. Do my whole class out here. It was a—it was a nice little, little escape,” Copeland said during a 2015 60 Minutes episode.

“I knew immediately that she was extremely gifted,” Cindy Bradley, a former company dancer and Copeland’s first ballet teacher, told the Huffington Post. DelaCerna eventually encouraged her daughter to move in with the Bradley family so that Misty could continue her training. “Letting go of her was the hardest thing I ever had to do,” DelaCerna told the Los Angeles Times in 1996. “But I could see how much dance meant to her, and I know how much it meant to me, so I would never hold her back.”

“I remember it so vividly, just Cindy coming and speaking with my mother and them making the decision right there on the spot for me to come and live with [the Bradleys],” Copeland told CBS correspondent Bill Whitaker. Copeland saw her mother on weekends, and although the separation was difficult for DelaCerna, the arrangement worked. “Watching her become successful . . . makes me feel better about our situation and shows me that we’re moving in the right direction,” DelaCerna told the Los Angeles Times.

But tensions eventually arose between the two women most important to Copeland’s budding success: by the time Copeland was 15, resentments had boiled over between DelaCerna and Bradley, resulting in a flurry of legal action—requests for emancipation, restraining orders—before both sides eventually dropped legal proceedings, and Copeland moved back with DelaCerna. “I love my mother, but I’ve never really understood her,” Copeland writes in her 2014 memoir, Life in Motion: An Unlikely Ballerina. Though this may have been a difficult chapter, it ultimately helped to shape the young woman. And she has no regrets. Reflecting on the memoir to LA Observed in 2014, Copeland noted, “It was really nice to feel comfortable enough and mature enough to be able to look back on all of those experiences that made me the dancer and woman I am.”

Copeland went on to study ballet in the ABT’s intensive summer program and was eventually invited to join the ABT Studio Company, then the ABT Corps de Ballet. She continued to climb the ranks, even though she was regularly reminded of her differences—her skin color and her muscular body, which possesses more curves than that of the “typical” ballerina—and was sidelined by a potentially career-ending injury. Time and again, Copeland was invited to demonstrate the perseverance she had learned from her mother. In 2007, she became the company’s first African American female soloist in two decades. And in 2015 she earned her place as ABT’s principal Ballerina. Copeland was named one of TIME magazine’s 100 most influential people in 2015, and her Under Armour commercial has been viewed by more than nine million people.

To learn more about Copeland, watch the documentary “A Ballerina’s Tale,” which was released in October 2015. The film examines themes of body image and race in its telling of Copeland’s remarkable rise in the ballet world.