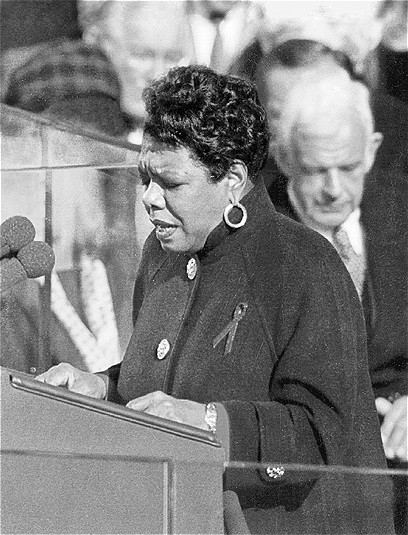 Maya Angelou—writer, poet, civil rights activist, playwright, professor, and dancer—endured the kind of childhood from which few people recover. She was raped by her mother’s boyfriend, a man named Freeman, and was mute for five years after Freeman was found beaten to death, apparently at the hands of Angelou’s uncles.

The circumstances of her early life formed the basis of Angelou’s first autobiography, I Know Why the Caged Bird Sings. Circumstances also kept mother and daughter apart for years. But when Angelou was 13, she and her brother Bailey left the South, where they had lived with their paternal grandmother, to stay with their mother, Vivian Baxter, in California. Angelou’s parents had separated years before; in her book, Mom & Me & Mom, Angelou described them as “matches and gasoline.” Life was different with Vivian; Angelou remembered how her mother would play jazz and blues loudly and just dance in the middle of the floor because she felt like it. It was an adjustment for the girl, who remembered the day Vivian sat Angelou down and talked plainly to her. “She said, ‘Maya, you disapprove of me because I am not like your grandmother. That’s true. I am not. But I am your mother and I am working some part of my anatomy off to pay for this roof over your head.’”

A bond slowly grew between mother and daughter, and when 17-year-old Angelou had a baby, Vivian took it in stride. “My mother never made me feel as if I brought scandal to the family,” Angelou remembered. “The baby had not been planned and I would have to rethink plans about education, but to Vivian Baxter that was life being life.” Angelou, determined to be independent, moved out with her son, Guy, but looked forward to the standing monthly dates she and her mother always honored. One in particular, which Angelou called “Vivian’s Red Rice Day,” always stood out in her memory. That day, after a meal of capon, salad, and red rice, Vivian said to her daughter: “Baby, I’ve been thinking and now I am sure. You are the greatest woman I’ve ever met.” Angelou, who told Vivian on her deathbed that she was a “terrible mother of small children, but there has never been anyone greater than you as a mother of a young adult,” never forgot her mother’s legacy. As she recalled in Mom & Me & Mom, “My mother’s gifts of courage to me were both large and small.”