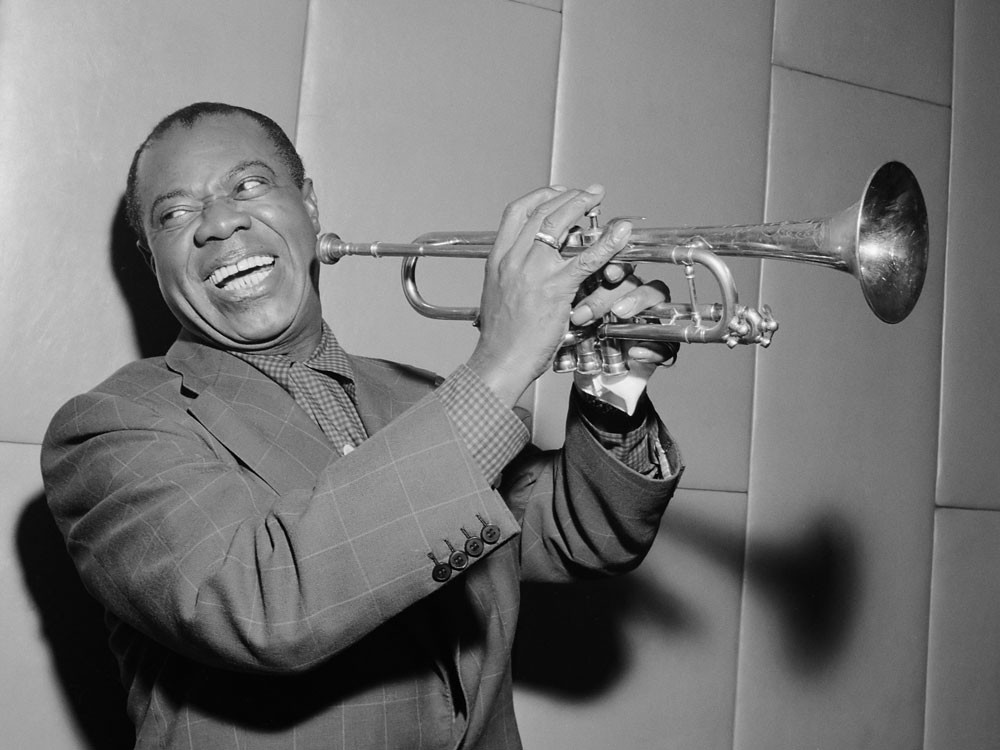 Louis Armstrong came into a world with the deck stacked against him: born in New Orleans, the boy lived in a section of the city so poor it was nicknamed “The Battlefield.” His father abandoned the family soon after Armstrong’s birth. His mother, Mary Ann (or Mayann, as she was called), left Armstrong and his younger sister in the care of their grandmother; but when Armstrong was five, he moved back in with his mother and her relatives. The family lived in stark poverty, and the young boy tried to help: he earned some money as a paperboy, and he collected discarded food, which he then sold to restaurants. But it was not enough, and Mayann turned to prostitution to help pay the bills. Although sometimes casual in her parenting, Mayann was also determined: she worried about her son and supported him as best she could. As author James Lincoln Collier notes in the biography, Louis Armstrong: An American Genius, Mayann gave Armstrong the latitude to live life as he saw fit. “Louis had been let down by his father, but his mother was wholly on his side, her blessing always there,” Collier writes. “The confidence he had in her affection was crucial in allowing him to develop emotionally in a reasonably normal way.” That confidence informed his development as a musician, too, and today Armstrong, who brought joy, innovation, and enthusiasm to his roles as singer, trumpeter, and bandleader, is regarded as the father of jazz music. Over the years, mother and son shared a genuine love for each other. Once he began making decent money in Chicago, he brought her north often for long visits. That love lasted until her relatively early death in the 1920s. Armstrong, not given to weeping, once said that the only time he cried in his life was when the coffin was closed over his beloved mother. As he told Life magazine writer Richard Meryman, “Yeah, I miss old Mayann.”