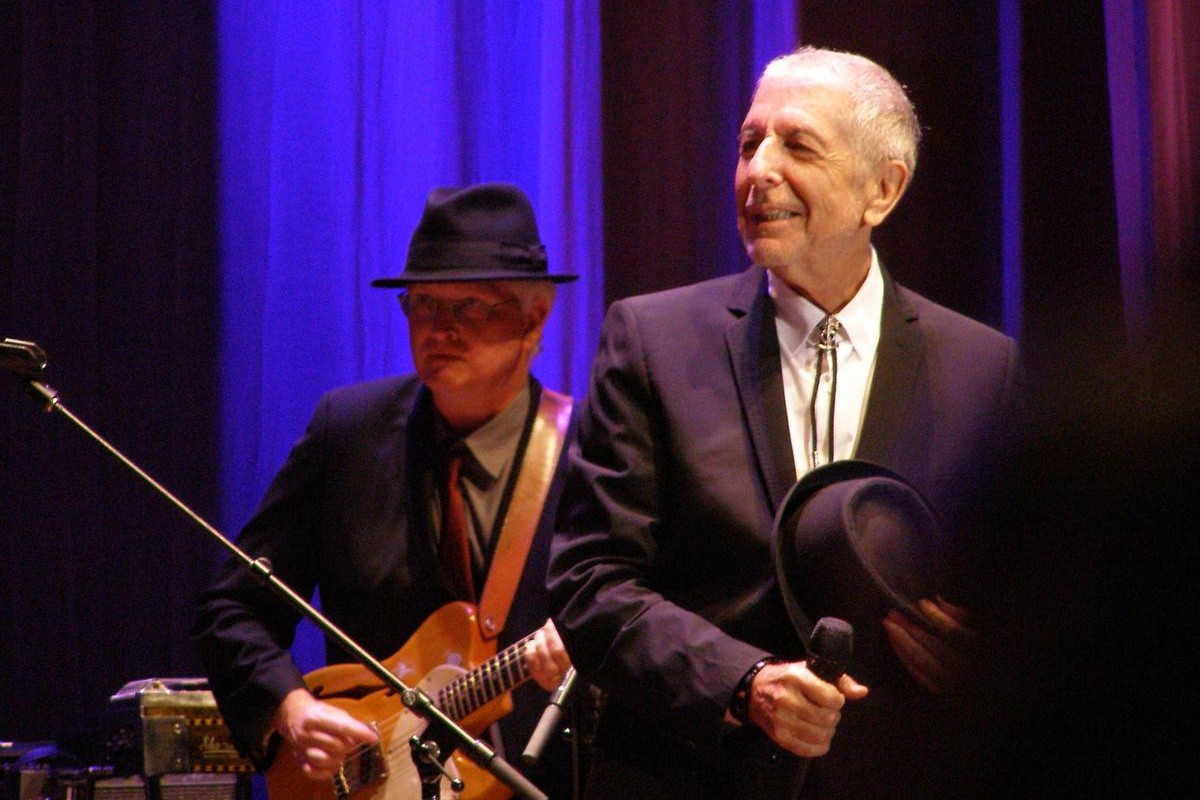 Years before Leonard Cohen came into his own as a singer, songwriter, musician, novelist, and poet, his father, Nathan Cohen, died. The year was 1944; the place was Montreal. Cohen was nine years old when he lost his father, and he had to figure out how to navigate his grief along with his sister, Esther, and Solo Mom, Masha.

According to the 2014 book A Broken Hallelujah: Rock and Roll, Redemption, and the Life of Leonard Cohen by Liel Leibovitz (W. W. Norton & Company, Inc., 2014), Cohen’s life as a writer began shortly thereafter. The boy, still grieving and yearning to connect with the parent he’d lost, snuck into his father’s old room and took his favorite bow tie. He used scissors to cut a slit in the fabric, then wrote words on a slip of paper, which he inserted into the tie. He buried the tie in the frozen earth of his backyard. As Cohen told People magazine years later, “It was the first thing I wrote. I’ve been digging in the garden for years, looking for it. Maybe that’s all I’m doing, looking for the note.”

Cohen has credited his mother, Masha, with encouraging his poetic and musical ambitions since that first, dramatic episode. Masha was not a nostalgic woman; she’d emigrated from Russia but did not talk much about her homeland. Rather, she honored her past in song. In a 1988 interview, Leonard traces his love of music to his mother’s singing.

He once described his mother as “Chekhovian,” explaining how she “laughed and wept deeply,” and over the years, he incorporated her into his music and poetry. In the poem “My Mother Asleep,” Cohen remembers his mother falling asleep in an open-air theater and how, at the time, he didn’t completely understand love or how tired one could be.

Perhaps best known for his modern-day hymn, “Hallelujah,” Cohen has influenced musicians ranging from Johnny Cash to Nick Cave. His work also has informed popular culture: the sparse and gravelly song “Nevermind,” for instance, was chosen as theme music for the second season of HBO’s True Detective.

Cohen was inducted into the Rock and Roll Hall of Fame in 2008, and he was awarded a Grammy for lifetime achievement in 2010. He died peacefully in his home in Los Angeles in November 2016, and, according to a statement to Rolling Stone by his son Adam, “He was writing up until his last moments.” In 2018, Cohen was nominated posthumously for two more Grammys—best American roots performance and best rock performance. He won the latter category for “You Want It Darker.”