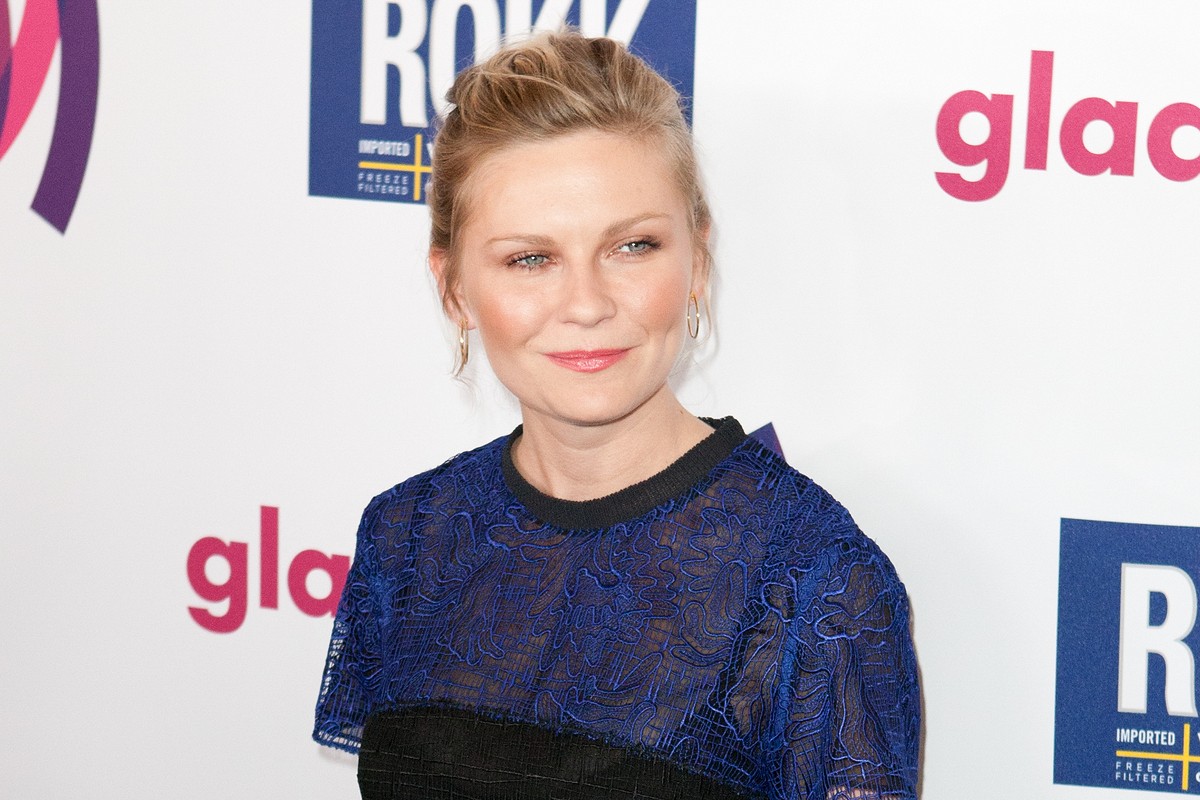 When actress Kirsten Dunst was three years old, her mom, Inez, signed her at the Ford Modeling Agency in New York City. Little Kirsten filmed dozens of commercials, and at six she made her feature film debut in Woody Allen’s

A string of hit movies followed: Little Women, Jumanji, and then, by the end of the decade, The Virgin Suicides. The 2000s saw her playing Mary Jane Watson to Tobey Maguire’s Spider-Man, and in 2011 she wowed critics with her interpretation of the depressive Justine in Lars von Trier’s Melancholia. If her growing fame was gratifying, it also took a toll: playing Justine, Dunst drew from her own experiences. (In 2008, she had briefly checked into the Cirque Lodge in Utah to deal with depression.)

“Well, it’s not a natural way to grow up,” she told the Independent in 2005 about acting from such an early age. “[B]ut it’s the way I grew up and I wouldn’t change it. I have my stuff to work out, but so does my girlfriend who went to high school, went to college, and had a different life from mine. I don’t think anybody can sit around and say: ‘My life is more screwed up than yours.’ Everybody has their issues.”

Dunst credits Solo Mom Inez with helping her navigate fame by keeping things real when she was a kid. “Mum’s the one who helped me get where I am,” she told the Independent. Years later, she shared with actress Julianne Moore, during a 2015 interview for Gotham magazine, that “being a child actress can really be unhealthy for your psyche. But my mom always sent me to normal school, so I never missed out on the prom or field trips or any of that stuff.”

Most recently, Dunst has been reveling in her role as Minnesota housewife and beautician Peggy Blumquist on the second season of the FX television series Fargo. The show netted Dunst her first Emmy nomination, for Outstanding Lead Actress in a Limited Series. Describing her role to the New York Times, the actress said Peggy was “on her own planet . . . She’s a victim of the time and she’s trying to break boundaries, and I think she thinks she’s invincible.” Now that the season is over, where does she think Peggy is now? “Maybe Peggy escaped, again, and lives off the grid in El Paso,” Dunst speculated.

Though the actress claims she has become pickier about the roles she takes on, her proverbial dance card seems full. Upcoming movies include The Beguiled, with director Sofia Coppola, and Woodshock, written and directed by Rodarte designers Kate and Laura Mulleavy. Through it all, her mom has been a reassuring presence. In 2015, Dunst explained to Town & Country how she lives nine houses away from Inez in the Valley. “[I’m] very family-oriented, and when [I’m] not working [I] like to be home and chilled out. . . . After working all my life, I’m very good at relaxing. The older I get, the more I don’t want to be away from my mother and my friends.”