Kevin Hart: On a Roll 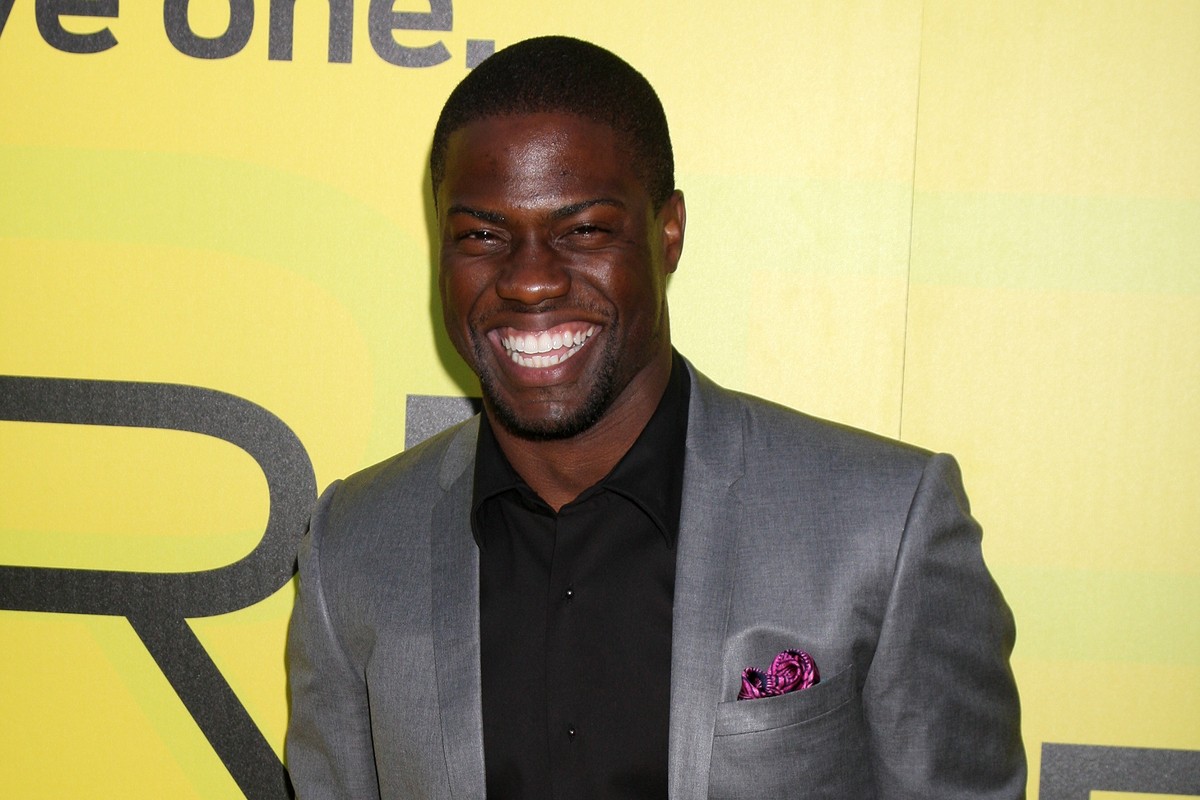 It’s easy to love Kevin Hart. The superstar entertainer refers to himself as “King Positivity” as he strives to follow the advice Oprah Winfrey once gave him to be the best version of himself. He espouses an attitude of positive reinforcement and was recently characterized as “a contained hurricane of energy” in a profile in Entertainment Weekly, which in August 2016 featured him on the cover of its first-ever Happy issue. Hart’s single mom had a big hand in shaping the upbeat attitude of a man who has figured large in three movies in 2016 (which have earned more than $500 million in the United States), has 95 million followers on social media, and has become the first comedian to earn a Nike endorsement deal.

But life has not always been hit movies and happy social-media posts. Born in 1979 in Philadelphia, Hart and his older brother were raised by Solo Mom Nancy in a tough neighborhood while his father descended into a life of drug addiction. As Hart related to People, his dad was so deep into drugs that he once stole $20 Hart had received as a gift. But Nancy refused to allow their difficult circumstances to prevail. She insisted that her children stay focused on school and off the streets, and she provided a strong role model through her own actions.

As Hart told People, “The reason I am the way I am is because my mom was strong. It may have affected my mom, but my mom was such a strong woman she said, ‘Look, regardless of whatever your father’s doing and where he is, I have a job to do raising you, you’re going to do what you’re supposed to do and you’re going to grow up to be two intelligent men,’ with me and my brother.”

Not only did Hart follow his single mom’s advice, he also studied comedy, which inspired him as he grew up, especially comedians such as Chris Tucker and J.B. Smoove. When he graduated from high school, he decided to give comedy a serious shot. During his early days, he experimented with a wide range of material and some tough audiences, often being booed offstage. After drawing from his real-life experiences as a youth to find his voice, though, he started to taste success doing stand-up comedy in clubs around the United States. Stand-up comedy led to TV and Hollywood projects with mixed results, including a short-lived ABC show The Big House in 2004 and parts in movies such as Scary Movie 3 and The 40-Year-Old Virgin.

Hart was slowly building the foundation for becoming the multimedia star he is today. Unfortunately, his single mom would not live to experience his breakthrough success. Nancy died of cancer in 2007. The values she instilled in him remained, though. Hart and his older brother would eventually help their father clean up his act through a stint in rehab.

In 2011, stand-up comedy made Hart a superstar when his Laugh at My Pain tour became a successful concert documentary. During the tour, he opened up about his Solo Mom’s passing, and his willingness to share his personal life connected with his audience. He expanded his audience by wisely choosing TV and movie appearances that heightened his visibility at a time when he had honed his comedic talents—films such as Think Like a Man and TV gigs such as the MTV Video Music Awards. He also built a huge following on social media, demonstrating that his personal brand is perfectly suited for the digital age.

Hart is making all the right movies now, showing he can hold his own against a star such as The Rock in Central Intelligence and creating a mini-franchise with Ride Along and Ride Along 2. He plans to launch a comedy-streaming operation, Laugh Out Loud, in fall 2016. Although he has reason to smile now, he puts his success in perspective. As he shared with Entertainment Weekly, for most of his career, he’s been told, “Kevin, you’re not going to make it.” Only recently has he experienced superstardom. The father of two children, he has vowed to keep their lives as close-knit as possible—and to be present for them as his Solo Mom was for him.