Kelly Clarkson: “She’s So Honest and Blunt with Me” 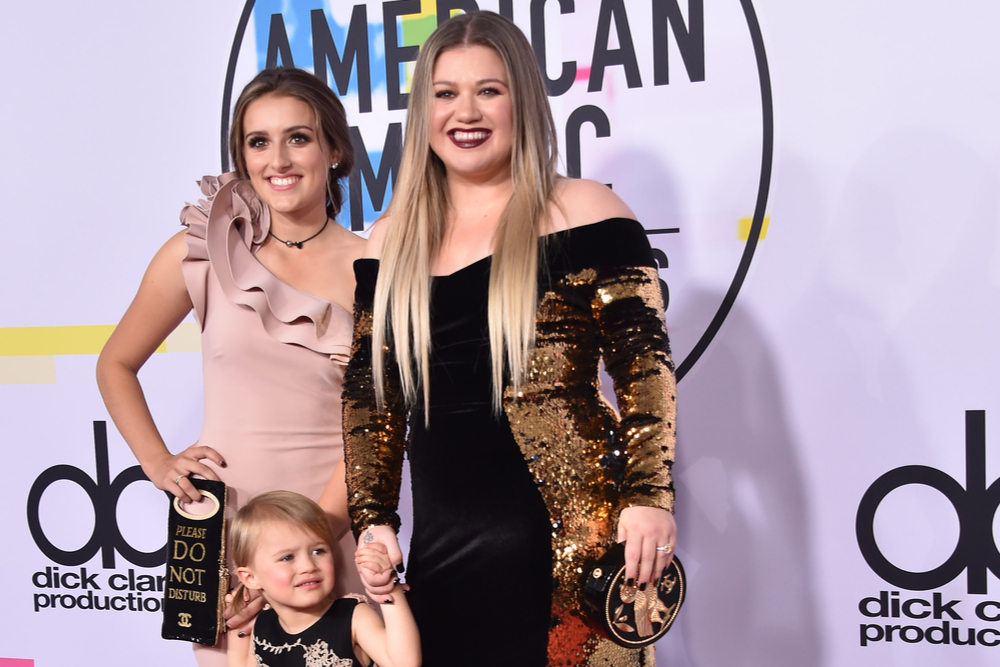 Fame came to singer and songwriter Kelly Clarkson in 2002, when she won the first season of the TV series American Idol. That triumph earned her a record deal with RCA Records, and in the years since, Clarkson’s career has continued to shine; as of 2018, the singer has released eight studio albums, one compilation album, one remix album, and 39 singles. She’s also received three Grammy Awards. Happily married to talent manager Brandon Blackstock, she is stepmom to Blackstock’s two kids from his previous marriage, and the couple have two children together. Her parenting and her music both have been informed by her life, which includes the influence of her Solo Mom, Jeanne Ann.

Clarkson was born in Fort Worth, Texas, the youngest of three children. Her parents divorced when she was six years old, and the family split up: Clarkson’s brother went to live with their father, her sister lived with an aunt, and Clarkson remained with her Solo Mom. Over the years, Clarkson’s dad didn’t invest in a relationship with his daughter, and the singer has been honest about the emotional impact this had. On the one hand, she’s sanguine about the fact she and her dad don’t really have a connection. “I think if you don’t grow up with it, it’s hard to miss something you never had,” she shared in a 2017 interview on the Scandinavian talk show Skavlan. But seeing her husband, Brandon, with their then-20-month-old daughter, River Rose, made Clarkson realize the profound effects of having an absentee dad. She was inspired to write “Piece by Piece,” which appeared on her seventh studio album and debuted on the Billboard Hot 100 chart at number eight. The song, which has been praised by music critics for its lyrical content, includes lines such as, “And all I remember is your back / Walking towards the airport, leaving us all in your past.” Raw but ultimately redemptive, “Piece by Piece” doesn’t just lament the love Clarkson didn’t get from her dad. It celebrates the love her own husband has brought to her life.

If Brandon’s love has been restorative, Clarkson has also benefited from the love and sacrifices shown by her Solo Mom. In a 2017 ET interview with Sangita Patel, the singer shared how she appreciates having grown up without a lot of material things: “I love that I grew up . . . always having to work for everything . . . I think I appreciate things and I see things . . . my vantage point is a little different than most.” Clarkson goes on to describe how the keyboard she wrote her first songs on was a gift from her mom, a gift Jeanne Ann put on a credit card and which she probably couldn’t afford. “It was one of those things that really meant a lot to me because I knew she didn’t have the money.”

Clarkson and her husband work to instill in their own kids an attitude of gratitude. As she told Good Housekeeping in 2016, “I was a poor kid, and my mom was a single mother. . . . My kids are obviously growing up very privileged, but I want them to have a servant’s heart. We do community service as a family, and I also call them out on things like getting impatient when they stand in line—because they hardly ever have to. But that’s just the reality of what they were born into.”

And Clarkson has Jeanne Ann to call her out if need be. “I always tell my mom, ‘Thank you so much for preparing me for [the music] industry,’” the singer told Good Housekeeping. “She’s so honest and blunt with me. It’s awesome. I’m working on a soul-inspired album right now [Clarkson’s eighth studio effort, Meaning of Life]. It’s the album I’ve always wanted to make, and after she listened to it for the first time, she said, ‘Finally! I’ve been waiting for this record since you were a kid. This is what you should be singing.’ It was so funny. I’d rather have people like that around me than people who stay quiet and don’t have an opinion. I’m the same way.”