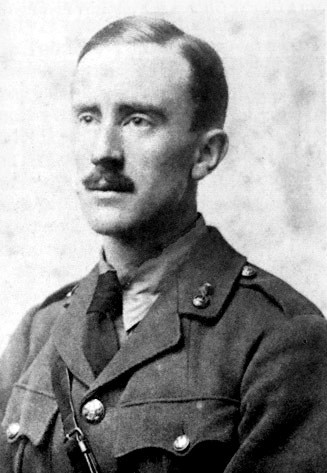 Born in South Africa, where his father worked as a banker, John Ronald Reuel Tolkien was three when he, his mother, and his brother returned to his parents’ home country of England for what was meant to be a lengthy vacation. After the unexpected death of Tolkien’s father from rheumatic fever, however, the family put down roots. Mabel Tolkien, a devout Catholic, began schooling her boys at home. She taught Ronald, as he was known, basic Latin at an early age, studies that may have paved the way for the many languages Tolkien invented as an adult for his fantastical novels, including The Hobbit and the Lord of the Rings series. Nine years after the death of his mother, Tolkien described her (according to a biography by Humphrey Carpenter) as “a martyr indeed . . . a mother who killed herself with labour and trouble to ensure us keeping the faith.”