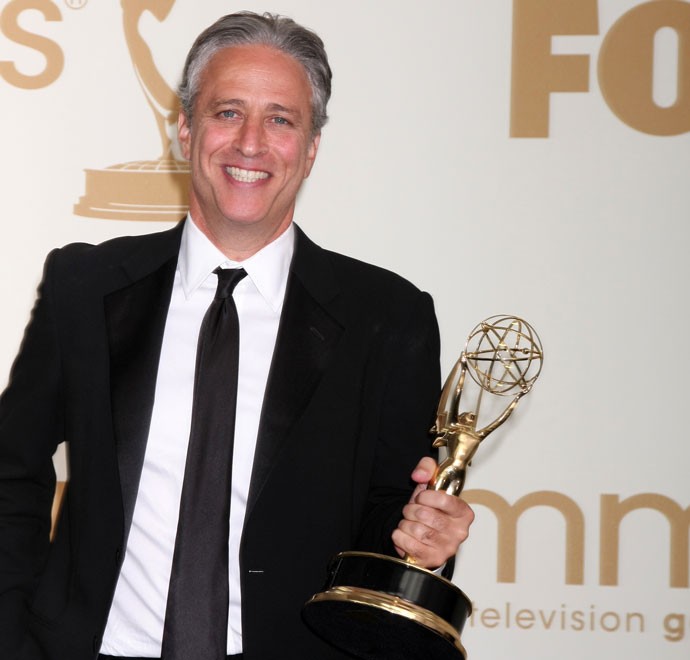 Jon Stewart, an American political satirist, writer, producer, director, television host, actor, and stand-up comedian, is best known as the acerbic host of The Daily Show, a satirical news program. Over the years, the influence his mom, Marian Leibowitz, has had on him has been strikingly evident: Leibowitz is respected both nationally and internationally for her career as a teacher and educational consultant, and on The Daily Show, Stewart has more than once invoked her stand against “teaching to the test” in American public schools. Author Michael Blitz notes in his book, Jon Stewart: A Biography, that “It is no wonder . . . Jon Stewart holds his mother, Marian, in such high regard.” Stewart’s father has not always fared so well. Stewart’s parents separated when the boy was 9 years old; Leibowitz was the one who brought up Jon and his older brother in New Jersey. Friends say the divorce was hard on Jon. He told correspondent Mo Rocca on CBS News, “It’s a very insecure feeling.” The comedian has referenced difficulties with his father in his routines more than once. Leibowitz downplays the tension, though; in a 2002 New Yorker article, she said her son’s jokes about the family are just “his humor.” In any case, Jon respects his mom’s role. “She was an anomaly in that era,” Stewart is quoted in author Lisa Rogak’s book Angry Optimist: The Life and Times of Jon Stewart. “She had a quiet confidence because she had to fend for herself.”