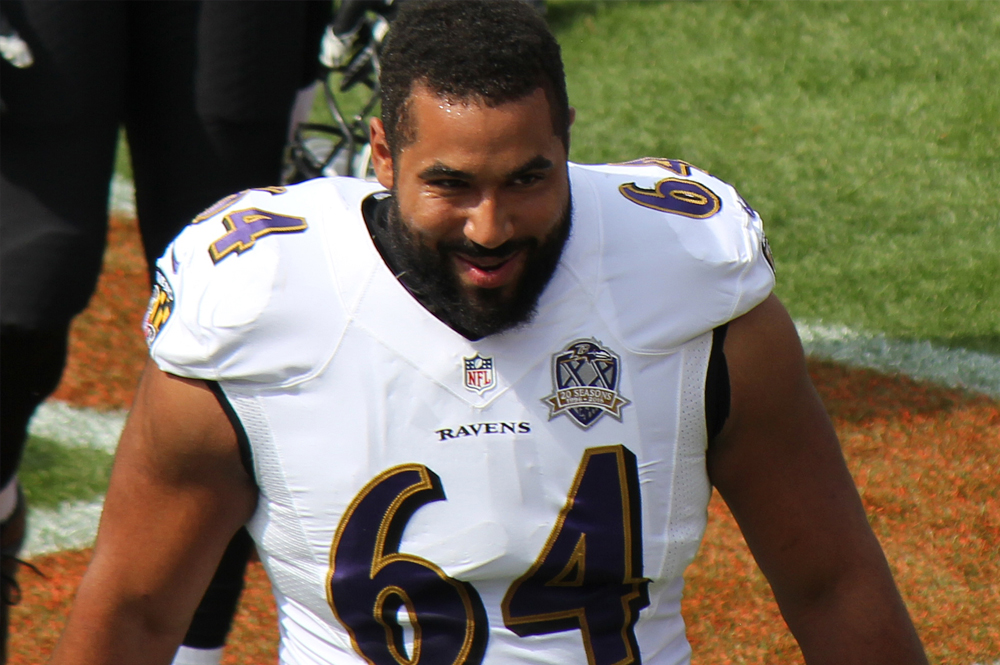 When Canadian mathematician and retired professional American football player John Urschel was a kid, his Solo Mom, Venita Parker, set high academic standards for her son. Urschel quickly met—even surpassed—those standards: when Parker bought him math games at Toys “R” Us, first those for his age group and then those for older kids, he conquered them all. At stores, Parker told her son that if he could quickly and correctly calculate the amount of change she was supposed to receive, he could keep the amount. “After a few weeks, we had to stop that,” Parker told the Washington Post in 2016. “It was just too expensive.” And when Parker taught him to play chess, it was more of the same: “He quickly became better than me,” she has said.

Parker’s pride in her son is matched by the pride Urschel feels for his Solo Mom. He often talks about the sacrifices she made when he was growing up to give him opportunities in both math and football. Urschel’s parents separated when he was three years old, and Parker coached his soccer teams, attended the school plays and music recitals, and made snacks for PTA meetings, all while managing her career as an attorney.

Through it all, Urschel continued to grow, athletically as well as academically. Though his athleticism matched his intellectual gifts, his size was, at first, an issue. He couldn’t play football for his middle school team because his head was so large, there wasn’t a helmet big enough to protect it. So he played lacrosse and soccer instead, biding his time until freshman year. As he told Rolling Stone in 2015, “I didn’t start playing football until high school. It came along a little later in life.” He added, perhaps presciently, “Math is something I’ve done since I can remember. I’m very passionate about math—it’s something I’ve been in love with for a very, very long time.”

By the time college rolled around, Urschel had scholarship offers from schools such as Stanford, Princeton, and Cornell; he chose Penn State for its rigorous mix of solid academics and serious football. “I never wanted to have to make a choice between football and academics,” he told the Washington Post. “They were both important to me.”

He excelled at both, earning bachelor’s and master’s degrees in mathematics, getting drafted by the Baltimore Ravens in 2014, and then publishing a piece in the Journal of Computational Mathematics titled “A Cascadic Multigrid Algorithm for Computing the Fiedler Vector of Graph Laplacians” in 2015. He stayed with Baltimore until he retired from football in 2017 at age 26, and during his years on the team, his teammates were supportive of his passion for math. “They all embrace it,” Urschel told Rolling Stone. “They’ll joke with me sometimes, they like to have a good time with me about it, but they very much embrace the math and some of them think it’s pretty cool.”

Now that he’s retired from football, his plan is to begin work full time on his doctorate in mathematics at MIT. And his Solo Mom, for one, may be a tad relieved. With statistics showing that more than 40% of retired football players have shown signs of traumatic brain injury, friends and family sometimes worried about the long-term effects of the game on Urschel’s mathematically gifted brain. As far back as college, Parker would ask her son the same question after every football season: “Are you done yet?”

It would seem he is. Urschel, besides looking forward to his doctorate studies in the subject he has loved for as long as he can remember, is also enjoying time with his fiancée, with whom he’s expecting a child in December. “It wasn’t an easy decision [to retire],” he has said, “but I believe it was the right one for me.”