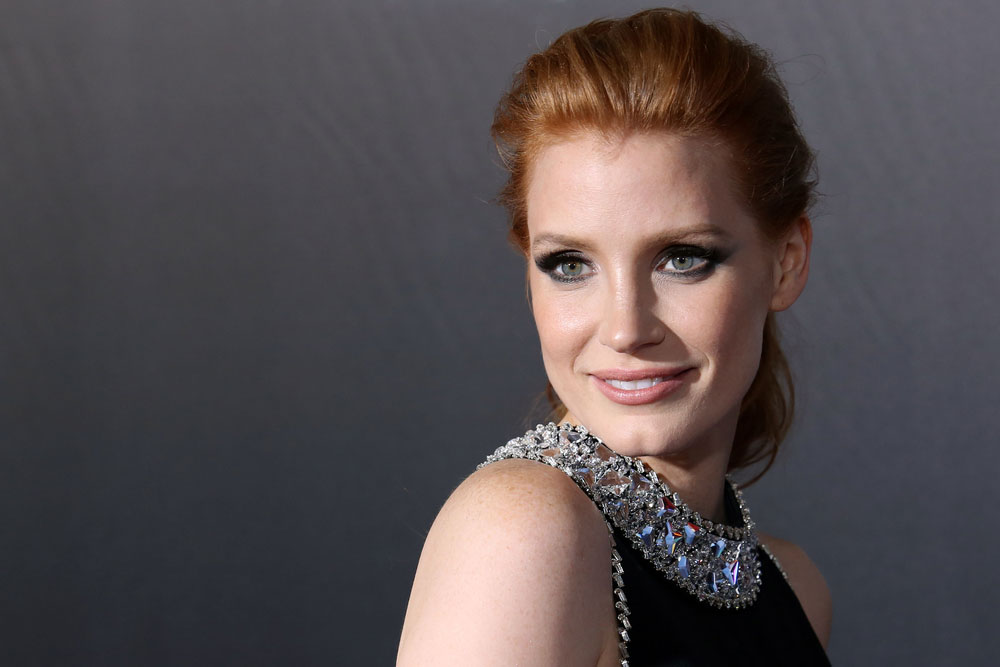 Jessica Chastain’s mom, Jerri Hastey (née Chastain), was a teenager when Jessica was born. The famously private actress has never publicly discussed her relationship with her birth dad, rock musician Michael Monasterio; Jerri and Monasterio split when Jessica and her sister Juliet were young, and over the years Monasterio did not pay child support to their Solo Mom. Chastain, who has said that no father is officially listed on her birth certificate, reportedly considers her stepfather, fireman Michael Hastey, to be her true dad. She did not attend Monasterio’s memorial service when he died unexpectedly of bronchitis in 2013, and she told Vogue that the media scrutiny and public attention surrounding that decision were “very difficult.” She said she remained silent about Monasterio’s death out of respect for Hastey.

Chastain, who has called Hastey “one of the greatest people” she knows, has remained close to mom Jerri, too. Chastain introduced her mom to veganism during one of her mom’s visits and gifted her with a food truck when her mom’s passion for cooking took off. “I’m vegan and [Mom] came to visit me and we spent two weeks together and so she just ate the food that I was eating and she felt so good she went back home and there weren’t any restaurants for her,” Chastain told the San Francisco Gate in 2014. “[S]o she was like, ‘Y’know what, I’m gonna open a restaurant,’ and she became a vegan chef and she’s really good.” Indeed. As reported by mobile-cuisine.com, Jerri’s food truck, Seed On The Go, ended up winning the 2015 Best Vegan/Vegetarian Food Truck of the Year award.

Presumably, it felt great to be able to afford to give her mom the perfect gift—particularly because Chastain understands what it means to not have enough. As a Solo Mom, Jerri sometimes had to shoplift food to feed her daughters, and in a 2013 interview with USA Today, the actress remembered times when money was tight. “I didn’t grow up with a lot of money, and we were evicted a couple times when I was a child,” Chastain said. “One time, I even came home from school and there was someone locking our doors. And he felt super guilty, and he asked me, ‘Do you want to go in and grab some things?’ So that’s happened to me a lot growing up.” Hard as those experiences were, Chastain thinks they leveled her expectations when it comes to money—and informed her choice of career. “I think growing up in a situation where money wasn’t necessary for happiness actually helped me,” she told the Jewish Telegraphic Agency (JTA) in 2017. “I realized when pursuing an acting career, it’s not something you pursue for money. I pursued it realizing I could live without. I grew up without.”

A prolific career has all but assured that financial insecurity is a thing of the past: the actress has built a successful résumé by playing chameleonic characters, from a tattoo-covered bassist in the Spanish supernatural horror film Mama to aspiring socialite Celia Foote in The Help to disco-loving Commander Melissa Lewis in The Martian to focused CIA intelligence analyst Maya in Zero Dark Thirty. She’s known for researching her characters thoroughly. For example, Chastain listened to punk music and took bass lessons as she developed a history for her character, Annabel, in Mama. “She’s not hardcore, full-on,” Chastain told MTV, describing Annabel. “She’s like the girl who went to community college, hangs out with her friends, loves punk music, and plays bass. She’ll never be famous. She’s not incredibly good at it.”

That attention to detail and history likely served Chastain well as she prepared for her role in The Zookeeper’s Wife, a film based on the nonfiction book of the same name. Chastain plays Antonina Żabińska, wife to Warsaw zoo director Jan Żabińska, who on the eve of World War II is living with a veritable menagerie in a world-class zoo. When war arrives in Warsaw, the zoo takes on a pivotal role in the Polish underground resistance, as does Antonina, with her remarkable sympathy for animals and humans alike. “The story—it’s world history,” Chastain told JTA. “In American schools you don’t learn about women in history. It was an honor for me to portray this incredible female.”

She recently was nominated for a Golden Globe in the Best Performance by an Actress in a Motion Picture—Drama category for her role as Molly Bloom in Molly’s Game, currently in theaters.